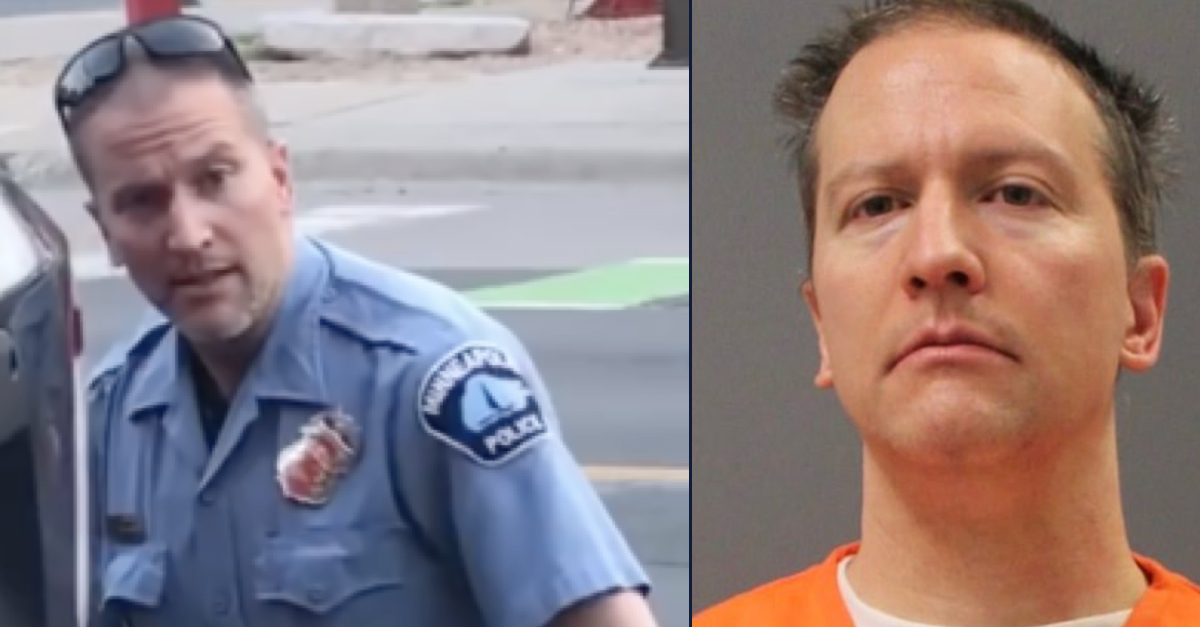 Derek Chauvin, the former Minnesota police officer found guilty of murdering George Floyd, says his trial was tainted by misconduct and publicity and is asking an appellate court to overturn his conviction.

The 82-page brief, filed Monday by attorney William F. Mohrman, argues Chauvin’s murder conviction was the result of extensive media coverage, security concerns, and misconduct on the part of prosecutors and jurors.

According to Mohrman, prosecutors failed to disclose discovery before the deadline, and then they “buried” planned rebuttal testimony “within thousands of pages of disclosure”  on the day before the rebuttal was to occur.

“The State’s pervasive, intentional discovery violations, alone, were sufficiently prejudicial as to require a new trial,” the brief says.

Mohrman also says that prosecutors allowed a witness to testify for the prosecution while allegedly wearing a Black Lives Matter T-shirt under a buttoned and collared shirt. This, according to Morhman, amounted to “prejudicial messaging” that was “clearly improper and a violation of the Court’s order [banning wearing clothing with slogans in the courtroom], which constitutes misconduct.”

Floyd, who is Black, died after Chauvin, who is white, used his knee to keep Floyd pinned face-down on the ground for more than nine minutes on May 25, 2020. Bystanders recorded the incident, and Floyd could be heard repeatedly saying “I can’t breathe.” His death sparked nationwide protests over racial injustice and police brutality. A Minnesota jury convicted Chauvin in May of murder and manslaughter.

Chauvin’s appellate brief also alleged juror misconduct, focusing on two jurors in particular—one who sat on the jury and one alternate—who Mohrman says made false statements during jury selection, improperly prejudicing the jury against Chauvin.

Mohrman also argues that the extensive media coverage around Chauvin’s trial led to an improper conviction.

“Floyd’s arrest and death, Chauvin’s identification and the riots had more media coverage in the Minneapolis/St. Paul area than any event in its history,” the brief said, later adding: “This coverage glorified Floyd and demonized Chauvin.”

The brief specifically mentions a speech from Rep. Maxine Waters (D-Calif.) in April of 2021 during a protest over the shooting death of Daunte Wright, who was Black, by Minnesota police officer Kim Potter, who is white.

“We’re looking for a guilty verdict and we’re looking to see if all of the talk that took place and has been taking place after they saw what happened to George Floyd,” Waters said at the protest. “If nothing does not happen, then we know that we got to not only stay in the street, but we have got to fight for justice.”

Mohrman said that if jurors “read about the anti-police riots or, worse, U.S. Representative Waters calling for rioters to ‘get more confrontational’ and ‘make sure that they know that we mean business’ if Chauvin was acquitted, Chauvin could not possibly get a fair trial.”

Mohrman’s law firm has a history of taking on right-wing causes, including representing health care workers who refused to get the coronavirus vaccine and leading a challenge to the results of the 2020 presidential election in Wisconsin. He took on Chauvin’s case after the former cop tried to appeal without an attorney, claiming he couldn’t afford one. After a review of Chuavin’s financial records, the Minnesota Supreme Court upheld a denial of Chauvin’s request for a public defender, finding that he had not established that he couldn’t afford a private lawyer.

Chauvin’s appellate brief also argues that Chauvin’s sentence should be “reduced to the presumptive range,” arguing that Judge Peter Cahill’s upward departure from the sentencing guidelines was improper.

Cahill sentenced Chauvin to 22 years in prison, finding the former officer’s “abuse of a position of trust” and his “treating George Floyd with particular cruelty” warranted a sentence beyond the guideline range of 12 to 15 years.

In February, a federal jury convicted Minnesota police officers Thomas Lane, J. Alexander Kueng, and Tou Thao, who were all at the scene when Chauvin pinned Floyd to the ground, of civil rights violations in Floyd’s death. They are set to go to trial in June on state charges alleging that they aided and abetted murder and manslaughter.

A spokesperson for Minnesota Attorney General Keith Ellison declined to comment. Representatives for Waters did not immediately respond to Law&Crime’s request for comment.

You can read Chauvin’s brief below.

[Images via Facebook screengrab and Minnesota Department of Corrections.]