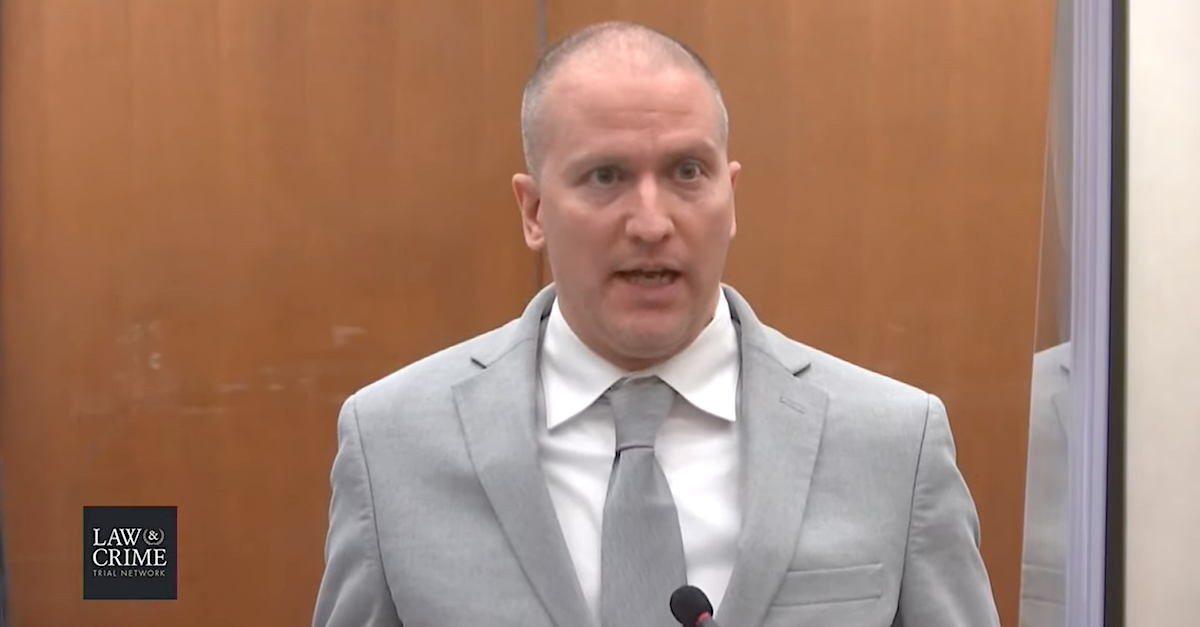 If Derek Chauvin wants an attorney to represent him as he appeals his murder conviction, he will have to hire his own, because the state isn’t required to provide one for him—at least not right now.

In a ruling Wednesday signed by Chief Justice Lorie Gildea, the Minnesota Supreme Court upheld the Office of the Minnesota Appellate Public Defender’s (OMAPD) denial of Chauvin’s request for representation. Chauvin had claimed that he didn’t have the funds to cover the cost of a private attorney.

“Having reviewed Chauvin’s request, the information provided regarding his assets and debts, and the OMAPD’s determination, we conclude that Chauvin has not established that he is entitled to appointed representation at this time,” the Supreme Court’s order said.

The court denied Chauvin’s request without prejudice, leaving the door open for a possible public defender appointment in the future, if the former police officer becomes eligible.

Under Minnesota law, it was up to Chauvin to show that he was “unable to pay the reasonable costs charged by private counsel” to defend him.

“Due to my incarceration, I do not have the sufficient means to retain private counsel for the appeal,” Chauvin said in a Sept. 23 filing. “I currently have no source income, besides nominal prison wages, nor do I own any real property or vehicles. I am currently unmarried and have no dependents.”

“My only assets are two retirement accounts,” Chauvin said in the filing. “I would face a significant penalty for early access to these retirement funds.”

At trial, Chauvin was represented by defense attorney Eric Nelson, who is still listed as Chauvin’s attorney in the federal case against him. Nelson’s law firm partner confirmed to local NBC station KARE11 that Nelson “does not represent Mr. Chauvin on the state appeal at this time.”

“The district court case for which I intend to appeal was paid for by the Minneapolis Peace and Police Officer’s Association, and I have been informed that their obligation to pay for my representation terminated upon my conviction and sentencing,” Chauvin said in his filing.

Wednesday’s ruling comes almost two weeks after Chauvin’s late-September request for in forma pauperis status, which would have given him a reprieve from having to pay the usual court fees and costs that come with pursuing a legal action.

Judge Peter Cahill, who oversaw Chauvin’s murder trial, initially granted that request, but just one day later reversed himself, and ruled that Chauvin could afford to pay his legal fees after all.

Chauvin was convicted in April of two counts of murder and one count of manslaughter in the death of George Floyd in May 2020. Bystander video and other evidence showed Chauvin kneeling on Floyd’s neck for more than nine minutes during an arrest after Floyd allegedly attempted to use a counterfeit $20 bill at a local convenience store.

Floyd’s death sparked months of racial justice marches and rallies nationwide, with many demanding changes to police practices at both the state and federal level. The George Floyd Justice in Policing Act has passed twice in the House of Representatives, but has stalled out in the Senate.

Chauvin was sentenced to more than 22 years in prison.