Woman Stuffed Dead Baby in Cabinet, Lied About Not Knowing She Was Pregnant: Deputies 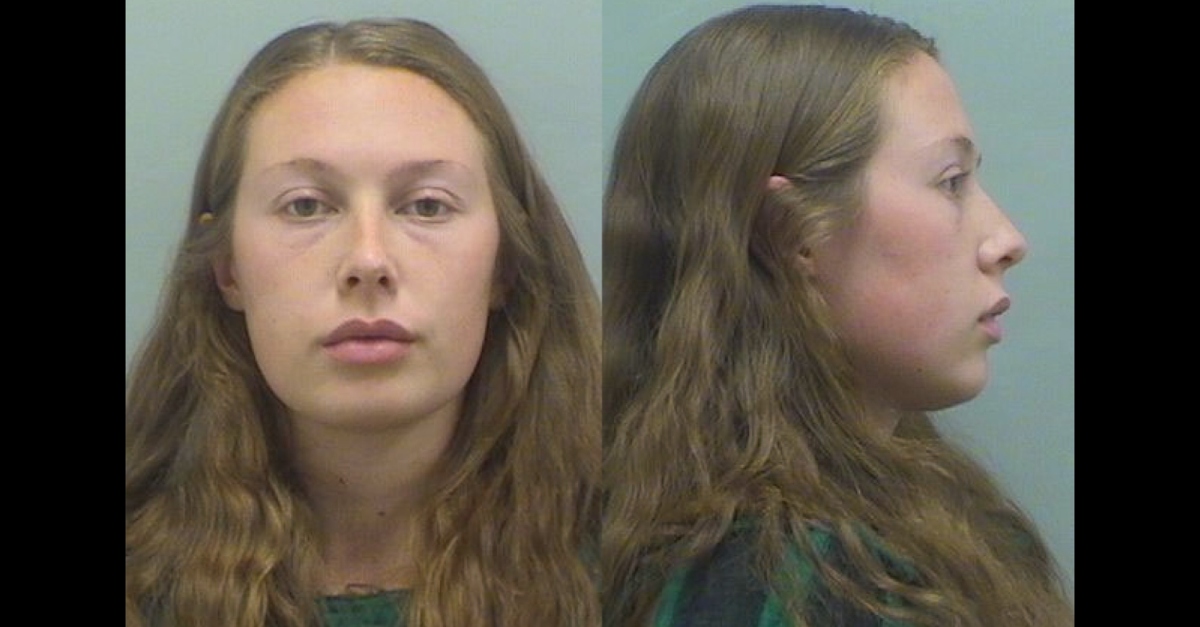 A yearlong investigation culminated with deputies arresting a young woman for allegedly murdering her newborn son. Peyton Green, 20, was arrested Thursday over in Wyoming, according to the Douglas County Sheriff’s Office in Colorado.

Authorities say Green arrived at UC Health in Highlands Ranch on Sept. 26, 2020 for vaginal bleeding. She consented to a sexual assault examination. Doctors and nurses found evidence she was pregnant. That included lacerations, the “pregnancy line,” and what they described as “placental material.” But there was no baby. Authorities worried there might be one at the home.

They searched the residence with her parents’ permission and found a dead newborn stuffed in a bag in a bathroom cabinet, authorities said.

Her parents said they did not know about a pregnancy, with her father saying that Green had been saying she was tired and had cramps. She went upstairs for a bath but was still there an hour later.

“Hey, are you about done?” he said, according to this account.

“I’ll be out in a few,” Green allegedly answered.

Green stepped out of the bathroom but fell to her knees in the hallway, the father said, according to this account. The parents were going to take her to the hospital, but she fell onto her butt on the steps. They called an ambulance.

According to investigators, Green denied ever having sex or remembering being sexually assaulted.

“I have no recollection of that,” she allegedly said. A nurse suggested that she could have been drugged or raped.

But according to officials, her mother said Green had had a boyfriend in an apparently brief relationship. This ex-boyfriend, who was stationed at Fort Carson in Colorado Springs, said he first had sex with Green in February 2020. All told, they had sex about 10 times, he said. They broke up in March or April 2020 after she accused him of cheating, he said.

But the ex-boyfriend said that Green had recently contacted him in the previous two months before his interview with authorities. She claimed she was pregnant. He did not believe this, he said, insisting they had used protection. Green blocked him, he said.

During the relationship, she told him she had had sex before, and been with eight or more people, he said.

A mutual friend, who also used to date the ex-boyfriend, told investigators that Green contacted her in June 21, 2020, claiming to be pregnant.

“[B]ro i’m pregnant with [the ex’s] kid,” Green allegedly wrote. She claimed she was 14 weeks pregnant and that he blocked her after she texted him, deputies said. She did not want his child. The women discussed ways she could get an abortion.

Investigators also said they got a search warrant for Green’s phone. They could not get much information out of it, but said she did have a password listed for a “Pregnancy Tracker” app.

The ex-boyfriend agreed to give his DNA and offered to do what he could to help in the investigation, authorities said. Testing determine he and Green were the baby’s parents.

The autopsy determined that the baby boy was almost full term and born alive. The coroner’s report had the cause and manner of death as undetermined, but suggested it was one or more of several possibilities: strangulation (possibly with the umbilical cord), asphyxiation, drowning, smothering, suffocation, hypothermia, or breathing amniotic fluid into the lungs.

Green faces a count each of murder in the first degree, tampering with a deceased human body, and attempt to influence a public servant. Her attorney did not immediately respond to a Law&Crime request for comment.