Canadian PM Trudeau Pauses for 21 Long Seconds When Asked About Trump’s Actions: ‘Horror’ in the U.S. 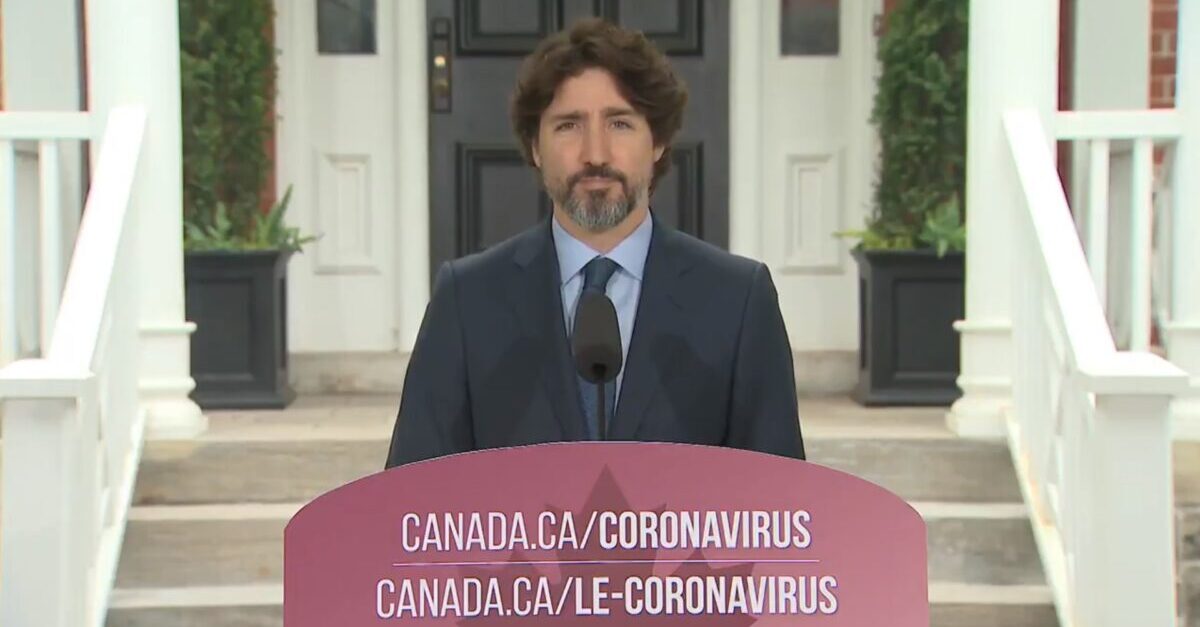 Canadian Prime Minister Justin Trudeau, a member of the Liberal Party of Canada, on Tuesday morning took a rare and measured 21-second pause before answering a question from a CBC reporter about the use of tear gas to clear protesters outside the White House on Monday evening. President Donald Trump has faced criticism by many but praise from others over the move, which many believe was taken just so that Trump could pose with a Bible outside a damaged historic church.

.@JustinTrudeau takes a long pause after being asked to comment on President Trump’s behaviour towards protests in the U.S.

“We all watch in horror & consternation what's going on in the United States. It is a time to pull people together, but it is a time to listen,” he said. pic.twitter.com/VvIQPVgRYq

“You’ve been reluctant to comment on the words and actions of the U.S. President,” the CBC reporter Tom Parry asked.  “But we do now have Donald Trump now calling for military action against protesters; we saw protesters tear gassed yesterday to make way for a presidential photo op.  I’d like to ask you what you think about that, and, if you don’t want to comment, what message do you think you’re sending?”

Then came the long twenty-one seconds.

“We all watch in horror and consternation what’s going on in the United States,” Trudeau said.  “It is a time to pull people together, but it is a time to listen.”

“It is a time to learn what injustices continue, despite progress, over years and decades, but it is a time for us, as Canadians, to recognize that we, too, have our challenges,” Canada’a chief elected official said.  “Black Canadians and racialized Canadians face discrimination as a lived reality every single day.  There is systemic discrimination in Canada, which means that our systems treat Canadians of color, Canadians who are racialized, differently than they do others.  It is something that many of us don’t see.  But, it is something that is a lived reality for racialized Canadians.  We need to see that — not just as a government and take action — but we need to see that as Canadians.  We need to be allies in the fight against discrimination.  We need to listen; we need to learn; and we need to work hard to fix — to figure out how we can be part of the solution on fixing things.”

After a brief comment about past government responses in Canada, Trudeau said, “We see you, we see the discrimination that racialized Canadians live every single day.”

Some questioned why Trudeau has not, and did not, speak out more harshly against Trump. Others suggested the silence was stronger than words.

A contender for The World’s Longest Pause for sure.

This guy has no back bone

That pause is the best unsaid thing he has ever said, I loved it.

He’s dealing with a psychopath. One who retaliates at the slightest provocation. What’s he supposed to say? Rock and a hard spot.

Last Autumn, Trudeau faced criticism of his own after old photos emerged which showed he had appeared in blackface.  He has since apologized several times.  He has also been caught apparently criticizing Trump amid a group of other world leaders gathered at Buckingham Palace.

More recently, Trudeau told Trump that Russia should not participate in this year’s G7 summit.