Boogaloo Boi Ivan Hunter Gets 52 Months in Prison for Riot 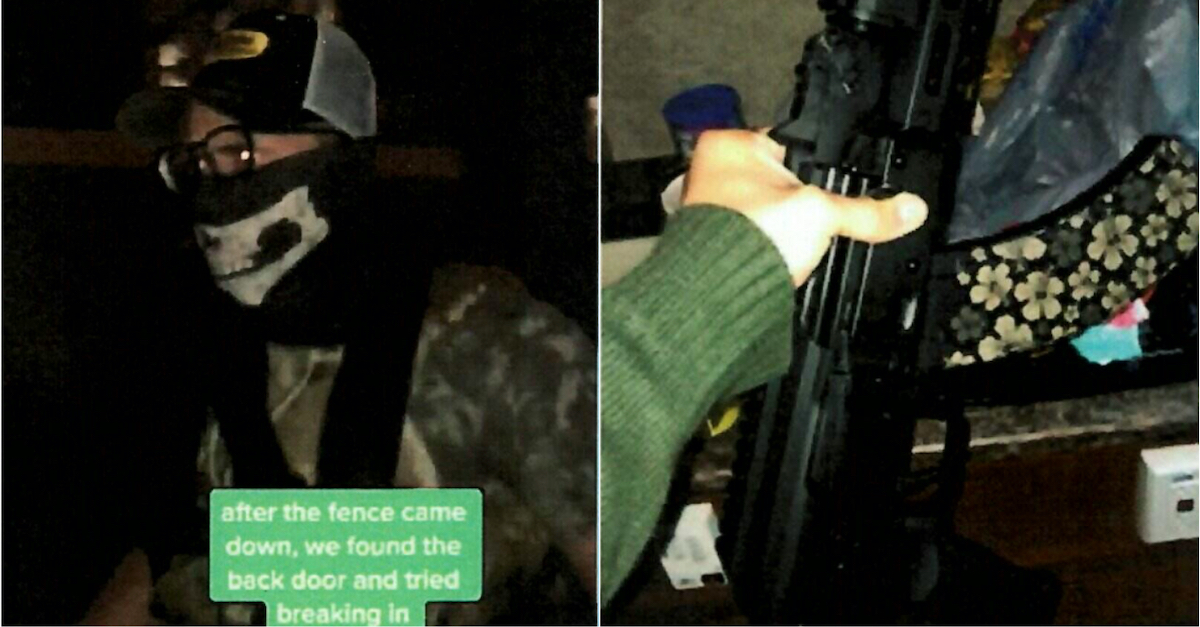 A self-described member of the Boogaloo Bois has been sentenced to more than four years in prison nearly two years after shooting more than a dozen rounds into a police building during the George Floyd protests in late May 2020.

Ivan Hunter, 24, traveled more than 1,200 miles from Texas to Minnesota with an AK-47 in tow and “blindly” fired 13 rounds into the entryway of the Minneapolis Police Department’s Third Precinct building, prosecutors say.

According to court papers, Hunter then bragged about what he had done to a confidential FBI source.

“In August, the FBI began receiving information about Hunter through a confidential human source (hereinafter ‘CHS’),” an FBI agent wrote in an affidavit supporting his criminal complaint. “Hunter admitted to the CHS that he had fired his AK-47 into the precinct building in Minneapolis, had helped set the structure on fire, and had participated in looting. Hunter told the CHS that he is a Boogaloo Bois member and that he and Carrillo were founding members of the ‘Happy Friends Group’ which, according to Hunter, is a ‘fire team’ that responds with violence if the police try to take their guns away. Hunter also referred to himself as a ‘terrorist.'”

The Boogaloo Bois are a loosely-connected anti-government group whose name refers to what they believe to be an impending second civil war in the United States. The euphemism is also a reference to the critically panned 1984 break-dancing movie “Breakin’ 2: Electric Boogaloo,” except the sequel alluded to by the extremist group is to the first American Civil War, rather than the largely forgotten first movie of the same name.

Though the movement is hard to place on a traditional political spectrum, Hunter’s attorney Joseph S. Friedberg said that his client identified as a Libertarian.

His arrest was widely perceived as corroborating suspicions that extremist groups coordinated to disrupt and co-opt protests over racial justice, as underscored by NBC’s extremism reporter Ben Collins.

This new reporting about Boogaloo Bois coordinating to disrupt and co-opt protests from across the country clearly details a domestic terror group that organized and coordinated on Facebook.https://t.co/yPP28p9YZu

Hunter was caught on tape boasting of his actions in the wake of the shooting.

“The shooter then walks toward the camera, high-fives another individual and yells, ‘Justice for Floyd!'” the FBI’s affidavit states. “The shooter is wearing a skull mask covering the lower-half of his face and can be seen wearing glasses, a distinctive baseball cap, and tactical gear.”

Authorities say that Hunter continued his bluster well after the incident.

“Investigation revealed that Hunter returned to Texas the day after shooting at the Third Precinct building,” the affidavit says. “Hunter immediately made various statements on social media about his actions in Minneapolis. For example, On May 30, Hunter sent a message to another individual stating, ‘I set fire to that precinct with the black community,’ followed by ‘Minneapolis third precinct.’ On May 31, Hunter sent the following message to another individual: ‘My mom would call the fbi if she knew what I do and at the level I’m at w[ith] it.'”

Hunter continued his bluster the following month with a pair of Facebook messages on June 2, 2020: “Protesters shoot back” and “Tbh [to be honest] I don’t expect to be here next year.”

He was arrested and charged with participating in a riot in October 2020, a charge he would plead guilty to the following year.

Trying to reduce his client’s sentence, Hunter’s defense attorney pointed to his diagnosis on the autism spectrum and asserted that “many months in jail caused him to question his beliefs.

“His most aggressive act once arriving in Minnesota was to discharge his weapon into the burning Third Precinct home quarters, only after he was sure that it had been emptied of its inhabitants,” Friedberg wrote in a sentencing memo. “It was a symbolic act that he has certainly come to regret.”

Authorities say that the gunfire caused approximately $85,000 in damage to the building.