‘Boogaloo Boi,’ Who Was in Contact with Alleged Cop Killer, Shot at Minneapolis Police Station During George Floyd Protests: DOJ 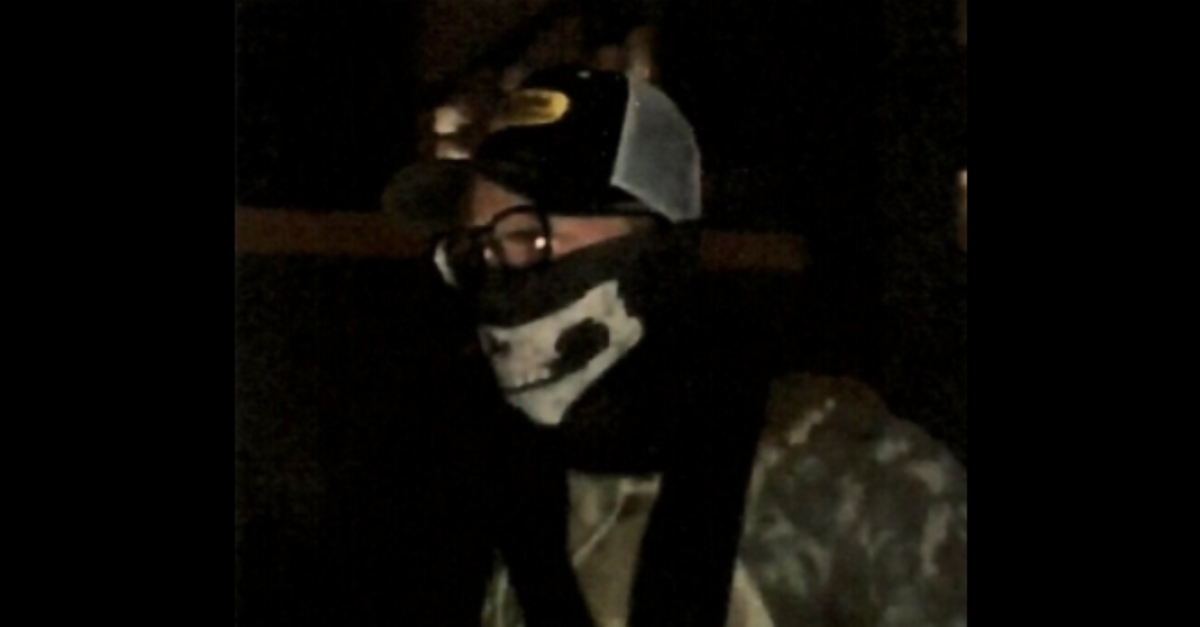 A Texas man is accused of opening fire at a Minneapolis police station amid protests over the death of George Floyd. Defendant Ivan Harrison Hunter, 26, was arrested Wednesday, according to the Department of Justice. They described him as a self-proclaimed member of the “Boogaloo Bois.” From the statement:

The Boogaloo Bois are a loosely-connected group of individuals who espouse violent anti-government sentiments. The term “Boogaloo” itself references an impending second civil war in the United States and is associated with violent uprisings against the government.

Authorities say Hunter fired 13 rounds from an AK-47 style semiautomatic rifle at the Minneapolis Police Department’s Third Precinct building on May 27. Investigators said he was seen on camera wearing a skull mask, glasses, a “distinctive baseball cap,” and tactical gear. He allegedly high-fived another person, and yelled, “Justice for Floyd!”

A criminal defendant, who is cooperating in the case for hopes of a less severe sentence, also identified Hunter at the person who fired the AK-47 style rifle, authorities said. (Investigators noted that they were currently unaware of any connection between Boogaloo Bois and two men charged with arson in related to the burning of the Third Precinct building.)

“I set fire to that precinct with the black community,” Hunter allegedly wrote to a person on social media, adding “Minneapolis third precinct.”

Floyd was Black. Hunter is white, as apparent in pictures exhibited in the criminal complaint. According to authorities, he voiced support for Black Panthers while on social media.

This new reporting about Boogaloo Bois coordinating to disrupt and co-opt protests from across the country clearly details a domestic terror group that organized and coordinated on Facebook.https://t.co/yPP28p9YZu

Many people on this website were extremely vocal about their skepticism that far right agitators were provoking violence in Minneapolis and elsewhere during the post-George Floyd protests. More documentation from police that precisely that was going on https://t.co/XxDWKpNKWt

Officials also noted a link between this defendant, and fellow “Boogaloo Boi” Steve Carrillo, the alleged killer of Federal Protection officer David Patrick Underwood and Santa Cruz County Sheriff’s Office Sergeant Damon Gutzwiller. They were allegedly in communication with one another, and judging by the messages, they were on friendly terms. In a June 1 Facebook message, Hunter allegedly asked Carillo for money, telling him he was going to “be in the woods for a bit.” Carillo answered with $200 via an app, and told him to “stay safe.”

“You too king!” Hunter said.

Steve Carrillo would be arrested in Gutzwiller’s death on June 6, and later charged with killing Underwood.

Hunter is charged with one count of participating in a riot. It is unclear if he has an attorney in this matter.