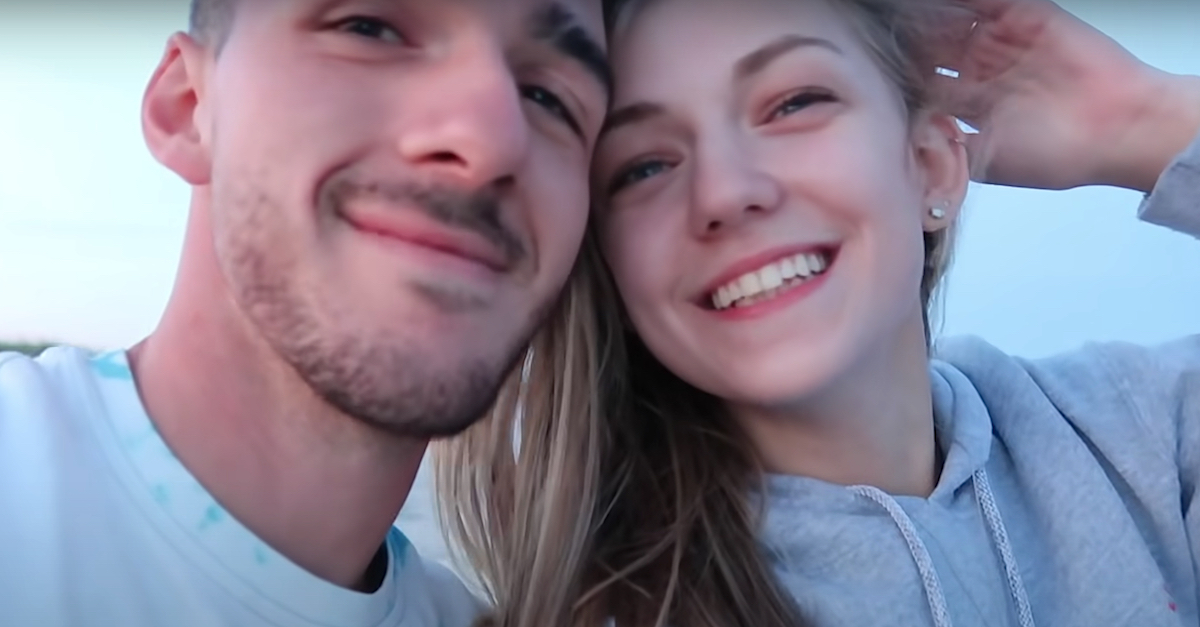 The estate of murder victim Gabby Petito has settled a Sarasota County, Florida-based wrongful death lawsuit against the estate of admitted killer Brian Laundrie for $3 million.  That’s according to court records filed in Sarasota County, Florida, early Thursday afternoon that have been obtained and reviewed by Law&Crime.  A lawyer for the Petito family, Patrick J. Reilly, also confirmed the settlement to Law&Crime via email.

The wrongful death lawsuit, filed on May 6, 2022, is one of several active civil cases surrounding the killing of Petito at the hands of her then-fiance Laundrie.

Laundrie killed Petito on or around Aug. 27, 2021, while the two were on a cross-country social-media-infused camping trip in a white van, he admitted in a journal recovered from a Florida wildlife preserve where he later took his own life.

Gabby’s mother Nichole Schmidt, as administrator of her daughter’s estate, pressed the case against Laundrie’s estate.  Barry F. Spivey was named as the opposing party since he served as “curator” of Laundrie’s estate.

“The death of Gabrielle Venora Petito resulted from the intentional acts of Brian Laundrie,” the original wrongful death complaint alleged.  “As a direct and proximate consequence of Brian Laundrie’s tortious conduct, Nichole Schmidt and Joseph Petito incurred funeral and burial expenses, and they have suffered a loss of care and comfort, and have suffered a loss of probable future companionship, society and comfort.”

Laundrie’s parents signed off on the settlement, the court records indicate.  The relevant section of a “final judgment” document filed Thursday reads as follows:

The document also says Laundrie’s parents “shall complete under oath” a so-called “Fact Information Sheet” and return it to the plaintiffs “within 45 days” — unless the full value of the judgment is either satisfied or stayed.  The sheet in question, Fla.R.Civ.P. Form 1.977, contains blanks for the Laundries to enter their names, legal addresses, employment data, salary, income, and personal financial situation.

This is not a global settlement.  It only resolves the wrongful death claim against Brian Laundrie’s Estate.  The lawsuit against Christopher and Roberta Laundrie individually continues.

Indeed, as Law&Crime noted by examining both court files on Thursday, the separate emotional distress case contains no record of a settlement.

Petito’s family recently — and separately — sued the Moab, Utah police department and several police officials over its handling of a domestic violence call between Gabby and Brain.  That case is in its infancy and almost surely is not affected by Thursday’s settlement.

Reilly, the Petito family’s attorney, released the following statement in full about the settlement:

A Final Judgment by Stipulation of the parties in the amount of $3 million has been entered in the wrongful death case filed against the Estate of Brian Laundrie and in favor of Nichole Schmidt as Administrator of the Estate of Gabrielle Venora Petito. As a result, trial which has been scheduled for December, 2022 will not be held.

The Petito family lost their daughter, and they were also denied the opportunity to confront her killer. No amount of money is sufficient to compensate the Petito family for the loss of their daughter, Gabby, at the hands of Brian Laundrie. Brian did not have $3 million; it’s an arbitrary number. Whatever monies they do receive will help Gabby’s family in their endeavors with the Gabby Petito Foundation. The Gabby Petito Foundation will continue to address the needs of organizations that support locating missing persons and to provide aid to organizations that assist victims of domestic violence situations, through education, awareness, and prevention strategies. Joseph Petito and Nichole Schmidt wish to turn their personal tragedy into a positive. It is their hope that Gabby’s foundation will bring these important issues into the forefront of the public eye to the benefit of all our communities.

The original May 6, 2022 complaint and Thursday’s settlement documents are all available here.