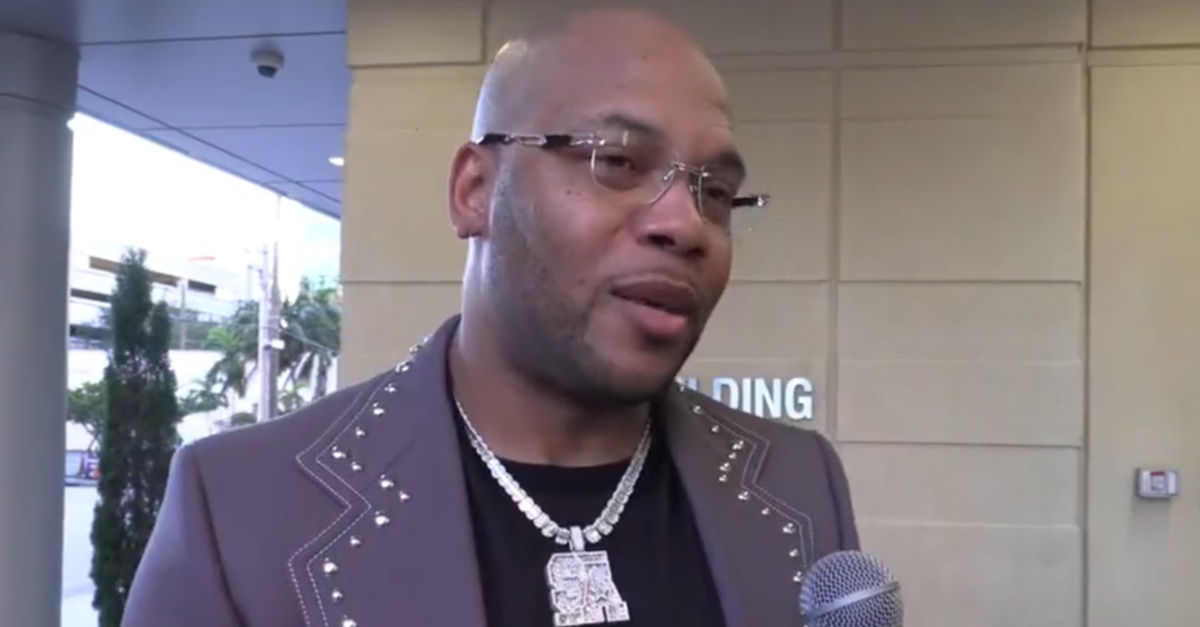 Jurors returned a verdict in favor of Flo Rida in his lawsuit against the energy drink company Celsius. The musician, legal name Tramar Dillard, said the company still owed him money from an endorsement deal he started with them in 2014 and renewed in 2016. Jurors awarded him a total of $82,640,450 in damages.

“By way of background, Flo Rida maintained a successful endorsement partnership with Celsius which was highly effective in opening new doors for Celsius and its products,” the plaintiffs, including Flo Rida’s company Strong Arm productions, wrote in their original complaint.

Attorney John Uustal said in closing arguments his client wanted the one-percent ownership he was promised, not necessarily a specific dollar amount. He maintained that partnership with Dillard turned around the ailing company’s fortunes for the better.

“It’s about my passion,” the rapper said of the case, speaking to the Law&Crime Network on Tuesday after jurors did not return a verdict. “It’s about my team. It’s about my dedication. It’s about something that I started years ago and just to see it come full fledged like this–I hate for it to be this way.”

John Fieldly, CEO of Celsius Holdings, testified on Friday that his company’s growth was due to his team’s work, not from seconds in a music video. But jurors determined on Wednesday that the company not only breached their agreements with Flo Rida, but also fraudulently hid this from him.

In their answer to the original complaint, Celsius maintained that the statute of limitations ran out, that they already paid Flo Rida “far in excess of what he is entitled to,” and that he should have brought the claim sooner. They filed a countersuit, seeking money back.

“The first agreement was executed in March of 2014, and Plaintiffs made no pursuit of the allegations herein until seven years later,” they said.

That first agreement ended in March 2016.

“For over five years the Plaintiffs failed to take material action when Plaintiffs should have,” they argued.

The plaintiff team said that Celsius’ deception is why they took so long to seek damages. In an accounting claim, the lawsuit said Celsius “failed to properly handle the royalty calculations, payments and stock transfers and instead retained funds and assets to which Plaintiffs were entitled.”

“These material facts were concealed from Plaintiffs which delayed the discovery of Defendant’s wrongdoing and deprived them from knowledge relating to their entitlement to additional royalties and shares,” the lawsuit stated.

The jury determined on Wednesday that the defense failed to show the plaintiffs waived their right to seek more compensation.