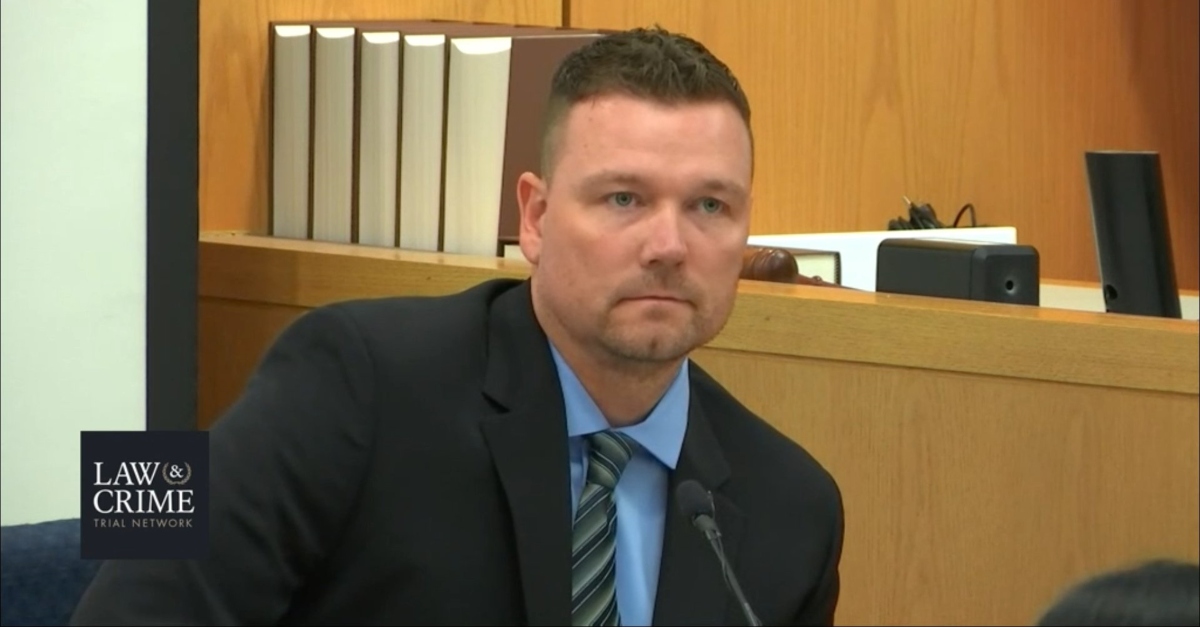 The defense has said murder defendant Donald Hartung Sr., 63, loved his family, and that there’s no way he could have killed his mom and two half-brothers. Another relative is adding a disturbing wrinkle to the case.

Son Donald Hartung Jr. testified Friday that when he was young, victim John William Smith, 49, once exposed himself to him.

#HartungTrial – Son says when he was little his uncle John exposed himself to him. He told his mom who told his dad. He dad (defendant) told his mother who sided with John. Earlier the jailhouse informant said Hartung told him about this and part of why he was mad at him mom. pic.twitter.com/iD1Z2VtlK0

John Smith isn’t the one on trial here–quite the opposite–but depending on how jurors see it, Hartung Jr.’s story could buttress testimony from a jailhouse informant.

Marlin Devon Purifoy said Friday that Hartung Sr. confessed to him the 2015 murders of Smith, 47-year-old brother Richard Thomas Smith, and  77-year-old mother Voncile Smith. The alleged motive was money–mom cut Hartung Sr. and Jr. out of the will–but the defendant allegedly told Purifoy that John Smith molested Donald Hartung Jr. This was a source of contention for the family, according to this story.

The informant is in the early years of a 30-year prison sentence for attempted murder of his girlfriend. During cross-examination, Hartung lawyer Sharon K. Wilson tried to suggest the 45-year-old witness was just playing prosecutors for less time behind bars, and that he read the defendant’s discovery papers to learn more about the case.

Law&Crime Network analysts Julie Rendelman and Roger P. Foley, criminal defense lawyers unaffiliated with the case, have both described this informant’s testimony as being extremely vulnerable to cross-examination.

“The defense is destroying him on cross,” Rendelman told Law&Crime in an email. “Calmly walking him through each and every inconsistent statement he has made in the past.”

Foley went as far as to stop on the side of the road to shoot a video of his thoughts.

“There’s no case,” he said. “How the hell does this get charged?”

The defense said there’s no evidence Hartung Sr. had seen the will. The mother told the defendant she left him out of the will in 2012, Purifoy said. According to the prosecution’s opening statement, Voncile Smith left her son out not because of lack of love, but ostensibly because he could care for himself. According to Purifoy’s account, Hartung Sr. said his mother always treated him differently from his brothers because they had different fathers.

Jurors are getting mixed signals about the family dynamic. The defendant’s DNA was found at his mom’s house, but the defense said he cooked dinner there at least every Tuesday. But Hartung Jr.’s testimony revealed cracks and distance dating back years.

#HartungTrial – The son says he hadn’t seen his father since he was 17, he would occasionally talk on the phone with him. pic.twitter.com/pMp3nijdeB