Donald Hartung Convicted of Murdering His Mom and Two Half Brothers 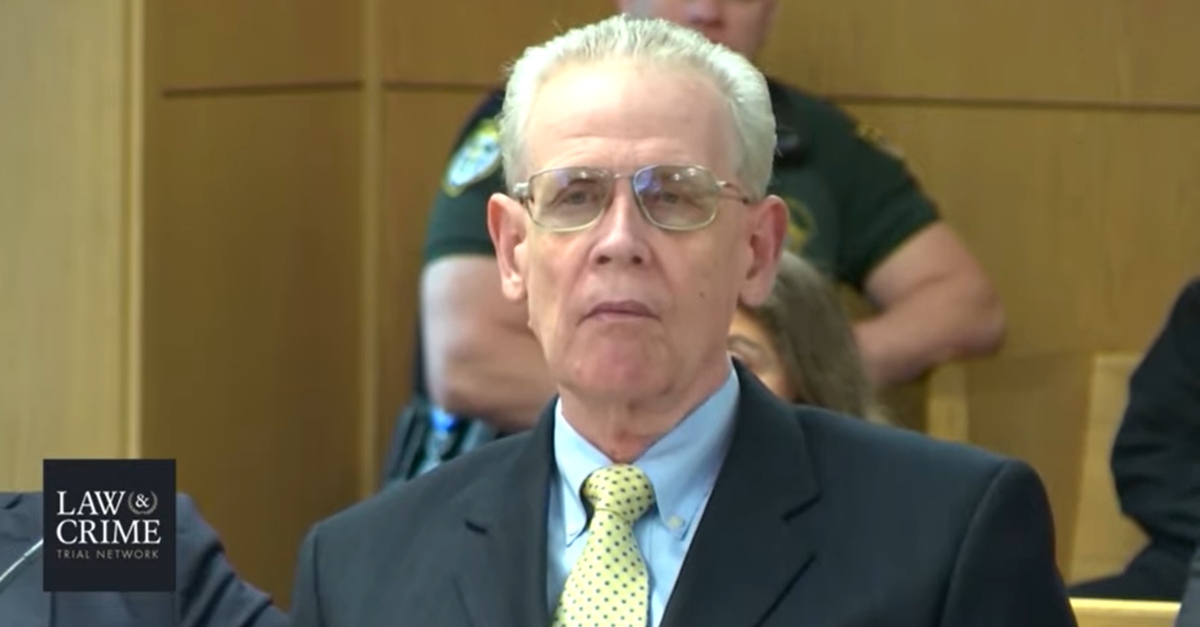 Florida man Donald Hartung was found guilty in the murders of his mother Voncile Smith, 77, and his half brothers John William Smith, 49, and Richard Thomas Smith, 47.

Prosecutors said he either shot, struck, or slashed them to death. The alleged motive: His mom cut him out of the inheritance, and he also killed his brothers to make sure they wouldn’t get the money instead of him.

Hartung’s defense maintained at closing arguments that he was an open book with authorities: He had nothing to hide, and cooperated in the investigation.

#HartungTrial – Defense closing argument concentrates on Hartung’s cooperation with police. He said defendant had nothing to hide, willingly spoke to police, didn’t ask for an atty, offered to take a polygraph, agreed to having his home searched.

Both sides disputed the timeline of events. The state argued the murders happened on July 28, 2015, on a Tuesday. This was the day Hartung routinely visited and cooked dinner for his family at the residence. The defense tried to show that the slayings possibly happened a while after he left.

#HartungTrial – Cigarette with Hartung’s DNA on it found inside the garbage can ON TOP of bloody towels. Prosecutor says Hartung forgot to take the garbage with him after the murders. pic.twitter.com/fWMhm96gb9

#HartungTrial – Defense calls a forensic pathologist that reviewed the autopsy reports/photos. Questions surround the possibility that the murders didn’t occur on the 28th. Donald Hartung was last at the house on July 28th, bodies were discovered on July 31st.

The defendant didn’t testify, but initially talked to cops. From the official interview:

#HartungTrial – Hartung says he got to his mother’s house on July 28 around 1pm. He played with the dog for a little bit then went inside the house. He said his mother and John were there. John was off work that day.

Hartung’s case initially caught attention in part because he was a Wiccan, and a local sheriff suggested the slayings appeared ritualistic. The defense pooh-poohed that assertion, being up an expert witness who said Wiccans aren’t into ritualistic slayings.

Marlin Devon Purifoy, 45, testified that the defendant confessed the killings at length to him while they were both in jail. During cross-examination, the defense suggested that this informant, who was serving 30 years in prison for attempted murder, could’ve learned about the homicides from Hartung’s discovery papers, and was just angling for a shorter sentence.