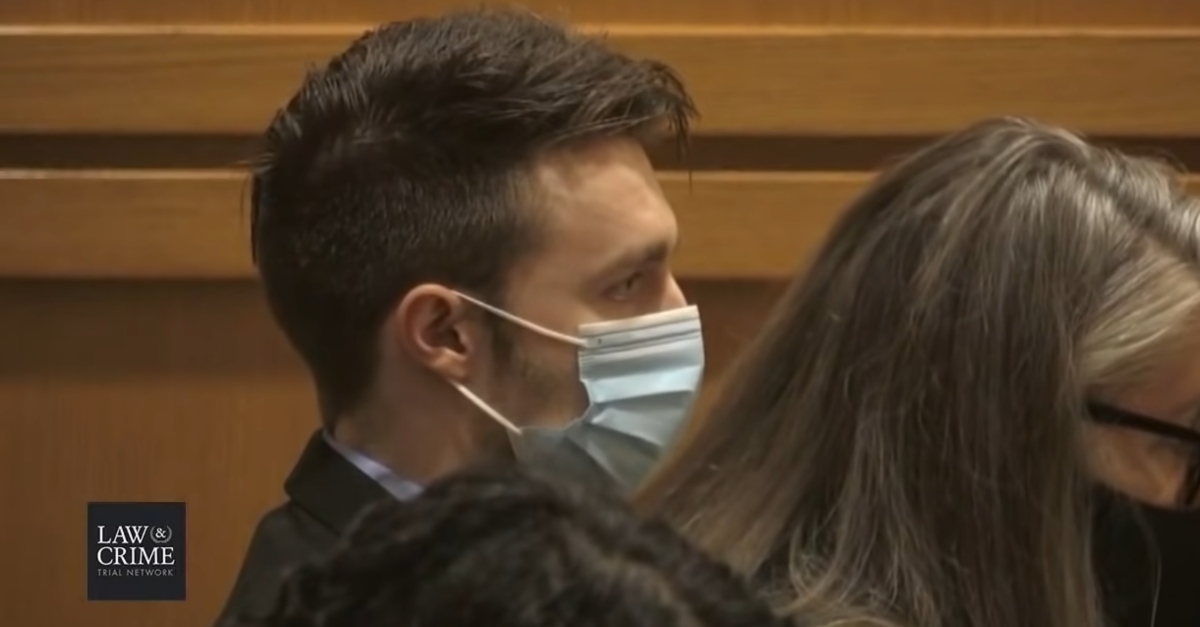 #Update: Judge John Hyland denies #ChandlerHalderson‘s motion to waive his appearance at sentencing. That means Halderson will be present for sentencing tomorrow at 1:30 p.m. CT. Follow @LawCrimeNetwork for the latest development in the case. pic.twitter.com/h61ixvWtjf

You can read the original article below.

The man convicted of murdering and dismembering his parents wants to skip his sentencing set for Thursday. Wisconsin prosecutors aren’t having it. They want defendant Chandler Halderson, 24, to face the music for killing his father Bart Halderson, 50, and mom Krista Halderson, 53.

“The defendant has no right to simply skip court hearings that might be uncomfortable or to avoid finally being held responsible for his behavior,” Dane County Deputy District Attorney William Brown wrote Judge John Hyland, according to WISC.

He took Halderson to task as a convicted murderer, “body mutilator and liar,” saying, “His request to skip his sentencing hearing is absurd and is an affront to the public’s interest and expectation of its court system.”

“Mr. Halderson consents to be absent from the sentencing hearing in this case,” Dorl wrote. “He waives any rights he has to be present, and not only consents but requests to be absent.”

Brown argued that defendants’ rights are not limitless. In this case, Halderson does not have a legitimate reason to skip court, he said.

Before killing his parents, Halderson presented himself to the world as a successful person. He pretended to be a college student, working at an insurance company and getting a job offer from SpaceX, prosecutors said. Halderson said he volunteered on a scuba rescue team. Apparently, things took a turn for the tragic when he claimed to have fallen down stairs and sustained a serious concussion. The SpaceX job would have required moving down to Florida, but he had to give it up because he got hurt.

But prosecutors said he was just weaving an elaborate web of lies so he could mooch off of his parents. In truth, Halderson flunked out of school after a semester. He told a series of lies to his father about why the insurance company wasn’t paying him, and even faked his injuries as an escape hatch from his non-existent job offer from SpaceX.

Halderson killed his parents after his father confirmed he was not even attending college, prosecutors said. He cut up the victims’ bodies, and hid the remains throughout Wisconsin, even taking advantage of his girlfriend’s family to hide Bart’s torso on their property. From this body part, authorities were able to determine Halderson shot his father in the back. But investigators have only been able to find parts of Krista’s leg. They cannot determine how her son killed her.