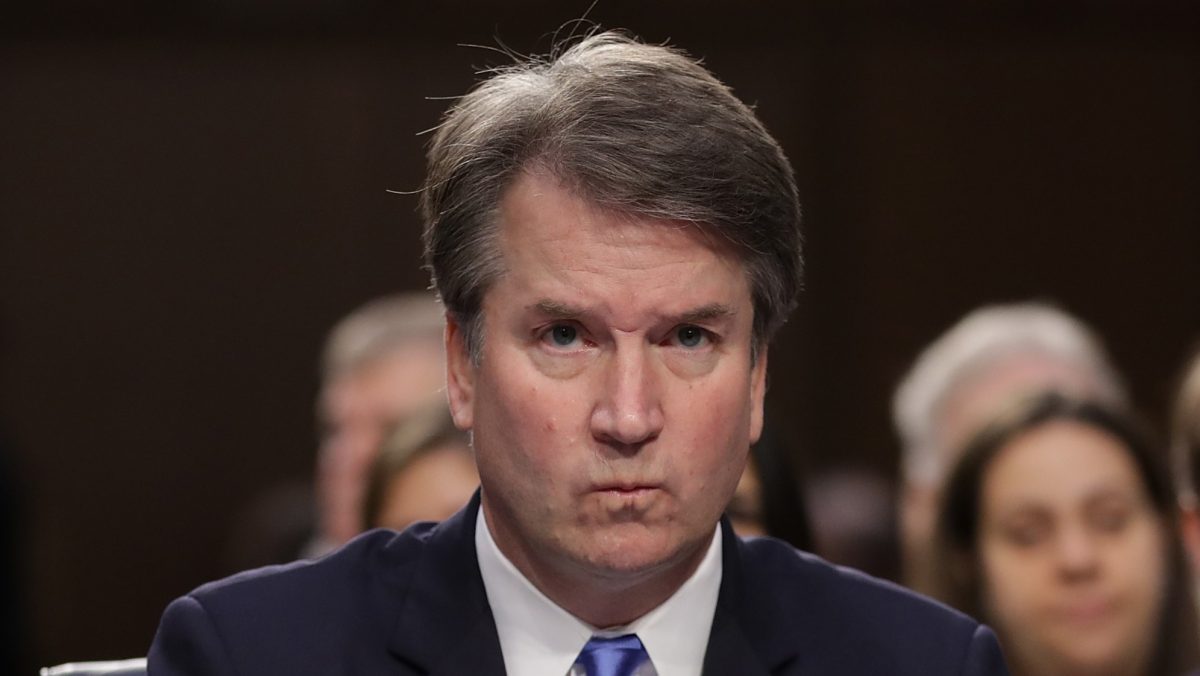 Although Wednesday was the second day of Supreme Court confirmation hearings for Judge Brett Kavanaugh, it was the first day that President Donald Trump‘s nominee had the opportunity to answer questions from the Senate Judiciary Committee.

As expected, it got pretty wild, and not just because of the frequent outbursts from protesters.  These were some of the most controversial moments of the day.

This was the big deal issue that Democrats rallied behind going into the hearing, and kept pressing on after it began. It stems from Kavanaugh’s confirmation hearing when he was first nominated to be a federal judge in 2006 and was asked about his role in discussions regarding issues pertaining to detention and enhanced interrogation of enemy combatants.

Kavanaugh said he played no part in such discussions, but Democrats pointed to evidence that he was involved in certain talks. Senators, including Orrin Hatch (R-Utah), Dick Durbin (D-Ill.), and Patrick Leahy (D-Vermont), asked Kavanaugh about this.

Kavanaugh doubled down on his past statements, insisting that he told the truth about his involvement.

Kavanaugh later told Senator Leahy that he first learned of the interrogation program when he read about it in the The New York Times.

Senator Dianne Feinstein (D-California) pressed Kavanaugh on his feelings about a woman’s right to choose to get an abortion, and the Supreme Court case Roe v. Wade that legalized abortion.

Kavanaugh, known to be a staunch conservative, avoided speaking about his personal values, but recognized how important the issue is to others. He focused on the importance of regarding the Supreme Court’s precedence on the issue of abortion, emphasizing that not only is Roe significant precedent, but also Planned Parenthood v. Casey. He said this reaffirmed Roe as “precedent on precedent.”

Feinstein tried to press Kavanaugh on his personal views on whether he thinks abortion should be legal, but he didn’t take the bait, instead focusing on his respect for the cases that already handled that issue.

3. Stolen Email from a Democratic Senator

Senator Leahy brought up a controversial matter involving emails stolen from Democrats by Manny Miranda, a former Republican staffer for the Senate Judiciary Committee. Leahy pointed to one particular email that Kavanaugh received while working for the White House Counsel’s office, having to do with information Leahy was interested in regarding a judicial confirmation. Kavanaugh was working on facilitating the confirmation, and Leahy questioned his possession of what he said was a stolen email.

The conversation became a little awkward, as Kavanaugh flipped through a copy of the emails, defending himself by saying none of the emails on that chain were sent by him. He also maintained that he was not aware when he received that email that it had been stolen.

4. Just How Far Does the Pardon Power Go?

This was one of the key issues on Senator Patrick Leahy’s mind when he grilled Kavanaugh. First, Leahy asked whether a president can pardon someone in exchange for a bribe. Kavanaugh warned that this was a multifaceted question, where the issue of how the pardon itself would be treated should be considered aside from whether the pardoner or pardonee could then face charges.

Then came the big question: can a president pardon themselves? Unfortunately for viewers, Kavanaugh didn’t give an answer, stating that he’s never analyzed the issue.

“It’s a question therefore that’s a hypothetical question that I can’t begin to answer in this context as a sitting judge and as a nominee to the Supreme Court,” he said.

Leahy then asked if a president can pardon someone in exchange for that person not testifying against them. Again, a dodge, but Kavanaugh gave a good reason for his non-answer.

“When we decide, we get briefs and arguments of the parties, we have a record, we have an appendix with all the information, we have amicus briefs,” he said, pointing out that he can’t just pull an answer to something like this out of thin air. “I never decide anything alone. I’m on a panel of three, and if I’m confirmed to the Supreme Court I’d be on a team of nine.”