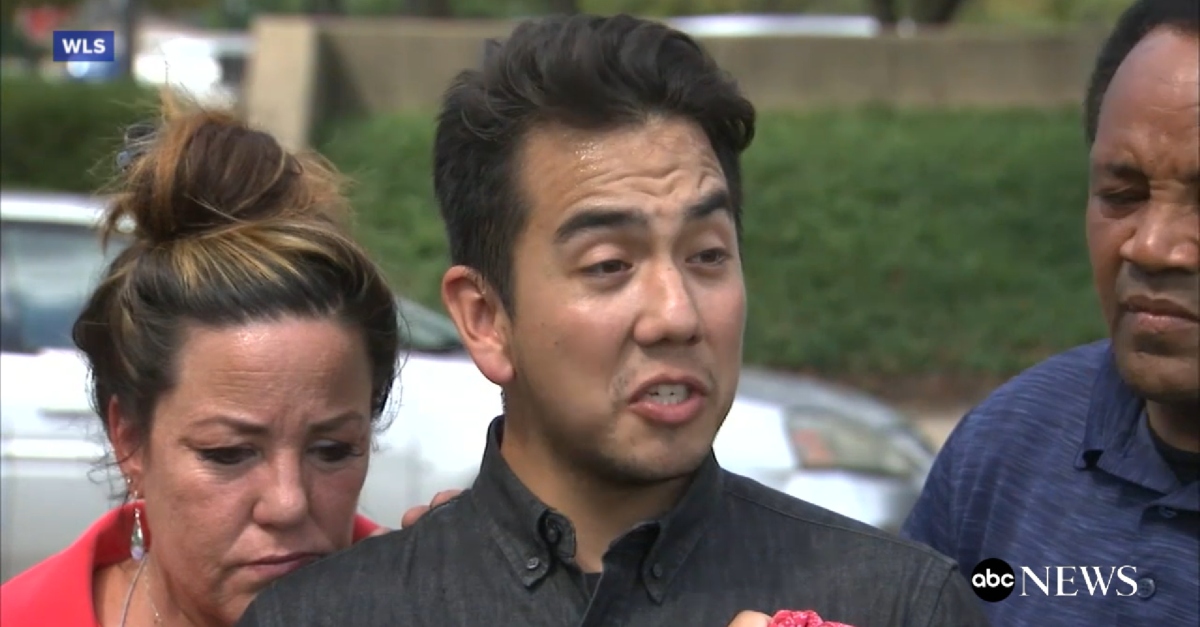 A cancer survivor was shot and killed Sunday just hours after arriving at Chicago to start a PhD program, said his loved ones. Shane Colombo was 25.

Cops said that he was shot in the abdomen while out by Clark and Howard streets, the victim of a stay bullet from a shootout between two people, according to ABC News.

No suspects have been identified. Cops released surveillance images showing three people sought for interviews in connection to the incident.

UPDATE: #ChicagoPolice release surveillance images of “subjects” they wish to interview in connection with a crossfire shooting death in Rogers Park … https://t.co/IESR3ntcWL pic.twitter.com/kanKW241Xn

Fiancé Vincent Perez said he last spoke to Colombo only a short time before the shooting.

25-year-old Shane Colombo was shot and killed Sunday night in Rogers Park. He was starting a PhD program at @NorthwesternU this fall and was only in the city for four hours when he was caught in crossfire. @fox32news pic.twitter.com/waztWB30yO

“I told him, ‘You need to stay home,'” he said during the press conference on Tuesday. “‘You need to rest. You just got in.'”

Perez said he got worried after Colombo stopped texting him. He checked his location on the phone, and found out his fiancé was in the hospital.

“I called, and they told me he had just passed when I called,” he said. “So I didn’t get to say goodbye to him.”

Colombo’s mother Tonya Colombo told ABC News that she last saw to her son when she kissed him goodbye before his flight from California that morning. She said Shane was going to Chicago to study clinical psychology at Northwestern University.

“I was very concerned about him coming out here, and he was killed within four hours of being in the city, four hours of stepping off that plane,” she said.

He survived getting lymphoma at age 15, she said.

[Screengrab via ABC; Perez at center. Tonya Colombo on his immediate right]