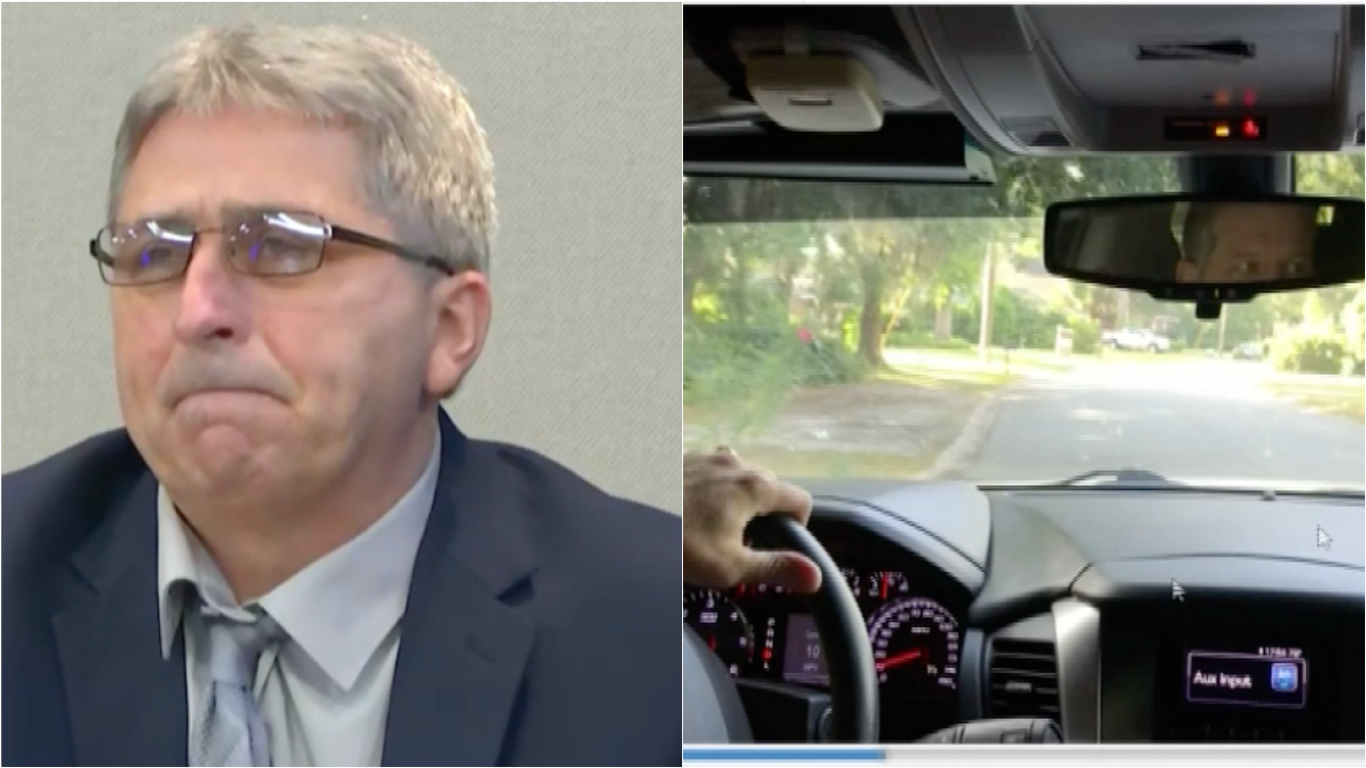 A Georgia investigator rolled tape on a recreation of William “Roddie” Bryan’s (left) drive in pursuit of Ahmaud Arbery during testimony in the murder trial on Friday. A still frame from the recreation is on the right. (Photos via Law&Crime)

One of three men charged with murder in the death of Ahmaud Arbery told a Georgia investigator how he came to believe that the 25-year-old Black man seemed suspicious.

Seacrist said he’d just asked Bryan: “What made you think he had done— he might have done something wrong?”

Agent Seacrist recounted the conversation with Bryan months after Bryan’s co-defendant Travis McMichael shot Arbery to death on Feb. 23, 2020 of that year. Footage of the shooting that Bryan recorded would not emerge until May 3, 2020, renewing national attention to Arbery’s death and sparking scrutiny from the Georgia Bureau of Investigation.

Gunman Travis McMichael and his father Greg McMichael would be arrested two days after the emergence of the video.

Later that month, Agent Seacrist paid Bryan a visit, where the investigator asked the 52-year-old why he pursued Arbery.

Asked by the agent why that was important, Bryan allegedly responded: “Because I figured he had done something wrong.”

When Seacrist pressed him for an explanation why he believed that was, Bryan made his comment about operating on “just instinct.” The remark is particularly significant in light of lead prosecutor Linda Dunikoski’s opening statement framing the story of Arbery’s alleged murder as one about “assumptions and driveway decisions.”

On Friday afternoon, Assistant District Attorney Larissa Ollivierre had Seacrist narrate a video that he took recreating Bryan’s car chase pursuing a running Arbery. The state entered the video into evidence, and the footage rolled silently as the investigating agent described what he said Bryan told him about the chase.

“Did Bryan say that he heard Ahmaud say anything during the chase?” Olliviere asked.

On cross-examination, Bryan’s attorney Kevin Gough noted that his client was not read Miranda warnings during the time of the interview. Seacrist responded that this was because Bryan was not under arrest, spoke voluntarily and told that he was free to leave throughout the two-hour interview.

Earlier in the trial, multiple local law enforcement officials from the Glynn County Police Department took the witness stand and questioning was largely friendly from the prosecution and defense tables. Glynn County officials are now the subject of a federal lawsuit by Arbery’s mother Wanda Cooper accusing them of complicity in a cover-up of her son’s death. The cordial tenor of questioning of law enforcement evaporated when Gough questioned Seacrist, whom the lawyer suggested misled his client by treating him as a witness rather than a suspect.

Seacrist denied the imputation, telling that he treats everyone he interviews with respect. The agent added that he has received text messages from people he arrested thanking him.

During those May 11 and 13 interviews, Seacrist said he noticed a difference between Bryan’s statements to Glynn County police and those provided to state investigators.

Whereas Bryan’s comments to Glynn County investigators were “more direct,” the suspect’s statements to Seacrist “minimized his involvement in that process,” the agent said.

Seacrist’s testimony ended the trial proceedings, which will resume on Monday.