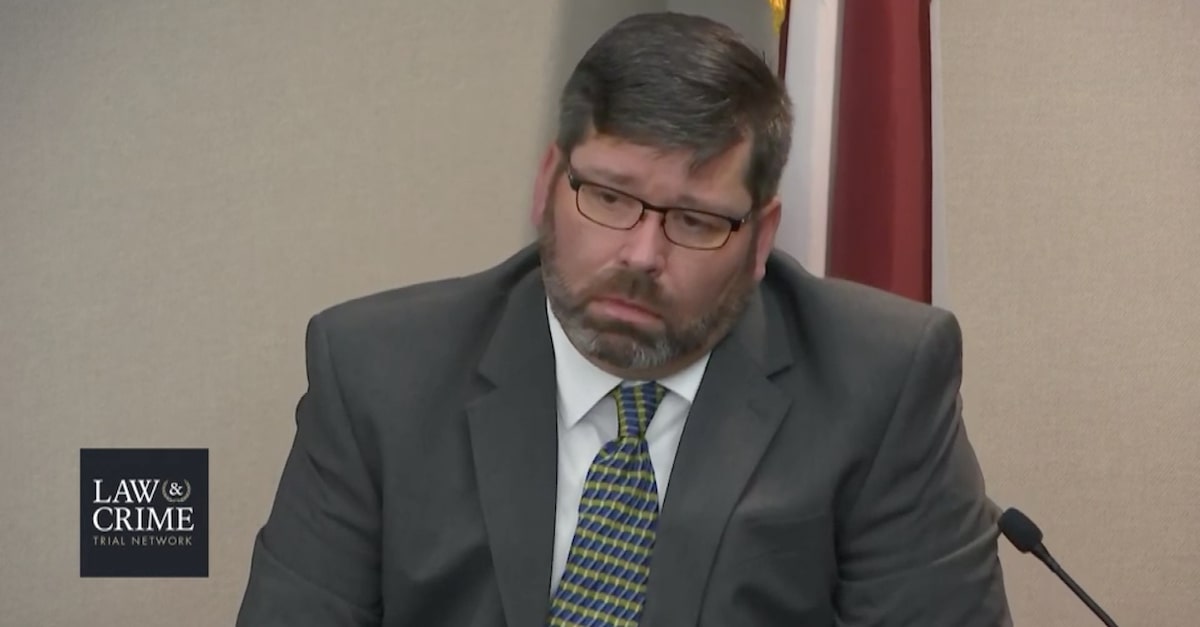 Glynn County Police Officer Robert Rash, who has been sued by Ahmaud Arbery’s family, testified that he “never” intended to deputize the men accused of murder.

A Georgia police officer sued by the family of Ahmaud Arbery testified on Friday that he “never” intended to deputize the murder defendants to protect the area where Arbery was shot and killed.

Glynn County Police Officer Robert Rash’s testimony fell at the tail end of his more than three-hour stint on the witness stand on Friday, where prosecutors called him to introduce body camera footage showing his visit to a property at the heart of the case: Satilla Shores in Brunswick, Ga.

The men accused of murdering the 25-year-old Arbery—gunman Travis McMichael, his father Greg McMichael and William “Roddie” Bryan—claim to have been protecting this property on behalf of homeowner Larry English, who installed more than a dozen cameras throughout his property after experiencing a theft on a boat that was outside.

That defense took a hit on Thursday, when a jury heard English testify that it was “common” and “normal” for people to visit his construction site. English also testified that he did not authorize the men to confront anyone on his property.

Officer Rash, whom Arbery’s mother Wanda Cooper accused in federal court of contributing to and covering up her son’s death, sent English a text message introducing him to Greg McMichael on Dec. 20, 2019.

“Greg is retired Law Enforcement and also a Retired Investigator from the DA’s office,” the text read. “He said please call him day or night when you get action on your camera,” referring to anyone seen on the surveillance footage entering or exiting the Satilla Shores property. 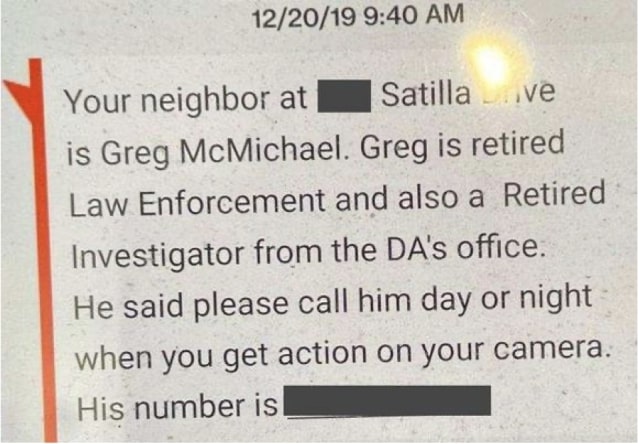 Asked by lead prosecutor Linda Dunikoski whether he intended that text message to deputize the McMichaels, Rash answered emphatically: “Never.”

“What did you want them to be?” Dunikoski pressed.

Instead, less than two months later, the McMichaels and Bryan allegedly took it upon themselves to chase Arbery after spotting him near the house on Feb. 23, 2020. Prosecutors note that this pursuit ultimately ended in Travis McMichael shooting the 25-year-old three times at close range and killing him. Greg McMichael has been quoted saying that Arbery was “trapped like a rat” at the time of his death. Bryan, who recorded the incident and chased Arbery in his car, said that he blocked Arbery “five times” and was nearly “thrown through the damn windshield trying to chase this joker,” an officer testified.

Rash insists that the referral to English was to contact Greg McMichael, as a witness to dial 911.

“Actually, the text was for Greg McMichael, not for Travis,” Rash added, noting that the former had “training and knowledge as a retired officer, retired investigator to be a witness to call 911 to tell us what he saw and direct us where we needed to go.”

The Arbery family’s lawsuit accuses Rash of deputizing the three men: an assertion now used by the same trio in defense of their murder charges. If accepted by the jury, Rash’s denial that he did so would appear to undermine the McMichaels’ and Bryan’s defenses—and potentially, the Arbery family’s civil claims against Rash.

Earlier during Rash’s testimony, the jury saw bodycam footage from Rash’s visit to the Satilla Shores home on Feb. 12, 2020. 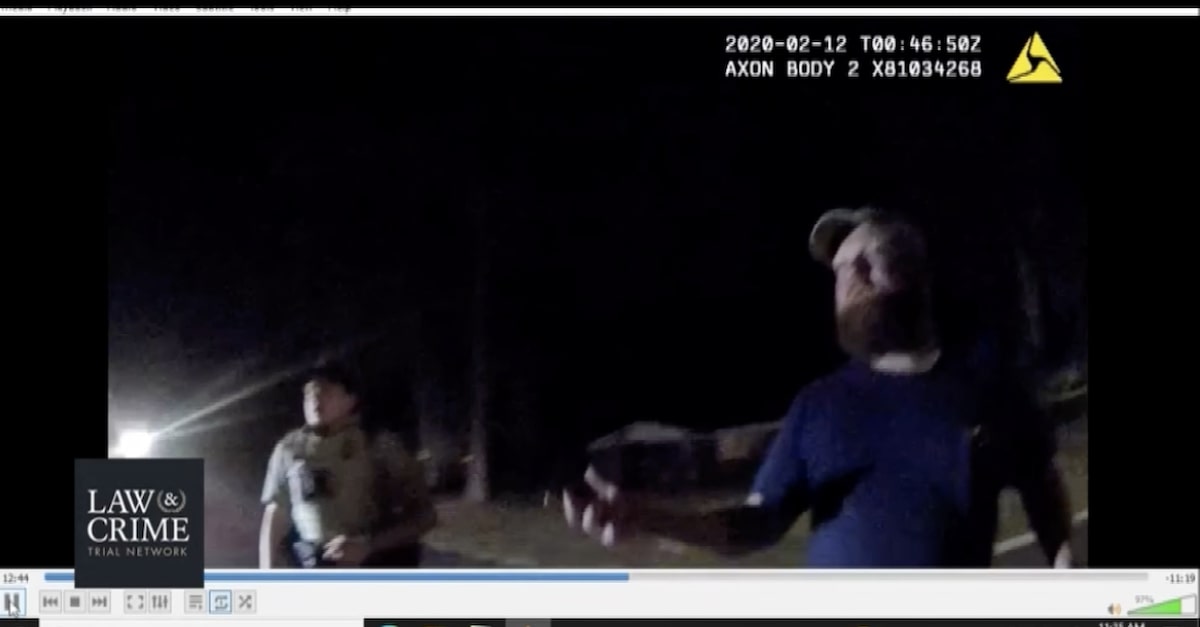 This still frame comes from the body camera of Glynn County Police Officer Robert Rash, who is being sued by Ahmaud Arbery’s family in federal court and testified at the trial of the 25-year-old Black man’s accused murderers.

The family’s lawsuit notes that Arbery had visited the property a day earlier.

“The person that entered the structure on February 11, 2020, was Ahmaud,” the lawsuit said. “Nothing was taken from the construction lot and no damage was done to any property.”

After Glynn County police thoroughly searched the construction site, a camper outside and a boat, Travis McMichael arrived and said that he believed the individual had been there before—a Black man with dreadlocks, the defendant said.