Johnny Depp Testifies That Amber Heard Made Him Call Himself a ‘Monster,’ Compares Marriage to a ‘Perverse’ Relationship with His Mother 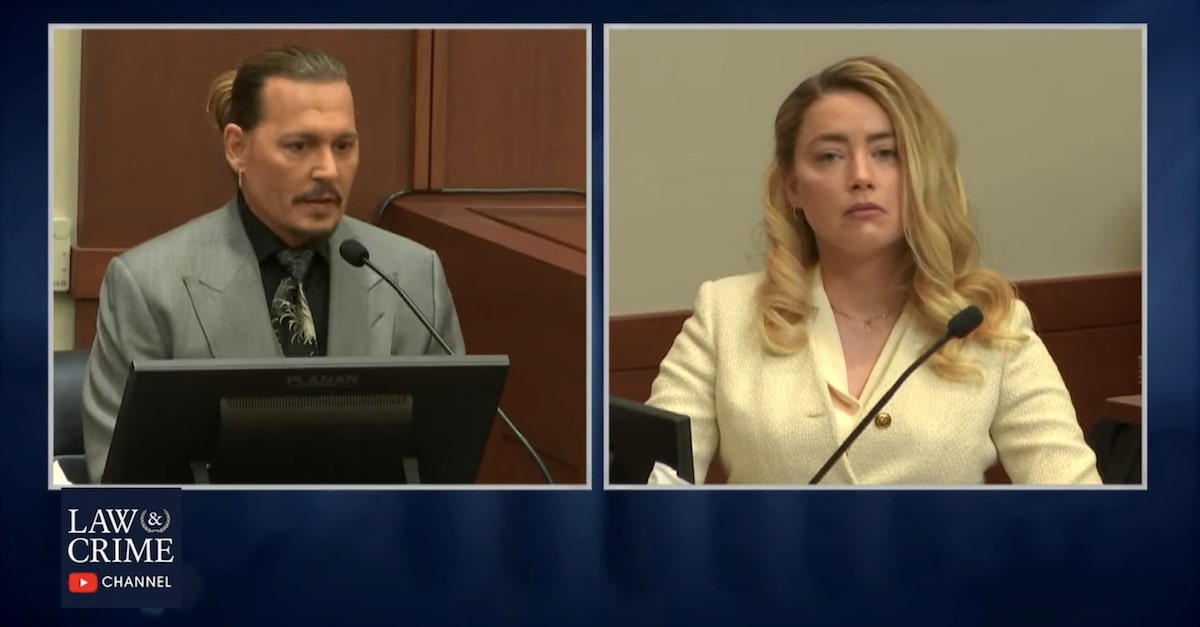 Johnny Depp accuses Amber Heard of physical and emotional abuse on the second day of his testimony.

Of the many characters of Johnny Depp’s career, the one in which he was cast most often in his years-long litigation with Amber Heard is a figure known as “the Monster.” Depp has described the ‘Monster” as a “Dr. Jekyll and Mr Hyde” figure, in text messages described in a U.K. court ruling finding that it was not defamatory to describe him as a “wife-beater.” The Pirates of the Caribbean star said that he filed his $50 million defamation lawsuit in Virginia in order to clear his name.

During his second day of testimony on Wednesday, Depp gave his description of the genesis of that self-image. He claimed to a jury that it came from a physically and emotionally abusive Heard, whom he said resurrected dysfunctional patterns he learned in childhood.

“You start to slowly realize that you are in a relationship with your mother, in a sense,” said Depp, one day after describing his mother Betty Sue’s habitual physical violence and mockery of him about his lazy eye.

“I know that sounds perverse, obtuse,” he added.

Like his mother, Depp said, Heard also spoke of suicide. He testified that it made him recall his mother attempting to kill herself when his father left.

“She Used the Word ‘Demons'”

Depp claimed that Heard exploited his vulnerabilities and his fears of being a good parent to his children.

“Some people search for weaknesses in people,” he said, describing his personal disclosures as her “ammunition.”

Heard accuses Depp of extreme violence, including sexual assault with a liquor bottle. In 2016, she filed for a restraining order and showed up to court apparently bruised, resulting in a paparazzi-captured photograph of her that graced the cover of People magazine. The ongoing trial stems from Heard describing herself in the Washington Post as a “public figure representing domestic abuse.” Depp filed a $50 million defamation lawsuit over the op-ed, and his attorney has characterized Heard’s allegations as a “hoax,” sparking a defamation counterclaim from Heard.

Multiple witnesses claimed never to have witnessed violence or bruises throughout their relationship, and Depp himself emphatically denies being physically violent, even on an intellectual and practical level.

“Why would you hit someone to make them agree with you?” Depp asked. “I don’t think it works.”

Depp insists that the roles were reversed.

In order to persuade a jury, Depp will have to overcome seemingly damaging text messages that he sent, including ones grappling with what he called the “monster.” He claimed that it was Heard’s word put into his mouth.

“She used the word ‘demons,’ that my ‘demons’ were coming out, that she noticed a great change in my attitude or my aggressiveness, my aggressive nature,” Depp testified.

Depp insisted that he was “placating” to avoid a 45-minute argument denying that he is a monster.

“You accept her vernacular,” he claimed. “You accept the word that she uses so that you placate her so you at least calm part of her aggression.”

“Explaining the monster was at least for me, I mean, she had told me many times that the monster was only me when I was using drugs and alcohol,” he alleged. “Even when I was stone cold sober, off of alcohol and substances aside from my meds, the ‘monster’ was still there. When she accused me of being high on cocaine or drinking like some sort of, or like I was some kind of 19th century sailor, that was the word that she clung to to describe. But in was in her mind, not mine.”

Though he previously claimed that Heard “grossly embellished” his struggles with substance abuse, Depp said that the “constant haranguing” exacerbated actual struggles.

“It was that little boy who didn’t want to feel the pain of his mother turning him into a ball of insecurity and pain,” he testified. “Yes, I was more inspired by Ms. Heard to reach out for a numbing agent because of the constant clashes. There wasn’t a day that you didn’t wake up and expect something to hit the fan—and pretty much like clockwork, it did.”

Suggesting that some of Heard’s accusations were projection, Depp claimed that she was “always fond of MDMA, which is ecstasy.” Heard also consumed hallucinogenic mushrooms and prescription medications, that included a “high-velocity” drug he likened to “speed.”

Heard has claimed that Depp slapped her across the face after she made a remark about one of his tattoos about his ex-girlfriend Winona Ryder. The tattoo initially said “Winona Forever,” which he altered to “Wino Forever” after their relationship dissolved.

Depp denied hitting her for ribbing him about the tattoo, but he said that Heard demanded a similar bodily tribute that Ryder received.

“I got a full tattoo of her, and ironically, it wasn’t long after that that everything started going sideways,” Depp said.

His testimony is ongoing.

Listen to Law&Crime’s podcast “Objections: with Adam Klasfeld” for more on the case:

Watch the trial, below: