This Is America. Of Course You Can Legally Fire A White Supremacist. 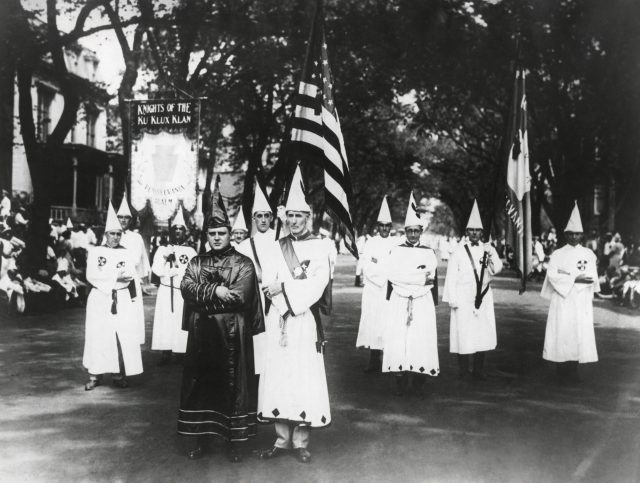 White nationalists, neo-Nazis and other members of the alt-right are being met with consequences for their actions in the aftermath of the deadly political violence in Charlottesville. After a name-and-shame campaign, one attendee at the night rally was fired from his place of employment the very next day.

In an unrelated incident, another white-minded Trump supporter was just canned after sending an expletive-laden and alcohol-fueled anti-black tirade to comedian Gary Owens via Facebook Messenger–his employer found out about it and feared for the safety of his other employees and the longevity of his business.

As the dust settles from toppled Lost Cause statues, there’s an ever-ready contingent of anti-racists and anti-fascists with the voices of white power in their cross-hairs. And now, these retaliatory campaigns have prompted liberal-minded Americans and chastened right-wingers to unite and beg pleadingly whether all of this is legal?

Of course it is. With a few caveats.

Effortlessly lost in such discussions is the basic thrust of Freedom of Speech protections in the United States. To put it plain and simple as a sunny day: the First Amendment protects subjects and citizens from government action–nothing more. If your employer fires you because you came to work and complained about “illegals” then, sorry. If you get inadvertently downsized after sarcastically giving a Nazi salute to a #MAGA-hat-wearing customer then, sorry. In both situations, the legal concept of Free Speech–codified by the First Amendment to the Constitution–isn’t going to be there for you.

There’s also no federal catch-all law prohibiting private employers from firing employees based on the content of their speech. Various state and local laws attempt to protect some forms of employee speech from employer retaliation. A lengthy (though non-exhaustive) compendium of those laws has been prepared by Eugene Volokh and can be found here.

Sifting through each state and municipal attempt to protect employee speech and political association from employer retaliation would result in an unwieldy and unhelpful chunk of text, however, so let’s focus on the two states implicated in the recent firings of Cole “Unite the Right” White and Joseph “Anti-black rant” Lanham: California and Florida.

“No employer shall make, adopt, or enforce any rule, regulation, or policy:

(a) Forbidding or preventing employees from engaging or participating in politics or from becoming candidates for public office.

(b) Controlling or directing, or tending to control or direct the political activities or affiliations of employees.”

In Cole White’s case, the law would seem to offer some protection. The political ideology discrimination ban here, at least on its face, does not allow employers to forbid or prevent employees from engaging or participating in politics–which California’s Supreme Court has defined broadly. Further, the ban prohibits employers from attempting to direct or control their employees’ political activities or affiliations. A straightforward reading of this statute provides the classic California liberal view. But it’s actually not so simple.

At least one federal court has read an implied exception into California law that applies “when the employee’s political activities are patently in conflict with the employer’s interests.” However, no California state courts have been so inclined to find this exception embedded in their own laws. So, even on this front, the issue gets a bit thorny when considering pure political ideology discrimination resulting in employer retaliation in the Golden State. So, let’s short-circuit this a bit.

Top Dog, Cole’s former employer, now claims White left voluntarily after a discussion with management. Whether Cole’s resignation was less than voluntary is certainly a valid concern–though if it was voluntary, this issue is entirely moot–so let’s operate on the assumption that he was forced out. This would seemingly be in violation of California Labor Law §1102. But, here, Top Dog could simply offer the following excuse: Cole White wasn’t fired for opinions or actions per se but because they have resulted in a workplace environment other employees (and management) find hostile and not conducive to business. This would more or less track with Google’s recent firing of James Damore–whose infamous memo criticized women in the workplace and more or less made it impossible for anyone to work anywhere near him.

As for Joseph Lanham, his case is quite a bit easier to dispense with. Florida labor law isn’t nearly as broad and only offers protections for private employees against political discrimination vis-à-vis their party affiliation in very limited circumstances. Joseph Lanham wasn’t fired because he supports Trump or because he hates black people, but because his widely-disseminated diatribe of bigotry made other employees fearful–and was costing his employer business.

One apparent wrinkle is the recent decision in Cooper Tire & Rubber Co. v. NLRB. In that case, a picketing union member yelled racially derogatory statements at a replacement worker (scab) brought in to cross the picket line. The union member was fired and then reinstated because his firing was found to be a violation of the National Labor Relations Act (NLRA). But this was largely based on the intricacies of protections for union members and was partially decided because the union member wasn’t physically threatening the scab. It bears mentioning, but doesn’t have much import here.

The ability of employers to hire-and-fire as they please has long been a goal of movement conservatism in the United States. It’s somewhat ironic then, that the logical outgrowth of right-wing ideology–open and loud white nationalism–is forcing a collective gut check and those whingers and whiners are now pointing at labor protections.

In sum, employers are more or less free to fire white supremacists of various stripes factions and cohorts. They may have to dance around a bit with how they frame the firing, but there’s hardly ever a First Amendment concern present. In light of recent events and the instant-and-wide publication of vile and venomous speech via the internet, employers won’t find any pretexts lacking. Clayton Bigsby famously said: “If you have hate in your heart, let it out.”

Sure, go ahead, but don’t expect to keep your job.