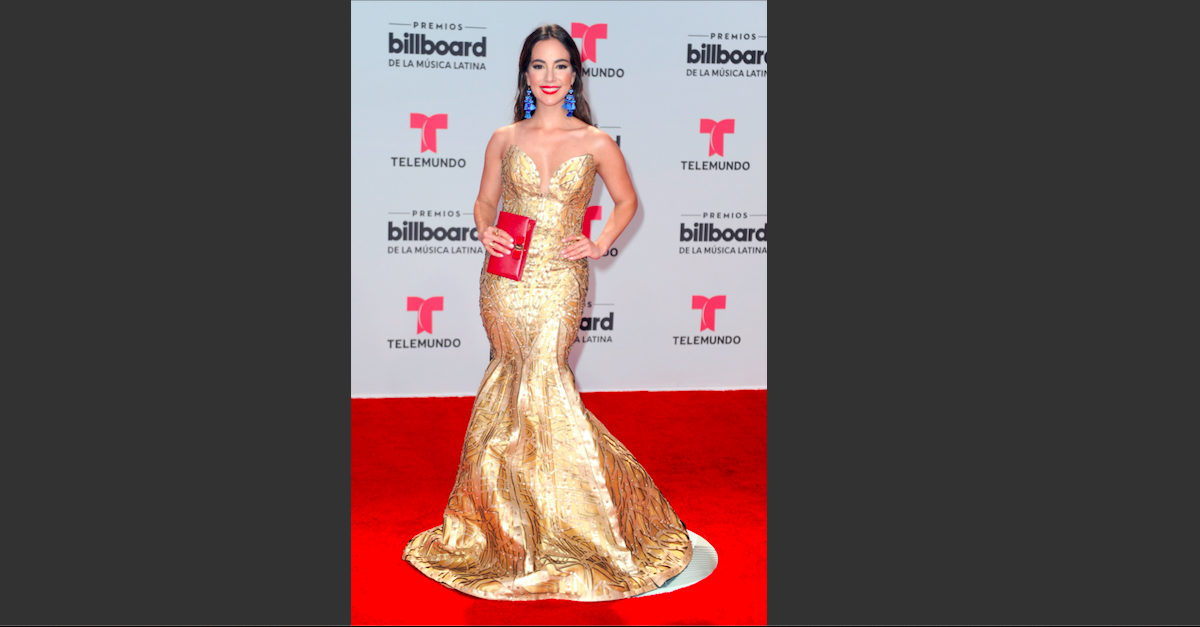 MSNBC correspondent Mariana Atencio says that in 2017 a network manager told her not to look “too Latina” for the White House Correspondents Dinner, suggesting she strive to look like Ivanka Trump instead. The excerpt was first pointed out by reporter Yashar Ali, and though Atencio chose not to take any legal action, the comment about her Latin heritage could likely be viewed as discriminatory under federal and state employment laws.

The exchange was detailed in Atencio’s new memoir, ‘Perfectly You: Embracing the Power of Being Real,’ wherein the Venezuelan-born journalist who immigrated to the US in 2008 recounted a phone call she received after deciding to embrace her culture by wearing an outfit that paid tribute to South American nations.

“I was thrilled to represent our people, proud of having a seat at the table, literally and figuratively,” Atencio wrote. “I wanted to make a small tribute to my heritage. I had an idea- what if I wore something yellow, blue, and red, the flag colors of so many South American nations? I chose a Sofia Vergara-style mermaid gown with yellowish undertones, big royal blue earrings, and a red clutch. Perfecto!”

However, apparently at least one of her superiors at MSNBC wasn’t thrilled with the idea of Atencio openly celebrating her heritage, as she received a call from an unnamed female network manager as she was about to leave for the esteemed gathering.

“’Mariana, I just wanted to make sure you’re prepared for such a prestigious gathering,’” the manager said. She then asked Atencio what she planned to wear and said, “’Please don’t look too Latina.’” Outraged by the indignation, Atencio said her voice was trembling with humiliation as she asked what that meant. “’Why don’t you go to Saks Fifth Avenue and have someone help you out… Have them pick out something demure. Not too colorful or tight. Think Ivanka Trump, okay?'” the manager responded.

“This person was making me feel smaller and smaller with each word,” Atencio wrote about the call. “Can you imagine someone in your field asking you to please not look so African American? Or Asian? Or white? Don’t look so Muslim or Christian? How do you change who you are?”

In a statement to the Washington Post, MSNBC wrote, “That’s obviously a highly inappropriate and unacceptable comment. More than a year and a half later, when it was first brought to a manager’s attention, immediate action was taken. Since this is an HR matter and there are privacy concerns, we won’t go into greater detail.”

In an interview with Daniela Pierre-Bravo, Atencio said she included the account to remind people that things like this still happen.

“I wanted to tell the anecdote not to harp on the negative, but to remind readers that these things still happen and that we have to call them out and have conversations as adults about how we can get past them.”

Misty Marris, a Co-Managing partner at the law firm Gordon & Rees and Law&Crime legal analysist who specializes in employment law, explained why the conduct described by Atencio could be considered discriminatory.

While an employer does have the right to create a dress code for employees, or place restrictions on what can or cannot be worn, the genesis of such rules cannot be founded upon race or ethnicity.

“Anytime you have a job requirement which explicitly takes someone’s race/national origin into consideration you have a problem.  Here based on her account the language from her manager was clear, ‘look less Latina.’ Clearly her race was a factor,” Marris pointed out. “This could be used to show a discriminatory animus toward Latinas overall and discrimination against Atencio because she is Latina.”