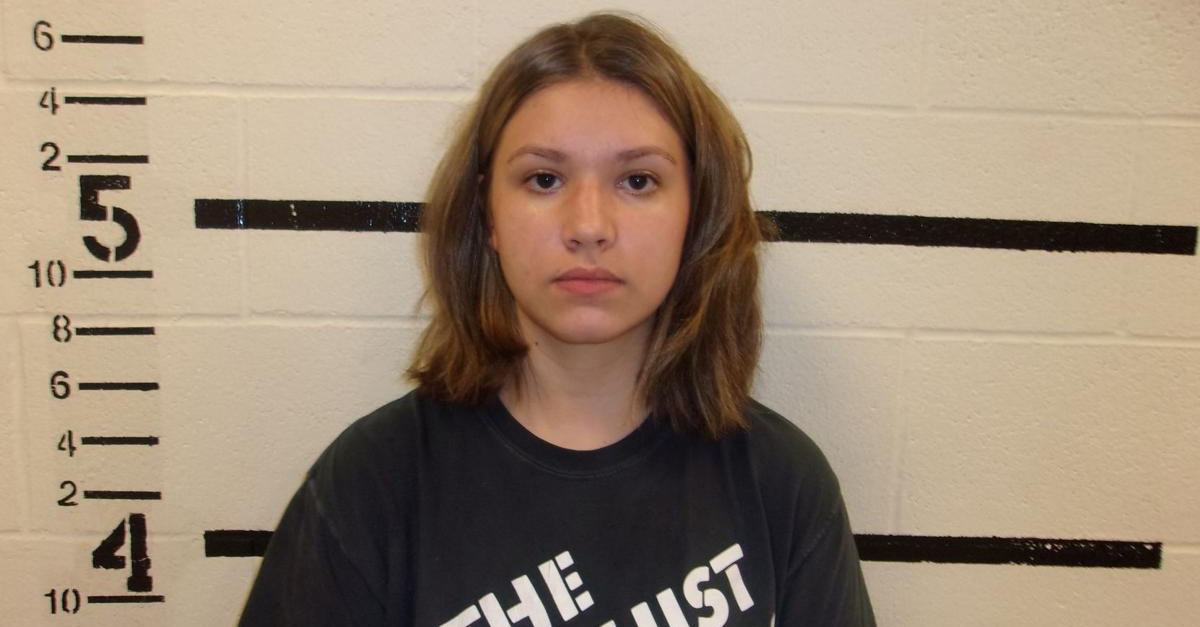 An Oklahoma teen is in trouble after she allegedly threatened to kill hundreds of people at her old high school. Alexis Wilson, 18, is locked up at the Pittsburg County Jail on a complaint of making a terroristic threat, according to The McAlester News-Capital.

Sheriff Chris Morris said they got an anonymous tip leading to Wilson. She had posted videos in which she fired guns, he said. The defendant also allegedly claimed she was gong to open fire at McAlester High School.

“She showed video to her friends and told them she had recently purchased a gun and told her friends she was going to shoot up the school,” he said.

Wilson dropped out of McAlester in 9th grade, authorities said. They claimed that her coworkers said Wilson threatened to “to shoot 400 people for fun and that there were so many people at her old school that she would like to do it.”

Deputies said Wilson showed a coworker at a Pizza Inn video of herself shooting a recently purchased AR-15 rifle, according to KTUL. She allegedly told this colleague she was going to kill 400 people for fun.

The defendant allegedly denied the claim during questioning. She said she recently purchased an AK-47, and was telling the coworker about it so she wouldn’t be afraid of guns. Wilson discussed having a friend who recently threatened to shoot 400 people, and was just using this person as an example, according to authorities.

Investigators said the defendant had had troubles trying to reenroll at McAlester High School, and finding courses for a GED. She allegedly denied being upset about not being able to return to school.

A Pittsburg County court staffer told Law&Crime that Wilson hasn’t been formally charged yet, and doesn’t have an attorney of record as of Monday.