Could This ‘Anti-Trump’ Message From Mueller Team Member be Used to Prove Bias? 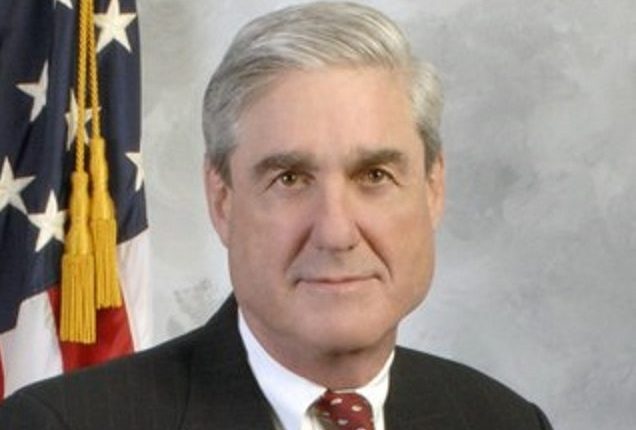 Another member of special counsel Robert Mueller‘s investigative team is in hot water after news that he sent a flattering email to then-outgoing Attorney General Sally Yates, who has since become a vocal critic of President  Donald Trump.

Yates was fired after she declined to enforce Trump’s original travel ban on nationals from certain Muslim-majority countries.

Sent on January 30, at 9:50 p.m., the Department of Justice’s Andrew Weissmann wrote the following message to recently-ousted Yates:

I am so proud
And in awe. Thank you so much.
All my deepest respects,
Andrew Weissmann
Sent from my iPhone

Weissmann’s message to Yates will likely be used by Paul Manafort‘s defense–and the defense team(s) of whoever else ends up charged by Mueller and his army of attorneys.

As Law&Crime‘s Rachel Stockman noted in a prior piece, the alleged anti-Trump bias of FBI Agent Peter Strzok is likely to be used by Manafort’s team specifically because it appears Strzok was the FBI official who signed off on the affidavit used to obtain the search warrant needed to raid Manafort’s home.

Strzok’s direct role–if in fact that was the role he had–in the Manafort raid and his earlier comments would plausibly sound alarm bells for a judge reviewing the case. Some caution though: it’s still uncertain whether such facts (e.g. Strzok’s alleged bias and particular role in the Mueller probe) would be presented to a jury–if any aspect of Mueller’s Russia probe ever comes to a jury trial.

Most any defense attorney will try to get evidence gathered by search warrants–and being used against their client(s)–ruled inadmissible. There are various ways to do this, of course, but Manafort’s team is using a tried-and-true method: claiming Mueller’s search lacked the proper legal basis and was thus performed in violation of the Fourth Amendment’s prohibition against unlawful search and seizure.

The only way Manafort’s attorneys can win such a battle, however, is by proving Mueller’s original search warrant lacked probable cause. They’d likely try to say Strzok was so biased against the Trump team that evidence obtained from the search warrant shouldn’t be used as part of the case. This is an extremely unlikely outcome–but not impossible. So, for the sake of argument, let’s hold onto the idea that Manafort’s attorneys could suppress some of Mueller’s evidence because it was improperly obtained. That calculus isn’t at all the same for the Weissmann message to Yates.

Given the timing, a defense attorney could certainly suggest Weissmann’s message was meant as a jab against Trump. However, the other side would also have a very strong case as well. For one, Weissmann’s comments are vague to the point of being nebulous. His tone is also unavailable via text, so it’s feasible Weissmann could plead sarcasm if it comes to it.

If Yates and Weissmann are friendly, he could have been referring to something else entirely–or simply may have been acting polite after hearing news of a professional acquaintance’s ouster. Or, Weissmann could have had particularly strong objections to the travel ban itself–and then found himself writing an email to a newfound hero. Regardless, one can quickly see the point: there are many ways Weissmann could defend himself against a Trump team attack here.

There’s simply not much to work with in terms of anti-Trump sentiment in Weissmann’s message to Yates. To state it plainly and on its face: Weissmann expressed admiration for someone he worked with–not disdain for the person who fired her. Praise for one does not necessarily equate to bias against another.

Could Weissmann’s message come back to haunt him? It probably already has. He is likely to be reassigned amidst the commotion or after it dies down a bit–thereby proving Mueller’s independence.

The hurdles for proving prosecutorial misconduct are very rigorous. In the end, the Weissmann-Yates correspondence probably wouldn’t be viewed as evidence of any wrongdoing on Mueller’s part–only evidence that Weissmann should be more careful when emailing with his iPhone.