School Board VP, Ousted for Saying Asian Americans Use ‘White Supremacist Thinking’ to ‘Get Ahead,’ Claims Her Firing Violated First Amendment 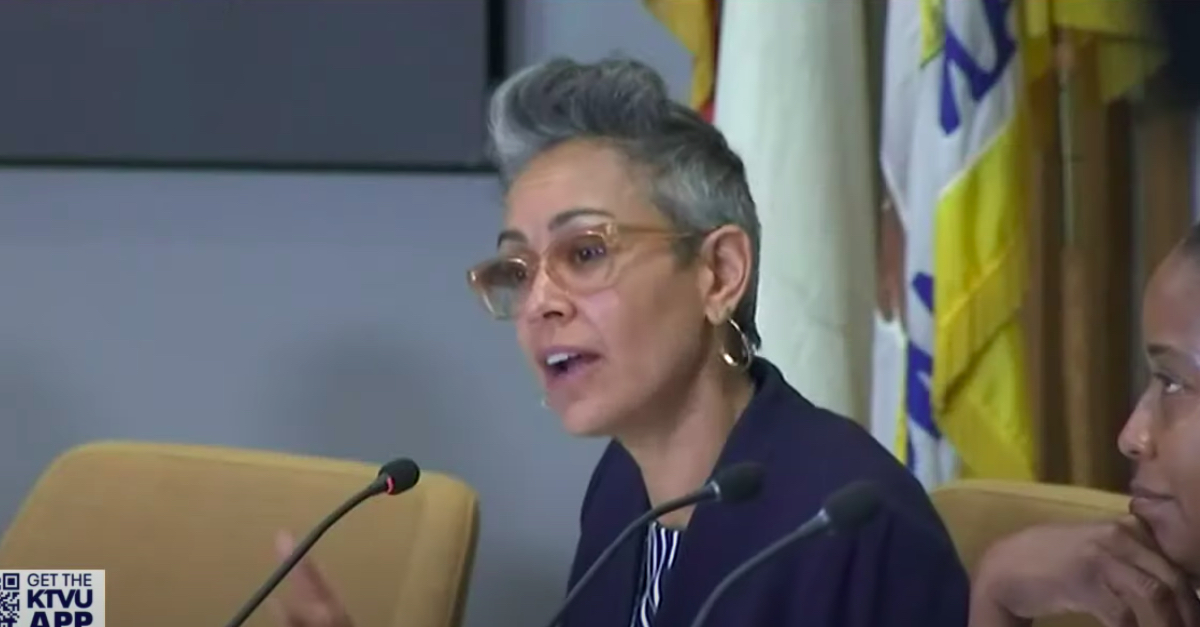 The former vice president of the San Francisco Unified School District on Wednesday filed a lawsuit accusing her onetime colleagues and the district of violating her free speech rights when they voted to strip her of her position over a series of 2016 tweets that likened Asian Americans to white supremacists.

The board voted 5-2 to remove Alison Collins’s title and committee assignments after tweets resurfaced in which she said that “many Asian American[s] believe they benefit from the ‘model minority’ BS” and “use white supremacist thinking to assimilate and get ahead.”

Collins, who is Black, also posted tweets asking why there weren’t any “Asians speaking up against [Donald] Trump,” claiming those who do speak are “ostracized.”

“Do they think they won’t be deported? profiled? beaten? Being a house n****r is still being a n****r. You’re still considered ‘the help,’” she wrote.

Her past comments came to light amid a rise in racially-motivated attacks on Asian-Americans across the U.S.

In a lengthy and superlative-heavy lawsuit filed in the U.S. District Court for the Northern District of California, Collins alleged that her ouster constituted illegal retaliation for protected speech and implied that she was the victim of a witch hunt.

“DEFENDANTS, at all relevant times, knew that MS. COLLINS, like Ms. Batiste, was also advocating this message of eliminating racism against Black and Brown children in the school system,” her attorney Charles A. Bonner wrote in the complaint. “Rather than take actions to protect Black and Brown children from racist harassment and racist bullying, DEFENDANTS opted to ‘burn’ the messenger, using a pretzel-twisted redirection of MS. COLLINS’ seasoned social metaphors aimed at uniting all marginalized, colonized and racially oppressed people against racism and racial oppression.”

The complaint also claims that when Collins refused to resign, her colleagues “lit their torches” and provided her “less due process than [was] given to victims of the Malleus Maleficarum,” a reference to a 15th Century treatise on sorcery often credited with sustaining the burning of accused witches across Europe.

Collins claims her words were taken out of context and is seeking injunctive relief, asking the court to re-instate her as school board vice president, and award her $87 million in damages, which includes $3 million in punitive damages from each of the individual board members who voted against her.

Bonner, who included a full 4-page block quote from Justice Earl Warren’s 1966 decision in Bond v. Floyd in the 48-page complaint, said that the school board has one week to rescind its action against Collins and issue a public apology or he will initiate service on all of the defendants.

“We demand to have a special meeting and restore Alison to her seat,” he said in a statement. “They will take no further action against Alison. They can do what we say, then this lawsuit gets shredded.”

The lawsuit and its underlying legal theories did not appear to be well received by the legal community.

“I don’t know if [Collins] is as putridly racist as it seems,” wrote First Amendment attorney Ari Cohn. “But I *do* know she’s a moron with shitty lawyers now that she’s filed a bonkers suit claiming a no confidence vote violated her First Amendment rights & intentionally distressed her feelings.”