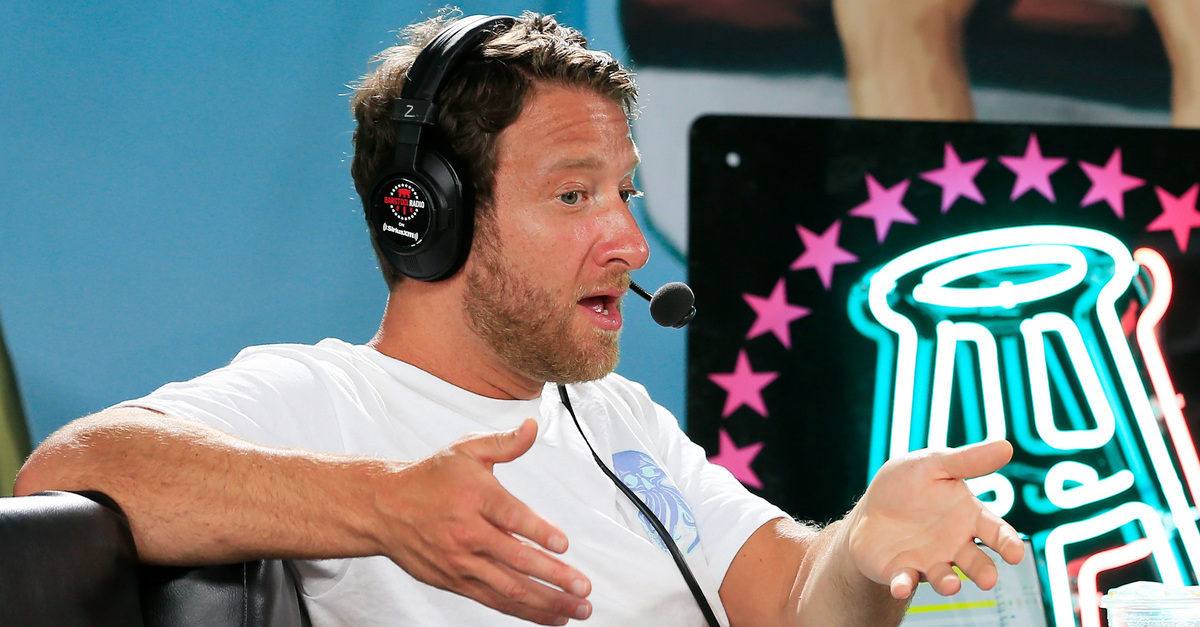 David Portnoy, founder of Barstool Sports, speaks during a radio broadcast prior to Super Bowl LIV on January 30, 2020 in Miami Beach, Florida.

The dispute centered around Rapaport’s relatively brief tenure at Barstool as a podcast host and content producer. Exactly eight months into the one-year agreement, Portnoy fired the actor — citing an online series of back-and-forth insults between Rapaport and Barstool’s Adam Smith.

The U.S. District Court for the Southern District of New York (SDNY) sums up that initial contretemps as “an argument between Rapaport and Smith over Rapaport’s supposed failure to pay Smith for bets lost on fantasy football and an amateur boxing match.”

During the bitter Twitter feud, Rapaport accused Smith of taking steroids. In turn, Smith called Rapaport a “loser” and “fraud” and suggested he didn’t pay his gambling debts. A random Barstool reply guy then chimed in “urging Barstool to take a poll of Rapaport’s popularity among fans of Barstool,” who are colloquially known as “stoolies,” the court noted. Rapaport responded by insulting the fan.

“[I]f you call yourself a fucking stoolie for real, you’ve already lost in life,” he tweeted.

Portnoy fired Rapaport the next day via text message and later that same day posted a video to Twitter announcing that Barstool had fired Rapaport for “insult[ing Barstool’s] entire fucking fanbase.”

Judge Naomi Reice Buchwald recounted what happened next in vulgar and (to some commentators’ surprise) graphic detail:

The court’s opinion contains a representation of that image: 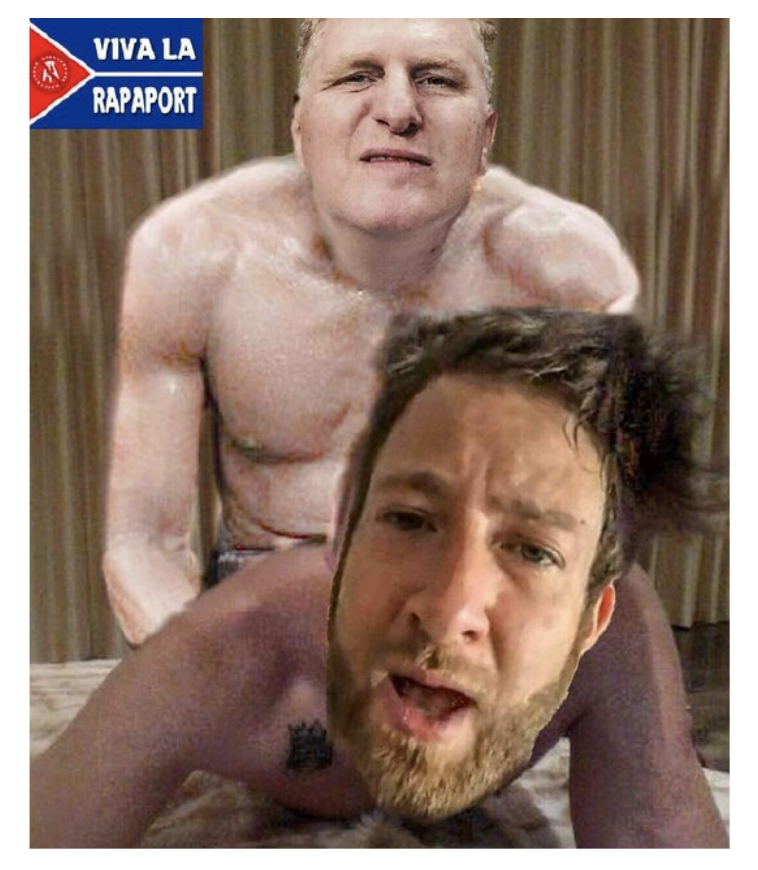 “In the ensuing months, the Barstool Defendants published dozens of tweets, blog posts, online articles, videos, podcasts, and radio shows that accused Rapaport of being racist, a fraud, a hack, a wannabe, and a liar, having herpes, and stalking and beating his former girlfriend,” the opinion notes.

But, according to the court, none of those barbs were actionable defamation.

In sum, Rapaport sued Barstool, Portnoy and the other named defendants over “approximately 80 representations” made and published to third parties in the months following the complete dissolution of the business relationship that undergirds the entirety of the lawsuit.

New York State defamation law requires four elements–all of which must be satisfied. Those elements are: (1) a false statement of fact; (2) published to a third party without privilege or authorization; (3) with fault amounting to at least negligence; (4) that caused special harm or defamation per se.

Rapaport’s claims were attacked by Barstool and Portnoy and ultimately dismissed by the court on the basis that the steady stream of insults above did not constitute legally cognizable statements of fact.

The court notes some of the most egregious dings:

We begin with a February 26, 2018 online video entitled “Fire Rap,” which is a six-minute long so-called “diss track” of the Barstool Defendants rapping a constant stream of insults and slurs about Rapaport against a backdrop of unflattering video clips and images of Rapaport. This video contains over a dozen challenged statements, which include calling Rapaport a “herpes-having motherfucker giving girls the heebie jeebies,” a “herpes-ridden fuck,” the “perp with the herp,” and a “75-year-old, herpe-having piece of shit”; stating that the “only flames that come out [Rapaport’s] mouth is when [he] ha[s] a flare up”; and threatening to make Rapaport “as black-and-blue as [his] ex.”

Judge Buchwald determined that those insults were, instead, “non-actionable opinion.”

Citing precedent, the court explained the inquiry at work:

To separate statements of fact from statements of opinion, courts analyze three factors: “(1) whether the specific language in issue has a precise meaning which is readily understood; (2) whether the statements are capable of being proven true or false; and (3) whether either the full context of the communication in which the statement appears or the broader social context and surrounding circumstances . . . signal [to] readers or listeners that what is being read or heard is likely to be opinion, not fact.”

Ultimately, a court must decide whether the challenged statements would “have been understood by a reasonable [audience] as assertions of fact that were proffered for their accuracy.”

“When it comes to saying someone has an STD or that someone committed a crime, that’s looked at more closely,” CBS Sports Radio legal analyst Amy Dash explained on Wednesday. “That’s really scrutinized by the court.”

“Unlike the statements [about Rapaport being a ‘fraud’ and ‘racist’ and so on], accusations that Rapaport has herpes, is a stalker, or has committed domestic abuse are capable of being objectively proven true or false as used in context,” the court explained. “Here, Rapaport introduces evidence that establishes that he tested negative for herpes and has never been convicted of stalking or battery, thus establishing the falsity of those assertions.”

But the source mattered—apparently quite a bit. Because the insults came from Barstool, and because “the immediate and broader context” in which statements are made is paramount, the judge reasoned that no one would take those criminal and sexual accusations seriously.