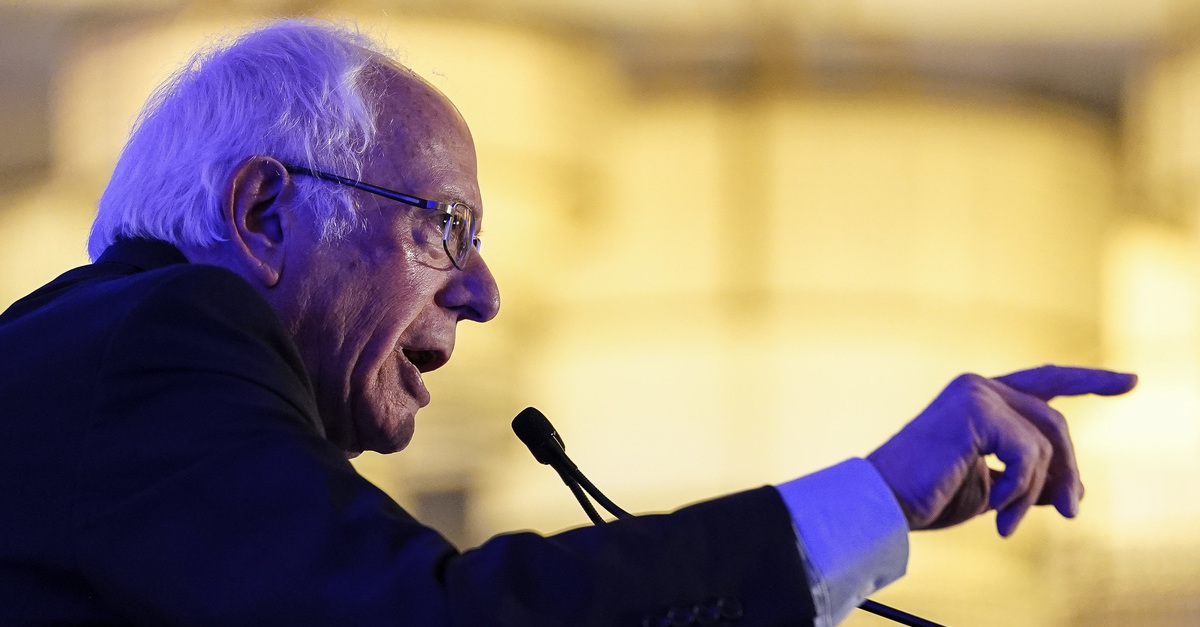 “Under Florida law, one who is affiliated with a political party may seek election as a nominee of a political party, and may properly participate in the March 17, 2020 Presidential Preference Primary,” the lawsuit filed by registered Democrats Frank Bach and George Brown notes. ”Under Florida law, a person who is an official Independent, such as Defendant Sanders, can run for president as an Independent.”

According to Bach and Brown, Sanders’s longstanding refusal to formally register as a member of the Democratic Party runs afoul of the Sunshine State’s rules for the fast-approaching election late next month.

”Florida law, and the Rule of Law, matter,” the lawsuit intones with great legal pathos. The gist of their argument is as follows:

The filing goes on to bemoan that Sanders refers to his position as a U.S. senator as his “day job” and notes that the popular Vermont legislator is currently raising “money for his next Senate campaign as an Independent.”

“Just as those not properly and timely registered as Florida Democrats are not eligible to vote in the March 17, [sic] Presidential Preference Primary, there is no basis in Florida law for an Independent such as Defendant Sanders to properly participate as a candidate,” the lawsuit argues later on, “when he is and has been for the last several years been [sic] an Independent.”

The plaintiffs are asking for Sanders to be removed the ballot—with the lawsuit’s relief request section heavy on additional barbs about the would-be but decidedly not-yet Democrat Sanders.

One ungrammatical section reads: “In this day and age of increasing disregard for the law, it is essential that the Plaintiffs’ right to vote and select from true Democrats in the March 17 Democratic Presidential Preference Primary without dilution of the effect of their votes by Defendant Sanders’ Independent participation in that closed-to-all-except Democrats Primary.” The language is a bit torturous—but the filing gets the point across.

Bach and Brown clearly feel it’s unfair for Sanders to seek the Democratic Party’s official mantle without formally signing his name on a slip of paper in his home state that signifies his allegiance to the party itself. Establishment Democrats have made this argument without success, but this is the first time it’s been tried in court.

“It’s beyond frustrating what happens here and now they are doing everything they can to sabotage the one chance we have at someone to represent us,” said Marie Fonseca, a Sanders supporter from Miami Beach who shared the lawsuit on Twitter.

“Florida has been run by dirty money and dark interest groups since the beginning of time—our politicians are so soaked in scandal that it’s impossible to ever get anything done for the people—we basically have taxation without representation because the politicians in both parties are fully owned by criminals,” Fonseca continued—livid about the prospect of legal shenanigans being used to deny Sanders’s delegates. “The only reason I have stayed registered [as a Democrat] is because I have to be registered to vote for Bernie Sanders.”

The lawsuit, however, doesn’t stand much of a chance of succeeding. The plaintiffs admittedly note that several thousand early ballots have been cast—and a judge is almost certainly not going go inject that level of confusion into an election that’s already in process.

Then there’s also the fact that Sanders effectively is a Democrat—while declining to formally register with the party in Vermont, Sanders is a member of Senate Democratic Caucus where he holds a leadership role.

Asked whether any rival Democratic campaigns had played any role in the lawsuit, Gievers answered in the negative.

Law&Crime reached out to Sanders’s campaign for comment on this story but no response was forthcoming at the time of publication.

Sanders Complaint Signed With Exhibits by Law&Crime on Scribd

Editor’s note: this story has been amended post-publication to include a quote from the plaintiffs’ attorney.