Prison Guard Alleged She Was Subjected to Cavity Search and ‘Digitally Penetrated’ in Facility Parking Lot. A Judge Ruled Her Lawsuit Can Move Forward. 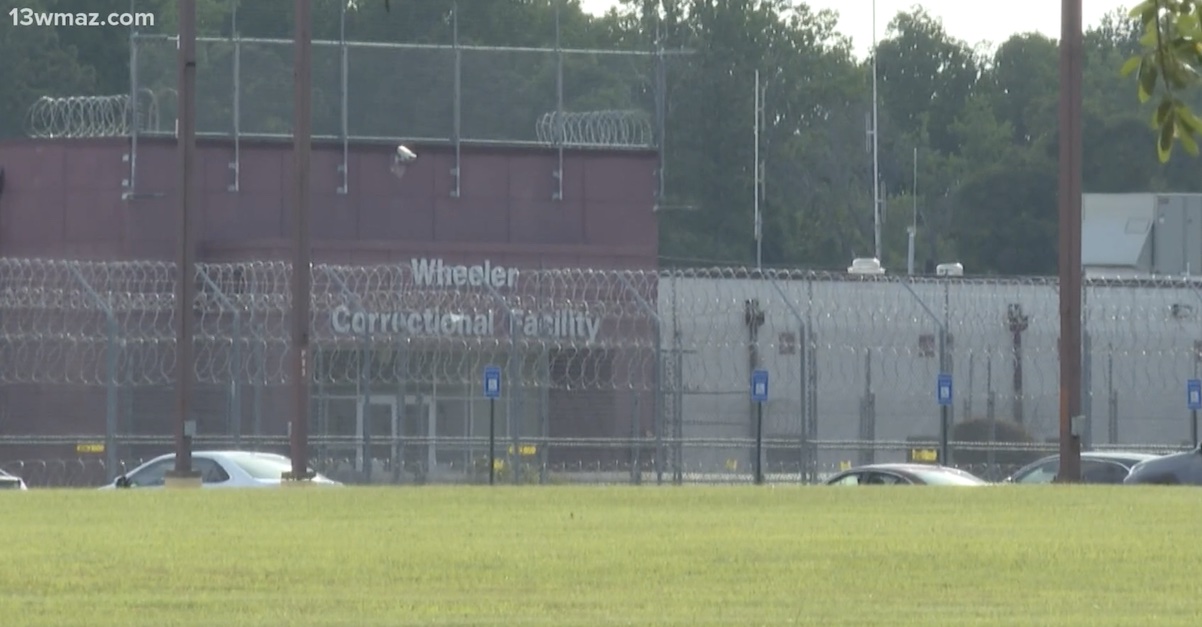 A federal judge in Georgia ruled last week that a lawsuit filed by a prison guard can move forward. The plaintiff alleged that she was subjected to multiple unreasonable, intrusive strip searches and was “digitally penetrated” after setting off a faulty metal detector.

Ariel Curtis, a correctional officer at the Wheeler Correctional Institute in Alamo, filed a lawsuit in February in the U.S. District Court for the Southern District of Georgia claiming that her superiors at the facility lacked proper cause to perform the searches on her in violation of her Fourth Amendment rights.

Curtis filed the complaint against CoreCivic, the private company that owns and operates the prison, Capt. Casandra Boney, who allegedly ordered the searches, and the city of Alamo, Georgia.

CoreCivic and Boney sought to have the case thrown out by arguing that the searches performed on Curtis were conducted in the course of her employment as a corrections officer and officials involved were therefore not acting in their capacity as agents of the state.

According to the complaint, Curtis reported to work on Oct. 4, 2020 and upon entering the facility set off a metal detector, which she claimed had a documented history of false positives. Per prison policy, an officer performed a pat-down and found no metal objects. The suit said that Capt. Boney was called and Curtis was ordered to go to the parking lot. Once in the parking lot, Boney allegedly ordered Curtis to pull own her pants.

“Plaintiff, who was not wearing underwear at the time, complied,” documents said.

Boney then allegedly demanded Curtis’ car keys and conducted a search of her vehicle before ordering her to go back inside and walk through the metal detector again. The detector did not go off when Curtis walked through the second time, but Boney allegedly ordered the Alamo City Police be called to conduct a more thorough strip search of Curtis.

“This time, in the parking lot of the facility, Officer K. Zanders instructed [Curtis] to sit in the front seat of her vehicle, a 2005 Chevrolet Tahoe, with her pants down and her feet on the dashboard so that her legs were positioned on either side of the steering wheel,” the judge recounted the allegations of the complaint. “Officer Zanders put on a latex glove and digitally penetrated Plaintiff’s vagina. No metal objects or contraband were discovered.”

According to Bowen, the mere fact that Curtis was employed by CoreCivic does not mean that its employees were not acting under the “color of state law” when the alleged searches took place.

“Plaintiff was a CoreCivic employee when she was subjected to the challenged searches, but penological purposes underlie searches to ensure that no person, employee or otherwise, enters the prison with metal or contraband. The metal detector is utilized in furtherance of CoreCivic’s operational duties as a correctional facility,” Bowen wrote. “Any search conducted as a result of failing to clear the metal detector is related to and in furtherance of the operation and management of the correctional facility.”

Bowen also pointed out that a non-employee would have been subjected to similar treatment if they set off a metal detector after entering the facility.

“Surely, had Plaintiff been a visitor of an inmate in the facility, there would be no question that the alleged conduct was state action, i.e., conduct of a state actor in its capacity as operator of a state prison facility,” he wrote. “For this reason, the Court concludes that Defendants were state actors for purposes of the challenged searches of Plaintiff’s person and vehicle.” 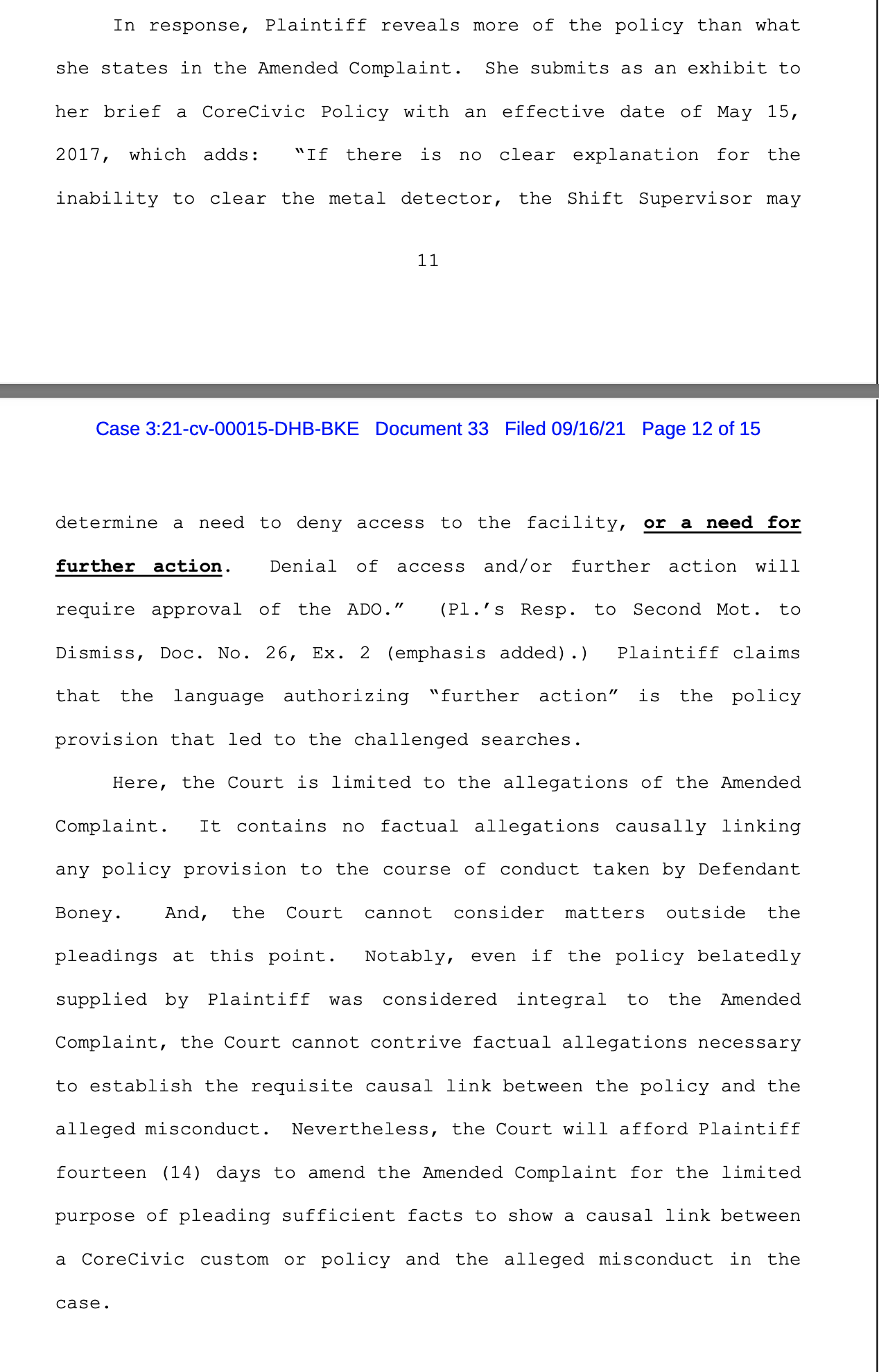 Attorney Kurt N. Peterson, who represents CoreCivic and Boney in the case, did not immediately respond to an email from Law&Crime seeking comment on the ruling.