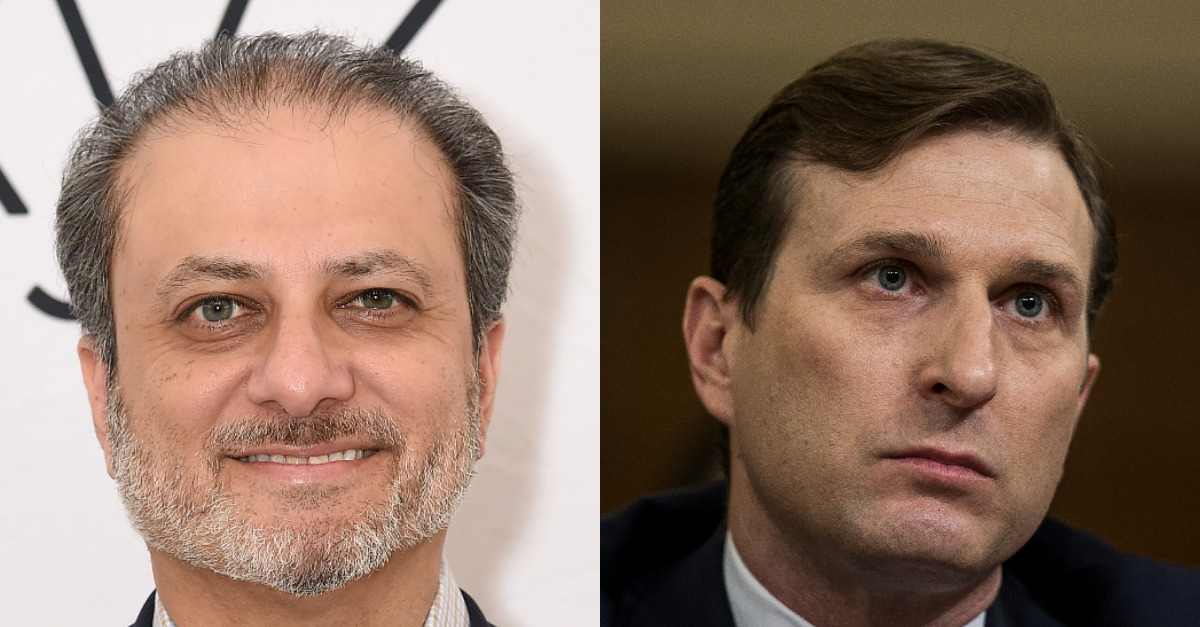 A lawsuit filed in federal court accuses former Department of Justice (DOJ) officials Preet Bharara and Daniel Goldman of covering up and lying about unlawful leaks to the news media in an effort to protect a prosecution and the source of those leaks. Those are alleged to have emanated from the Federal Bureau of Investigation (FBI) agent in charge of all white collar crimes in New York.

Retired gambler Billy Walters, convicted of insider trading but recently released due to the novel coronavirus (COVID-19) epidemic, submitted his original petition with the U.S. District Court for the Southern District of New York (SDNY) on Thursday.

The lawsuit says that FBI Agent David Chaves confessed to his superiors at the DOJ that he was the source of “intentional leaks” to The Wall Street Journal and The New York Times but that the U.S. Attorney’s Office in Manhattan “intentionally chose not to investigate the illegal activity for 2 1/2 years.”

The DOJ itself later admitted to those media leaks–and to knowledge that the leaks had occurred–in a court filing submitted just before a 2016 court hearing.

“The failure to intercede for so long is all the more reprehensible because only a few FBI agents had access to the leaked materials and the primary culprit (FBI Supervisory Special Agent Chaves) confessed as soon as he was eventually interviewed,” the lawsuit says.

“The failure by Bharara and the Department of Justice to intercede for more than two years after learning of the leaks is reprehensible,” said Pierce O’Donnell, one of Walters’ attorneys, in a press release. “Even worse, the prosecutors pretended they did not know about this egregious and unethical conduct until Mr. Walters and his attorneys convinced a judge to make them tell the truth.”

According to Walters and his attorneys, the government’s behavior across the two law enforcement agencies primarily involved in his case and prosecution amounts to a “conspiracy orchestrated by the DOJ” in an effort to catch the gambler making an unlawful mistake after planting “fake news” about insider trading related to Clorox stock. Walters was convicted of insider trading Dean Foods stock.

The filing explores this campaign in detail:

Similar articles, rife with secret government investigative information, appeared during the next several days in both The Times and The Wall Street Journal. The primary source of information—notwithstanding the many legal and ethical prohibitions against such leaks— was the DOJ itself, whose motivation was aptly described by The Journal: “After news reports, the subjects of investigations will often discuss the reports or take actions to avoid being caught, and those maneuvers can cause them to get caught.” Indeed, at that exact time, the DOJ had placed a live (but ultimately fruitless) wiretap on Walters’ phone. The intentional leaks were designed “to tickle the wire”—an unlawful investigative technique long favored by the DOJ.

As it turns out, the original leaks were not quite true and The Times quickly issued a correction regarding the Clorox allegation–apparently throwing the DOJ into a brief patch of disarray.

“When Deputy U.S. Attorney Richard Zabel—second- in-command to [then] U.S. Attorney Preet Bharara—learned about the illegal leaks, he recommended to his superiors in New York that ‘this [not] be discussed generally right now for a number of reasons.,'” the lawsuit continues. “Zabel added that prosecutors, presumably at some point in the future, ‘need to address this with the FBI.’ Yet it is now evident that, aside from issuing perfunctory internal warnings, the individual federal law enforcement officials named in this action made no serious effort to investigate the sources or otherwise stop the leaks.”

Bharara eventually wrote a letter to Walters’ trial judge admitting to the leaks, unequivocally noting the nature and extent of those unauthorized releases, and which reads, in relevant part: “It is now an incontrovertible fact that FBI leaks occurred, and that such leaks resulted in confidential law enforcement information about the Investigation being given to reporters.”

“The conspiracy to deny Walters his constitutional rights was no isolated incident,” the lawsuit alleges. “It has recently come to light that Chaves has been implicated in at least a half-dozen reported instances of improper or illegal investigative behavior. Remarkably, this pattern of misconduct has gone completely unpunished.”

“It is well documented that the DOJ and the FBI—from the highest levels to rank- and-file attorneys and agents—have for years deployed leaks as powerful weapons against public officials, criminal suspects, and ordinary citizens,” the lawsuit continues. “This culture of systemic lawlessness subverts the rule of law and yields the kind of abuses seen in the Walters case.”

The filing attempts to implicate the high-profile defendants as part and parcel of a “hotbed of official corruption”:

Within the DOJ, the Southern District of New York has long been a hotbed of official corruption, with widespread use of leaks and negative publicity to secure convictions and promote the careers of prosecutors such as Bharara, Zabel, and Assistant United States Attorneys Telemachus Kasulis and Daniel Goldman, and FBI agents such as Chaves and Assistant Director in Charge of the New York Field Office George Venizelos. In connection with the Walters case, The Wall Street Journal opined about “a pattern of troubling behavior and a problematic culture inside Mr. Bharara’s old shop.”

“During his tenure as U.S. Attorney for the Southern District of New York, Bharara was a notorious media hound,” the lawsuit notes. “Bharara’s personal intervention in the arrest of Walters demonstrates the extreme lengths he went to covet publicity for himself and use the media to his own advantage.”

Goldman, the Democratic Party’s onetime top impeachment lawyer, was also dragged in the filing for his relationship with the media.

“Goldman was an Assistant United States Attorney who eventually investigated the source of the leaks, submitted pleadings containing knowingly false and misleading statements in furtherance of the USAO’s cover-up and obstruction of justice, and was one of the lead prosecutors at Walters’ trial,” the lawsuit alleges. “Goldman parlayed his experience at the USAO into work as a TV legal analyst and a prominent legal career, including as legal counsel to the House Judiciary Committee in the impeachment inquiry of President Trump. His Wikipedia page touts his role on the Walters prosecution team.”

Walters notes that his lawsuit does not aim to overturn his insider trading conviction but is, rather, a civil action intended to win compensatory and punitive damages for alleged violations of his Fifth Amendment Due Process rights. Walters seeks attorney’s fees, as well.

The lawsuit further seeks a declaratory judgment that the named defendants were in the wrong and conspired to conduct “a pervasive campaign and cover-up to deprive [Walters] of his constitutional right to a procedurally fair, just, and impartial investigation, grand jury proceeding, and criminal trial.”

Law&Crime attempted to reach Bharara and Goldman for comment on this story. We will update this space if we receive responses.