ACLU and Cato: No Qualified Immunity for Cops Who Set Gabriel Olivas on Fire

ACLU, Libertarians Oppose Qualified Immunity for Cops Who Set Man on Fire to Stop Him from Setting Himself on Fire 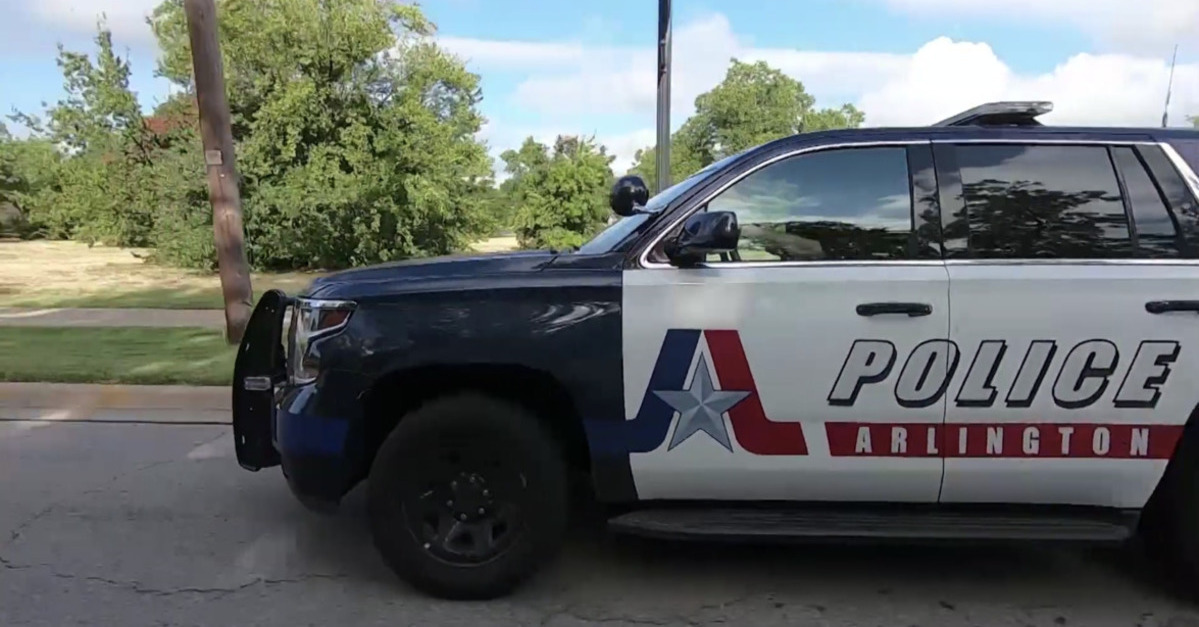 In 2017, Gabriel Eduardo Olivas was acting strange and threatening to kill himself. His son called 911 for help. The police in Texas arrived and rendered those threats inoperative by setting Olivas on fire and killing him.

The 39-year-old victim’s family sued—noting that when the cops arrived on the scene, they found Olivas covered in gasoline and decided to respond by tasing him, setting him ablaze, resulting in his slow and agonizing death several days later. There were no consequences for the officers involved. Now, the American Civil Liberties Union (ACLU) and two libertarian organizations want the Arlington Police officers responsible for the mentally ill man’s death to be held accountable in a court of law.

But the U.S. court system is adamantly against them.

On Feb. 8, the U.S, Circuit Court of Appeals for the Fifth Circuit ruled that the Olivas estate could not even sue Arlington Police Officers Ebony Jefferson and Jeremias Guadarrama because they are protected by the judicially-created doctrine of qualified immunity—a legal concept that does not exist in statutory law but was created by the U.S. Supreme Court in the late 1960s in order to protect southern police officers and judges who victimized Civil Rights protesters. Since its creation, most courts across the country have endorsed the controversial judge-made law in order to protect government agents of various stripes from being subject to civil lawsuits.

“[N]either officer’s conduct was unreasonable, nor was the force they employed clearly excessive,” concluded the bipartisan trio of Judges E. Grady Jolly, Carl E. Stewart and Andy Oldham, who were appointed by presidents Ronald Reagan, Bill Clinton and Donald Trump, respectively. “We thus find [the estate’s] factual allegations do not make out a violation of Olivas’s Fourth Amendment rights.”

Lawyers for the ACLU and prominent libertarian organizations Cato and Americans for Prosperity disagree.

“When Jefferson and Guadarrama found Olivas in a bedroom, they smelled gasoline and could see Olivas holding a gas can,” the filing from Tuesday seeking a full court rehearing notes. “Jefferson and Guadarrama knew from their training that tasers could ignite gasoline, but they drew and aimed their tasers anyway. Another officer on the scene, Caleb Elliott, warned them ‘[i]f we Tase him, he is going to light on fire.’ Despite this explicit warning, Jefferson and Guadarrama tased Olivas, setting him on fire and killing him, thereby causing the very injury they had been called to prevent.”

The district court ruled in the family’s favor but the appellate court overruled that decision by finding the officers’ use of force reasonable under the circumstances because Olivas “had been threatening to kill himself and burn down the house” and because “[h]e appeared to be holding a lighter” which presented a “danger” to the “six other people in the house” at the time.

The ACLU and libertarian attorneys slammed the Fifth Circuit’s logic and argument about the danger posed by fire [emphasis in original]:

Viewing the facts in the light most favorable to the [Olivas estate], the [officers’] decision to use deadly force in this scenario was an obvious violation of Olivas’s Fourth Amendment rights. Even when physical force is justified, police “must also select the appropriate ‘degree of force,’” and must take “measured and ascending action” in response to the threat posed by a suspect. No reasonable officer in the Defendants’ position could have thought that setting Olivas on fire was an appropriate, measured response to the possibility that Olivas might set himself on fire.

The filing goes on to argue that the officers’ “conduct in this case amounted to a constitutional violation, and an obvious one at that.”

At the heart of the Fifth Circuit’s reasoning was the, perhaps obvious, insight that there was no other “clearly established” precedent that denied qualified immunity in a case involving “a suicidal individual, flammable material, a credible threat of arson, or the potential immolation of others.”

In qualified immunity determinations, courts often apply the “clearly established law” standard to dismiss lawsuits if the facts do not line up precisely with cases already on the books—an arguably Kafkaesque reading of how precedent under the law works. Essentially, this understanding of qualified immunity requires prior cases with almost exactly similar fact situations for lawsuits against police officers to go forward but, as advocates for eliminating qualified immunity have pointed out, courts seldom create such precedent so there’s not much of an avenue to ever rely on.

The U.S. Supreme Court recently began to chip away at the “clearly established” standard in Taylor v. Riojas. The decision instructs lower courts that qualified immunity depends on whether an officer had “fair warning” that their conduct was unlawful.

[To] the extent this case involves distinct facts, those distinctions only underscore how plainly unreasonable the use of force here actually was. It is precisely because this case involved “flammable material” and the “potential immolation of others” that the use of force was excessive—the Defendants knowingly created the very danger they were called to prevent. This case therefore involves a continuation of the same flawed mode of qualified immunity analysis that the Supreme Court has begun to curb. The Court should grant the petition to elaborate in detail on how lower courts should understand and apply Taylor v. Riojas to ensure that judges do not keep making the same mistakes.