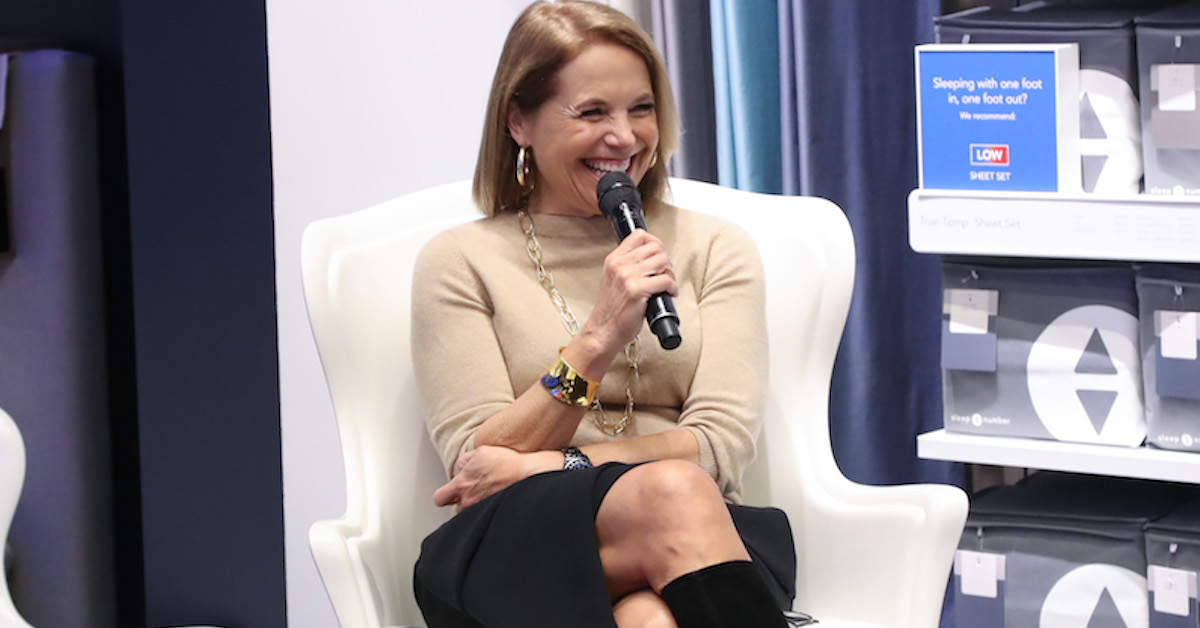 A gun rights group that sued Katie Couric for defamation in 2016 over a deceptively edited video have lost the case. The case was decided on Thursday.

Couric produced the documentary Under the Gun and received a lot of backlash from conservative media outlets for depicting pro-gun members of the Virginia Citizens Defense League (VCDL) as stumped by a gun policy question.

“If there are no background checks for gun purchasers, how do you prevent felons or terrorists from purchasing a gun?” Couric asked. After that, there was silence from VCDL members.

The U.S. Court of Appeals for the Fourth Circuit described the portrayal of their reaction this way:

Approximately nine seconds of silence follow, during which the VCDL members, including Webb, a gun store owner, and Hawes, an attorney, sit in silence and shift uncomfortably in their seats, averting their eyes. The film cuts to a revolver chamber closing. Couric then says: “The background check is considered the first line of defense, and 90% of Americans agree it’s a good thing.” Neither the VCDL nor its members are mentioned again in the 105-minute film.

The problem was that the VCDL members were actually forthcoming with a response to the question, but this response wasn’t included.

“In the unedited footage, Couric’s background check question prompted approximately six minutes of responses from the VCDL members,” the filing said. “[Plaintiff Daniel] Hawes responded by suggesting that the government cannot, consistent with the Constitution, prevent crimes through prior restraint. [Plaintiff Patricia] Webb commented that background checks are unlikely to prevent motivated criminals from obtaining guns or committing crimes. These responses were followed by approximately three minutes of related discussion between Couric and the panel.”

“Rather than use these responses, the filmmakers spliced in b-roll footage taken prior to the interview in which Couric asked the VCDL interviewees to sit in silence while technicians calibrated the recording equipment,” the filing continued.

The VCDL argued the footage was defamatory because it implied the organization “failed to deliver on its mission, thereby casting aspersion on the VCDL’s prestige and standing in the field of Second Amendment advocacy.” The group also argued the footage indicated that the VCDL and its members had “no basis for opposing background checks or are otherwise uninformed in their areas of expertise.”

Unfortunately for the VCDL, Virginia law led the court to see this differently. While the appellate court acknowledged that the editing choices were “questionable,” it was decided that the district court was correct in dismissing the case because there was no defamatory meaning to the edit.

“The crux of appellants’ defamation claims is that the edited interview ‘manufacture[d] a false exchange . . . that made [appellants] look ridiculous, incompetent, and ignorant about firearm ownership and sales, including the policies surrounding background checks,'” the court concluded. “Although we agree that the filmmakers’ editing choices were questionable, the edited footage simply does not rise to the level of defamation under Virginia law.”

You can watch the controversial video in the player below.

You can also read the Thursday filing below.