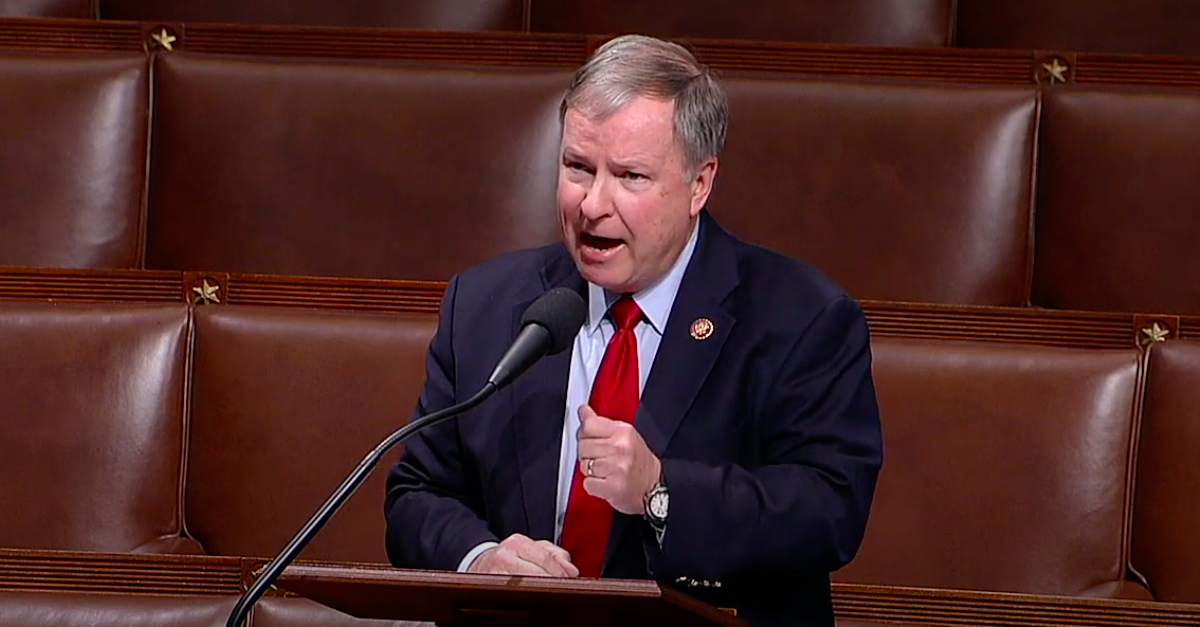 A former aide accused Colorado Republican Rep. Doug Lamborn of showcasing “reckless” disregard for congressional rules and regulations, allowing his son to live in a storage unit located in the basement of the U.S. Capitol for several weeks and ignoring safety measures that caused multiple staffers and himself to contract COVID-19.

In a 16-page lawsuit filed Thursday in the U.S. District Court for the District of Columbia, former Lamborn military and business advisor Brandon Pope claimed he was unlawfully fired in retaliation for pushing back against unethical and unsafe workplace conditions, particularly after several staffers had been exposed to COVID-19.

“In the workplace, Lamborn did not require employees in the District Office to wear masks, claiming that he would not allow House Leadership to dictate how he ran his office, and he did not permit all employees to social distance,” the lawsuit stated. “Worse, when Lamborn and other senior members of his staff became infected with COVID-19 in the fall of 2020, Lamborn refused to implement or follow reasonable and responsible COVID-19 protocols, resulting in the widespread transmission of the virus throughout both the District and Washington, D.C. Offices.”

The Republican lawmaker allegedly told staff that he “did not care” if his employees got sick, and refused to wear a mask or allow social distancing, even after the disease began to spread within the office.

According to the suit, after a senior aide tested positive for COVID-19 on Oct. 5, Lamborn lied to the House physician about being in close contact with his own staff. Even as others began reporting Covid-19 symptoms, he would regularly make people continue to come in and even slept in his office on several occasions, the suit said.

Pope also alleged that Lamborn used his position to benefit his family and forced staffers to do personal favors on their behalf, particularly with respect to his son.

“Representative Lamborn allowed his son to live in Congressional space. Lamborn gave his son the necessary access to live in a storage area in the basement of the U.S. Capitol for a period of weeks when Lamborn’s son relocated to Washington, D.C. for work,” the suit stated. “When Lamborn’s son was applying to federal jobs, Lamborn’s Office required Mr. Pope and another staffer to show him how the USA Jobs site worked and to give him tips on completing applications for federal employment. Subsequently, the Office required Mr. Pope to help prepare Lamborn’s son for job interviews by asking him mock interview questions and helping him craft his responses.”

Staffers were also allegedly required to “conduct personal errands” for the Lamborn family, including loading furniture that was being moved, setting up personal electronic equipment, picking up personal mail. Pope also said that employees were “compelled to give Christmas and birthday gifts to Rep. Lamborn and his wife.”

The suit claims that Pope’s unlawful termination violated the Congressional Accountability Act and seeks a court order preventing Lamborn from engaging in similar conduct in the future and monetary damages to be determined at trial.

Law&Crime emailed Lamborn about the allegations but did not receive a response prior to publication.

A Lamborn spokeswoman reportedly said that the claims in Pope’s lawsuit are “unsubstantiated” and that Rep. Lamborn “looks forward to full vindication.”

UPDATE: Per Rep Lamborn spokeswoman, "The workplace safety allegations made by Mr. Pope are unsubstantiated and did not result in the termination of his employment. Congressman Lamborn looks forward to full vindication as all facts come to light.”