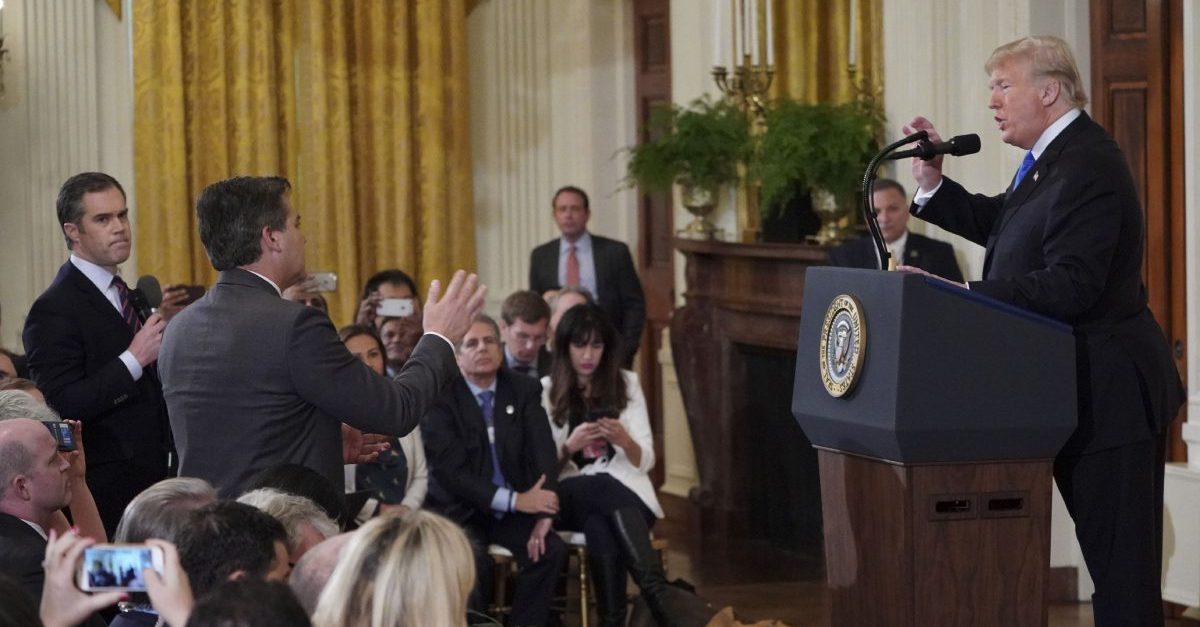 A federal court on Tuesday ruled that a lawsuit brought by a literary advocacy group was allowed to go forward. The group accused President Donald Trump of violating the First Amendment by using the powers of his office to retaliate against media entities over coverage he disliked,

In a 24-page opinion, U.S. District Judge Lorna G. Schofield denied a government motion to dismiss the case, reasoning that the group, PEN America (PEN), had constitutional standing to pursue the First Amendment claims against Trump for selectively barring access to the White House press corps and revoking or threatening to revoke the security clearances of former government officials whose commentary he dislikes. PEN members include journalists for the many of the leading news and media outlets, including the Washington Post, Cable News Network (“CNN”) and National Broadcasting Company (“NBC”)–all of whom report on the Trump administration.

In finding that the government’s threat to chill the press corps’ free speech was valid, Schofield specifically cited to the White House revoking the credentials of CNN correspondent Jim Acosta. “[The complaint] alleges that Defendant unconstitutionally threatened the White House press corps by warning reporters that they would be ousted from press conferences or have their press credentials revoked, if they spoke out in a way Defendant disfavored,” Schofield wrote. The opinion and order did not stop there:

The threats are lent credence by the fact that Defendant has acted on them before, by revoking Mr. Acosta’s credentials and barring reporters from particular press conferences. The Press Secretary indeed e-mailed the entire press corps to inform them of new rules of conduct and to warn of further consequences, citing the incident involving Mr. Acosta. The Complaint furthermore alleges that Defendant has decision-making authority to undertake these actions. As a result of the conduct, Plaintiff’s own member’s, Mr. Acosta’s, speech rights have been injured. Plaintiff has also suffered an injury to its right to receive information from the press corps.

“The president can take to Twitter to complain all he wants about media coverage, but he abuses his power and violates the Constitution when he uses his office to punish members of the media,” said Kristy Parker, counsel for Protect Democracy, one of the organizations representing PEN in the lawsuit. “This is not North Korea—we don’t allow our politicians to control what the press says or punish the media for coverage that Dear Leader doesn’t like. Just the opposite—we rely on the media to hold the powerful accountable to the people. It’s important for all Americans that the press can do their jobs freely.”