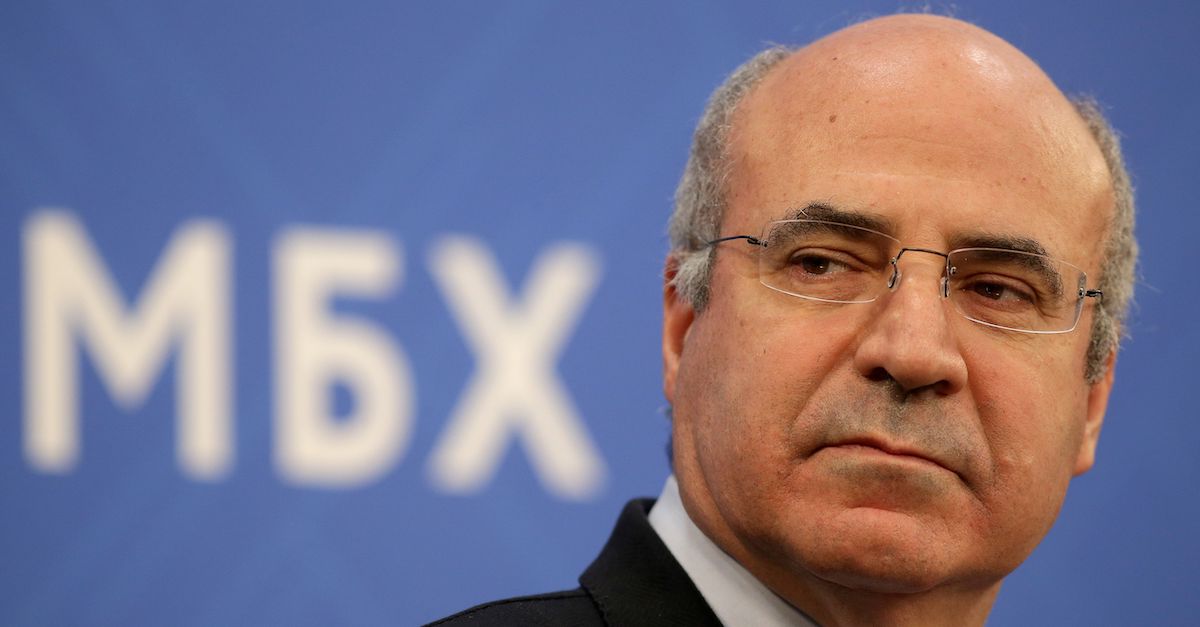 Hermitage Capital CEO and arch-critic of the Kremlin, Bill Browder attends a press conference in London on November 20, 2018.

Former Soviet counterintelligence officer Rinat Akhmetshin, one of the figures from the Trump Tower meeting with the outgoing president’s 2016 campaign, received another chance from the D.C. Circuit to pursue defamation charges against prominent Kremlin critic Bill Browder.

A D.C.-based lobbyist, Akhmetshin sued Browder over tweets describing him as a “Russian GRU officer” and a “Russian intelligence asset,” a Business Insider interview describing him as a “a member of Putin’s secret police,” and a TV spot labeling him “by all accounts, some kind of shady former Soviet spy, current spy operator in Washington.”

Browder had been reacting to news that Akhmetshin had been one of the figures in the 2016 Trump Tower meeting, attended by the president son Donald Trump Jr., son-in-law Jared Kushner, then-future campaign chair and eventual pardonee Paul Manafort and Russian lawyer Natalia Veselnitskaya.

Before that meeting, Trump Jr. was promised dirt on his father’s then-rival Hillary Clinton, and he told his contact “if it’s what you say I love it,” as documented in the Mueller report.

On Tuesday, a divided panel of the D.C. Circuit revived that case for the limited purpose of learning more about Browder’s travels to determine whether a U.S. court can hear the case.

“It is undisputed that Browder’s visits to the District often have been related to his advocacy for measures holding human rights abusers in Russia accountable for their misdeeds,” the ruling states.

Browder successfully urged Congress and the European Union to enact human rights legislation inspired by Sergei Magnitsky, who blew the whistle on a $230 million theft of the Russian Treasury through fraudulent tax refunds. Arrested after reporting the crime, Magnitsky turned up dead in a Moscow jail, where he allegedly was abused. Magnitsky Act sanctions have targeted human rights abuses in Vladimir Putin’s Russia.

In the majority opinion, Jimmy Carter-appointed U.S. Circuit Judge Harry T. Edwards ruled that the lower court should have ordered discovery to see whether Browder’s travels in Washington could have satisfied the “long arm” of the U.S. judiciary’s jurisdiction, which has an exception for “government contacts.”

“The District Court relied on an overly broad construction of the government contacts exception in granting judgment for Browder and denying jurisdictional discovery,” wrote Edwards, who was joined by Trump-appointed U.S. Circuit Judge Gregory Katsas. “Therefore, we have no sound basis upon which to credit the District Court’s judgment.”

In a dissenting opinion, U.S. Circuit Judge David Tatel argued that the question was one of D.C. law, which was better suited for its appellate court rather than federal judiciary.

“Of course, the D.C. Court of Appeals might well agree with my colleagues,” wrote Tatel, a Bill Clinton appointee. “But given the uncertainty of District law and the importance of this issue, that ‘choice [is] not ours to make.'”

Tatel would have had a court decide whether Browder’s media advocacy to make make the case to Congress counted as “government contacts”—and whether that was an exception the Brit could claim to avoid jurisdiction.

“In rejecting Mr. Browder’s contorted legal arguments, the Court of Appeals exposed the irony of his attempt to cloak himself in protections that were never intended to apply to him,” Tremonte wrote in an email.
“It simply does not make sense to immunize the likes of Mr. Browder, who renounced his U.S. citizenship more than 20 years ago, from having to answer for injury he caused to a District resident.”

Browder and his attorney did not respond to emails requesting comment.

As reported by NBC, the Soviet-born Akhmetshin served in the military there before emigrating to the United States, where he hold dual citizenship. Akhmetshin confirmed to the Associated press that this former work with Soviet military included counterintelligence.

As a lobbyist, Akhmetshin tried to sow doubt over Russia’s role in Magnitsky’s death, and so did Veselnitskaya, who was then representing the Cyprus-based Prevezon Holdings, which U.S. prosecutors charged with being a money laundering conduit to the fraud Magnitsky exposed. Manafort’s notes from the meeting show “adoptions” were discussed, a topic Trump Jr. insisted was a “priority” for the meeting.

After the United States passed the Magnitsky Act, Russia retaliated against the sanctions by banning U.S. adoptions.

Read the D.C. Circuit’s ruling below: