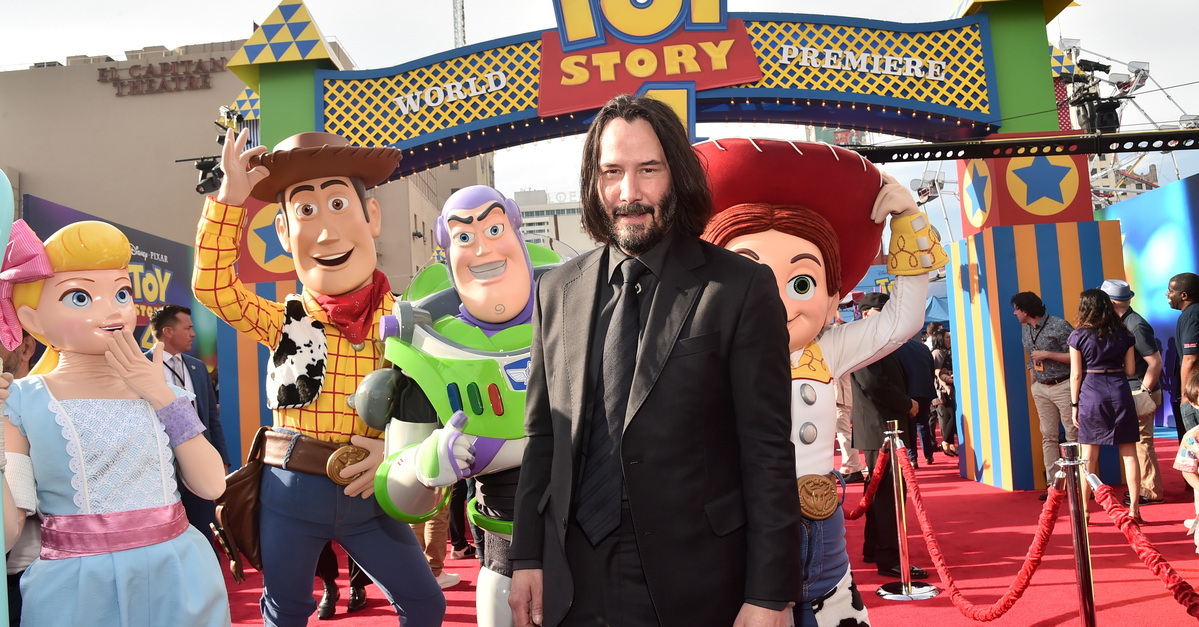 Keanu Reeves attends the world premiere of Disney and Pixar’s TOY STORY 4 at the El Capitan Theatre in Hollywood, CA on Tuesday, June 11, 2019.

The son of famed 1970s stuntman Evel Knievel is suing Disney and Pixar over the daredevil character Duke Caboom from Toy Story 4.

Kelly Knievel, the son of world-famous stuntman Evel Knievel, filed a lawsuit against the Walt Disney Company and Pixar Wednesday, alleging that the Caboom character, voiced by Keanu Reeves, was so similar to Kneivel himself that it constituted violation of federal trademark law.

Kelly Kneivel’s company, K and K Promotions, has owned the publicity rights to Evel Knievel since 1978; the federal lawsuit now seeks over $300,000 in damages for false endorsement and unjust enrichment.

“It is obvious Duke Caboom is a knock off of Evel Knievel,” K&K said in a statement published online. “While we note that Disney uses their Mickey Mouse lawyers to aggressively protect Disney intellectual property, they did not seek permission to use Evel Knievel at any time.”

Evel Knievel, born Robert Craig Knievel Jr., was world renowned for his daredevil motorcycle stunts during the 1970s, including jumps over the Caesars Palace fountain in Las Vegas. Knievel was injured many times during his career before he passed away in 2007.

“Evel Knievel did not thrill millions around the world, break his bones and spill his blood just so Disney could make a bunch of money,” the younger Knievel said.

Disney has reportedly denied the allegations and intends to mount a vigorous defense against the lawsuit.