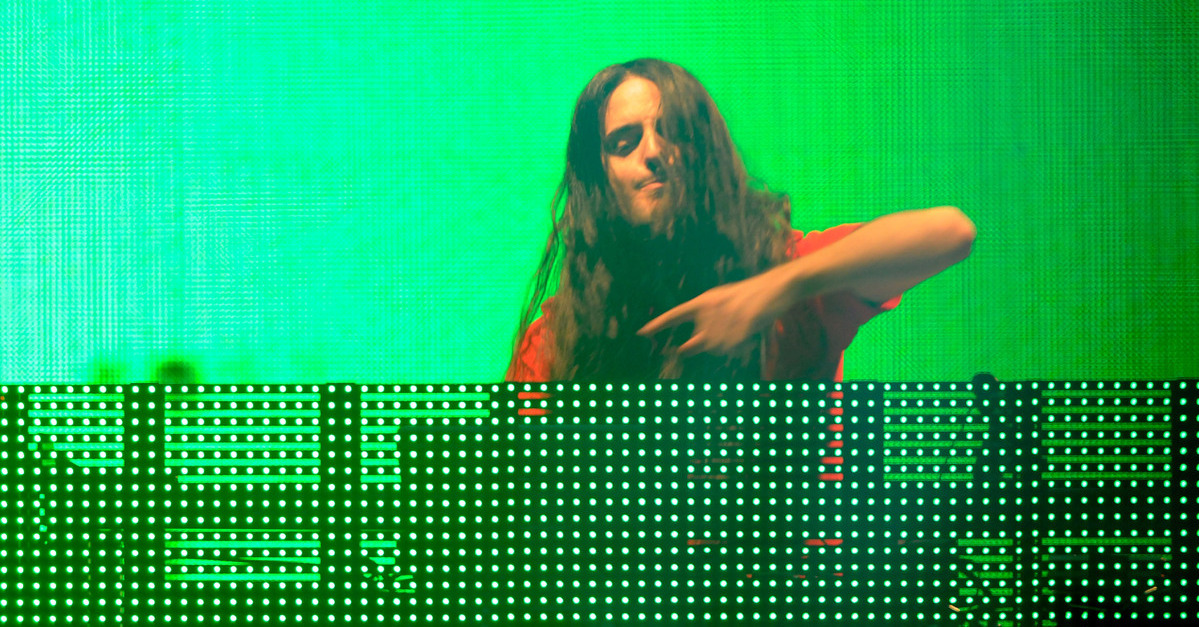 The artist, through his attorney Mitchell Schuster, has vehemently denied the allegations.

“These outrageous claims – which were clearly designed for the media, rather than for the courts – are completely without merit, and we eagerly look forward to proving so,” Schuster said in a statement to Law&Crime.

Filed in the U.S. District Court for the Middle District of Tennessee, the 22-page complaint alleges the DJ, whose real name is Lorin Ashton, facilitated a years-long scheme “to groom and ultimately sexually victimize underage girls” through the use of various facilitated for-profit companies, charities and an activist mystique.

“Bassnectar was postured as an altruistic, activist organization originated by one man who provided a sense of belonging and righteousness to youth that may have felt like they never got that in their lives before,” the lawsuit filed by Rachel Ramsbottom and Alexis Bowling reads. “He gave them friends, fun and a purpose. In many ways he was held out by himself and others to his followers—both adults and children—as God-like.”

Female followers were allegedly cultivated via the BeInteractive nonprofit, now called the Interactive Giving Fund (which is a named defendant in the lawsuit), and specifically through the charity’s “amBASSadors” program where fans were directed into various local and national volunteer activities.

Some girls were allegedly diverted to Ashton himself.

“Bassnectar solicited underage girls through various means, including, but not limited to, Twitter, the BeInteractive amBASSadors, and live shows, presenting himself as an advisor and peer in order to gain young girls trust, despite the fact that he was in his mid-thirties at the time,” the complaint alleges. “Bassnectar was able to conceal yet maintain consistent contact with these underage girls through secretive messaging apps which he required all communication to be funneled through so that he could groom them for eventual commercial sex acts, get them to send him sexually explicit photographs and further exploit them for his own gratification.”

The lawsuit alleges that Ashton used his charities and the promise of “tickets to his shows” as well as backstage passes to ingratiate “himself into [underage girls] lives” and then “dictate how these underage girls would behave” in various ways—always keeping the behavior “hidden from their parents and the public.”

“After performances, Bassnectar would invite these underage girls to his hotel room and demand that the girls shower so that they were ‘clean,'” the filing alleges. “He would then have sex with them, requiring the sex to be unprotected, without a condom, and would provide large sums of cash and other items of value in exchange. Bassnectar would also require these underage girls to take sexually explicit photographs of themselves with their cell phones and send them to him.”

The lawsuit also makes a point to reference Bassnectar’s use of the Sam Mendes film “American Beauty” during his live performances and alleges that Ashton would regularly ply girls with the suggestion that they should watch the “movie about an older man having a relationship with a young girl.”

“We have seen a true reckoning in recent years of powerful individuals and institutions finally being held to account for years of sexual abuse against adults and minors,” plaintiffs’ attorney Brian Kent said in a press release. “But we have only begun to scratch the surface of how these influential figures and entities can go on for years committing abuses without being held responsible. This lawsuit is about seeking justice not just against Bassnectar but against the corporations that cooperate in and help facilitate the abuses he is alleged to have committed.”

According to the section of the filing specific to Ramsbottom, Ashton paid her some $1,000 for unprotected sex “in mixed bills” while she was a minor and went on to control her life to the point of directing her choice of college major and encouraging her to change her last name. The complaint alleges that he also “solicited Rachel to take and send sexually explicit photographs of herself while naked.”

The complaint goes on to allege that Ashton agreed his behavior was wrong during a June 2020 phone call where he frequently expressed a fear of going to jail.

Bowling alleges that she was paid $300 and $1,600 “in cash” by Ashton on two separate occasions where he kissed and touched her in the bushes for hours and had unprotected sex with her, respectively. The complaint alleges that Ashton also attempted to control and dictate “every aspect of Alexis’s life, telling her what she could or could not do, who she could hang out with, what she could wear, etc.”

The internationally renowned DJ was first caught up in the #MeToo movement in 2020 when the Instagram account @evidenceagainstbassnectar was formed. Dozens of women and girls came forward with allegations—prompting Ashton to step back from the spotlight in a public statement that did not directly address any of those allegations.

“[F]ollowing the posting of @evidenceagainstbassnectar on Instagram, the head of Bassnectar’s charitable organization contacted Alexis in an attempt to further manipulate and silence Alexis from speaking out about what Bassnectar did to her as a minor,” the filing claims.