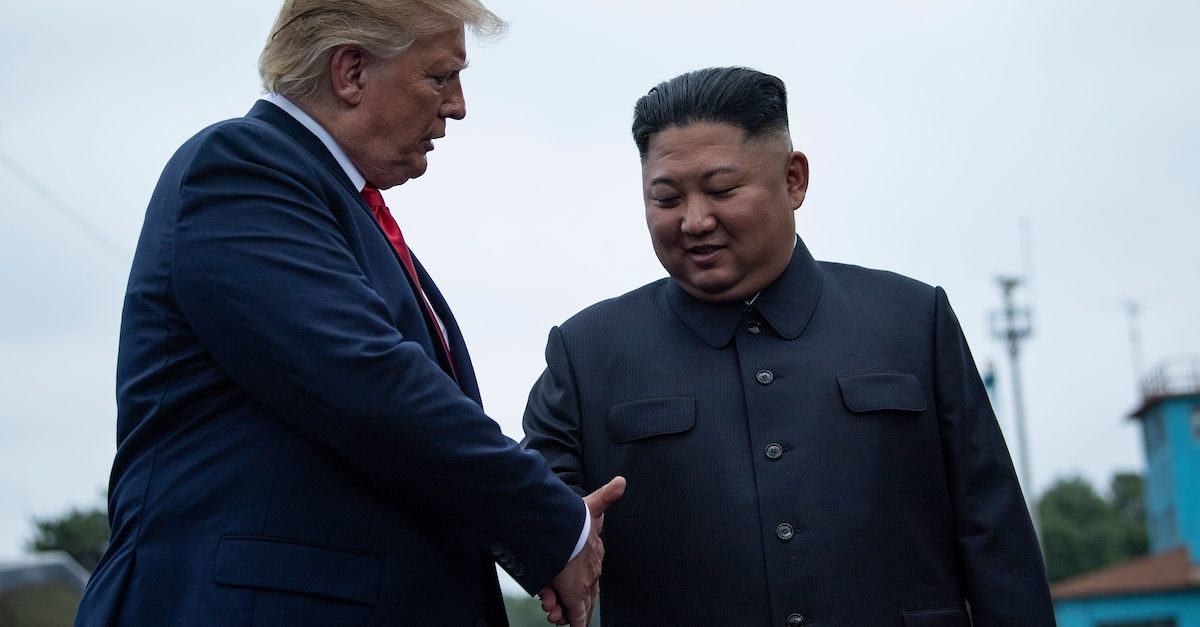 In a federal indictment unsealed for the first time Thursday, the Department of Justice alleged that North Korea’s state-owned bank and dozens of individuals engaged in a multi-year international money laundering scheme that facilitated more than $2.5 billion in illegal payments for the nation’s nuclear weapons and missile program.

Federal prosecutors charged 28 North Koreans and five Chinese nationals, claiming they conducted the covert operation to circumvent sanctions that the U.S. Department of Treasury imposed on the nation’s Foreign Trade Bank (FTB). According to the indictment, which was filed in February in the U.S. District Court for the District of Columbia, agents working for FTB created more than 250 “front companies” and covert FTB branches across the globe to process otherwise prohibited transactions using U.S. dollar payments.

“[T]he defendants and other co-conspirators took up residence in foreign countries to operate these covert branches, from which they opened and operated front companies and worked with established third-party financial facilitators to procure commodities and facilitate payments in U.S. dollars on behalf of parties in North Korea,” the indictment stated.

By concealing FTB’s involvement in U.S. dollar payments, the defendants were able to “trick” other banks into processing the illegal transactions, $2.5 billion of which was funneled through the United States.

“Through this indictment, the United States has signified its commitment to hampering North Korea’s ability to illegally access the U.S. financial system and limit its ability to use proceeds from illicit actions to enhance its illegal WMD and ballistic missile programs,” Acting United States Attorney Michael R. Sherwin said in a statement.

The indictment also revealed that China has been knowingly assisting the North Korean government in evading U.S. sanctions, according to Joshua Stanton, an attorney and expert in U.S. sanctions policy who assisted in writing the 2016 law strengthening penalties against North Korea.

“This adds to the already overwhelming evidence that China’s government is willfully assisting Kim Jong Un in his violations of North Korea sanctions,” Stanton told the Washington Post.

He also criticized the Trump administration for failing to impose more significant penalties despite officials claiming they have a policy of “maximum pressure” against North Korea.

“As I’ve said all along, it will be maximum pressure when a Chinese bank gets hit with a nine-digit civil penalty or a serious indictment for violating North Korea sanctions,” Stanton wrote in an online post about the indictment. “Today’s action (along with other recent OFAC actions) will help sustain our pressure at a moderate level, but will not raise it to maximum.”