Court Dismisses Tulsi Gabbard’s Lawsuit Against Google: ‘These Facts Could Never Give Rise to a First Amendment Claim’ 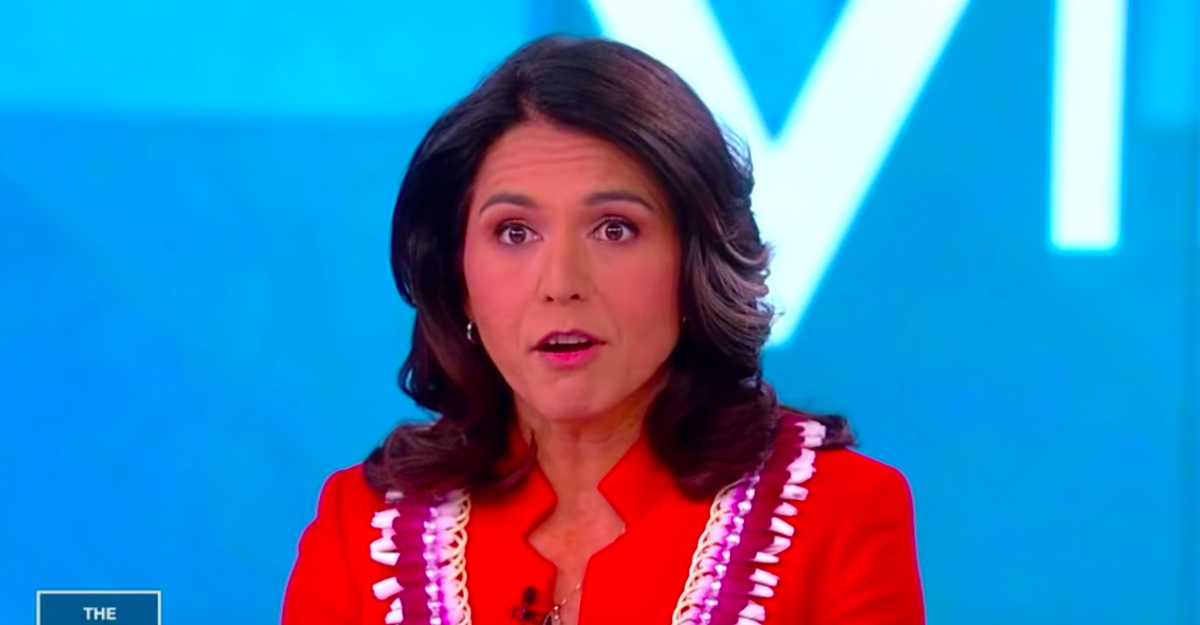 A federal court on Wednesday threw out a lawsuit filed by Rep. Tulsi Gabbard (D-HI), in which she accused tech behemoth Google of violating her First Amendment right by suspending her campaign’s advertising account for several hours following last summer’s Democratic primary debate. U.S. District Judge Stephen Wilson granted Google’s motion to dismiss the complaint, writing that “these facts could never give rise to a First Amendment claim.”

Gabbard alleged that Google had intentionally censored her speech due to political bias, a claim the court said could not stand because the online search engine is not a government entity.

Google contended that the account was automatically suspended due to suspicious activity after Gabbard campaign’s attempted to capitalize on her debate performance with a massive ad buy.

But regardless of the company’s reason, Judge Wilson pointed out that Google cannot be held subject to the First Amendment’s prohibition against abridging free speech.

“Google is not now, nor (to the Court’s knowledge) has it ever been, an arm of the United States government,” he wrote. “The text and original meaning of those Amendments, as well as this Court’s longstanding precedents, establish that the Free Speech Clause prohibits only governmental abridgment of speech. The Free Speech Clause does not prohibit private abridgment of speech.”

Gabbard attempted to circumvent this constitutional principle by claiming that Google regulated political advertising on its platform, and therefore qualified as a state actor by virtue of providing the traditional government service of regulating a national election. But Judge Wilson was not convinced.

“What Plaintiff fails to establish is how Google’s regulation of its own platform is in any way equivalent to a governmental regulation of an election,” he wrote. “Google does not hold primaries, it does not select candidates, and it does not prevent anyone from running for office or voting in elections. To the extent Google ‘regulates’ anything, it regulates its own private speech and platform.”