Can You Be Sued for Spreading Coronavirus? | Law & Crime

Can You Be Sued for Infecting Someone with Coronavirus? 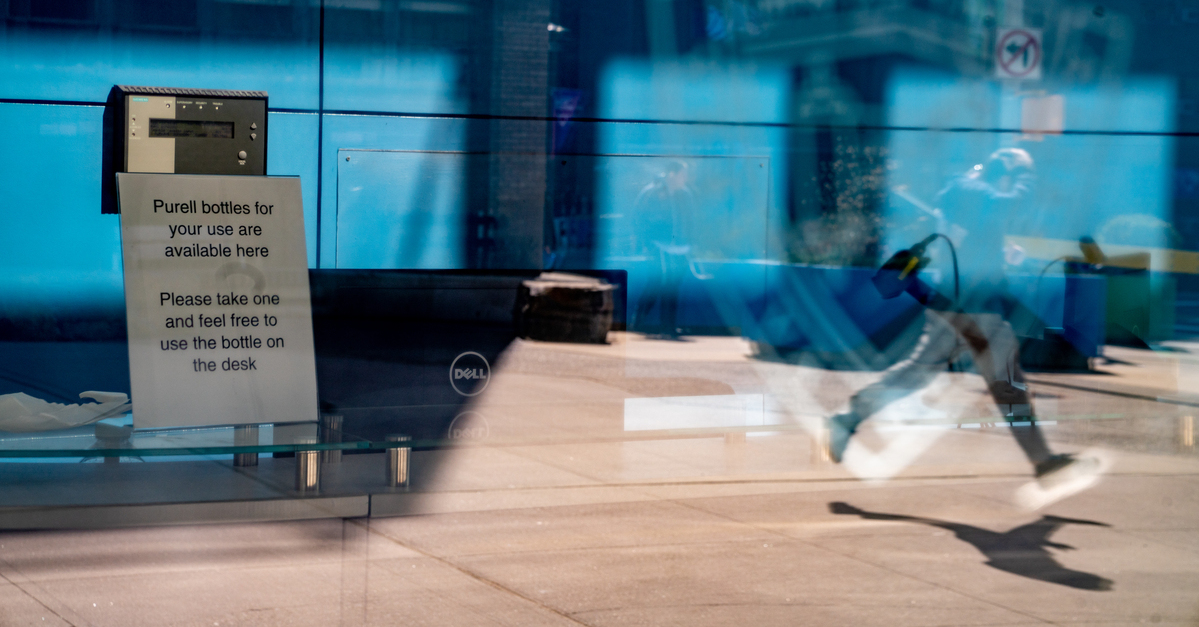 A sign at Yeshiva University offers bottles of hand sanitizer as the university said in a statement all classes were canceled after one of its students contracted Covid-19 on March 4, 2020 in New York City. The student’s father was the second person to test positive for Covid-19 in New York and is currently hospitalized.

As the Coronavirus (COVID-19) spreads across the country on track to become a pandemic in short order, relatively novel legal questions about the deadly illness are likely to arise.

What happens, for example, if you know you have the COVID-19 infection and fail to take the proper precautions—thereby spreading the contagion around and infecting others?

A New Hampshire man could prove to be an interesting (hypothetical) test case here.

According to a local NBC affiliate in New York, City, the unnamed Live Free or Die State’s index patient was told to stay put and self-isolate by medical professionals after testing positive for COVID-19 earlier last week.

The first man, who works at the university’s hospital, went on to ignore health professionals and instead “attended an invitation-only private event on Friday“ at Dartmouth University’s Tuck School of Business. A second man, who was reportedly in close contact with the first at the hospital, has since contracted the infection as well.

According to The Dartmouth, the first man was later given “an official order of isolation” from state health officials. Attendees at the Friday event have since been advised to isolate themselves for 14 days but so far no one else has tested positive for COVID-19.

So, what type of consequences might arise from spreading a deadly infectious illness? Plenty—both civil and criminal.

Oftentimes, the breach of duty element is one of the more difficult pieces of the puzzle to put together for a negligence claim—but here the issue is seemingly pretty clear; the first New Hampshire man reportedly knew he had COVID-19, ignored advice to isolate himself, and endangered others. The major hurdle in this case would be proving that his actions actually caused another person(s) injury.

USC Gould School of Law Professor Gregory C. Keating teaches and write about torts. He also edits a law school case book on the subject. Law&Crime reached out for a tidy expert opinion on the practical legal possibilities here.

“Normally, there is no tort liability because no victim can prove causation,” Keating said via email. “They can’t identify the person from whom they contracted the virus. If they could do that, they could prevail on a negligence claim so long as (1) they became ill (no tort without harm); (2) they should have known that they were contagious; and (3) they were therefore careless not to stay home. You never see these claims, mostly because cause is impossible to establish. None of us usually know who we caught a virus from, unless it’s a family member.”

But the specific circumstances surrounding the New Hampshire situation—which could very well apply to other people told to isolate after contracting the virus—could make for a relatively successful lawsuit in this case.

So if someone went to the event and then got sick with coronavirus they have a decent prima facie case. Even then, the lag between exposure and illness, the possibility of other undiagnosed but contagious carriers, the fact that this person has been in many other places, mean that the case isn’t a slam dunk winner. Still, if one or more people who attended the event are sick or soon become sick they may have cases good enough to go to a jury.

Of course, this is America—anyone can technically file a lawsuit for any reason. There’s a long history of lawsuits over HIV/AIDS transmission (and other STIs) but these lawsuits typically encapsulated allegedly intentional—or more intentional-seeming—behavior and torts. Several such lawsuits were brought in the nineties and early 2000s.

In sum, these kinds of lawsuits have a spotty record in the courts but it’s not because the issue isn’t clear cut—it’s just hard to prove.

Aside from civil penalties, roughly two-thirds of the states have laws that criminalize the intentional spread of infectious diseases—or even actions adjudicated to be attempted spread of such diseases—which, at least not yet, doesn’t appear to be happening here.

Such crimes are typically treated as felonies—and can involve hefty prison sentences ranging from several months to decades in prison.