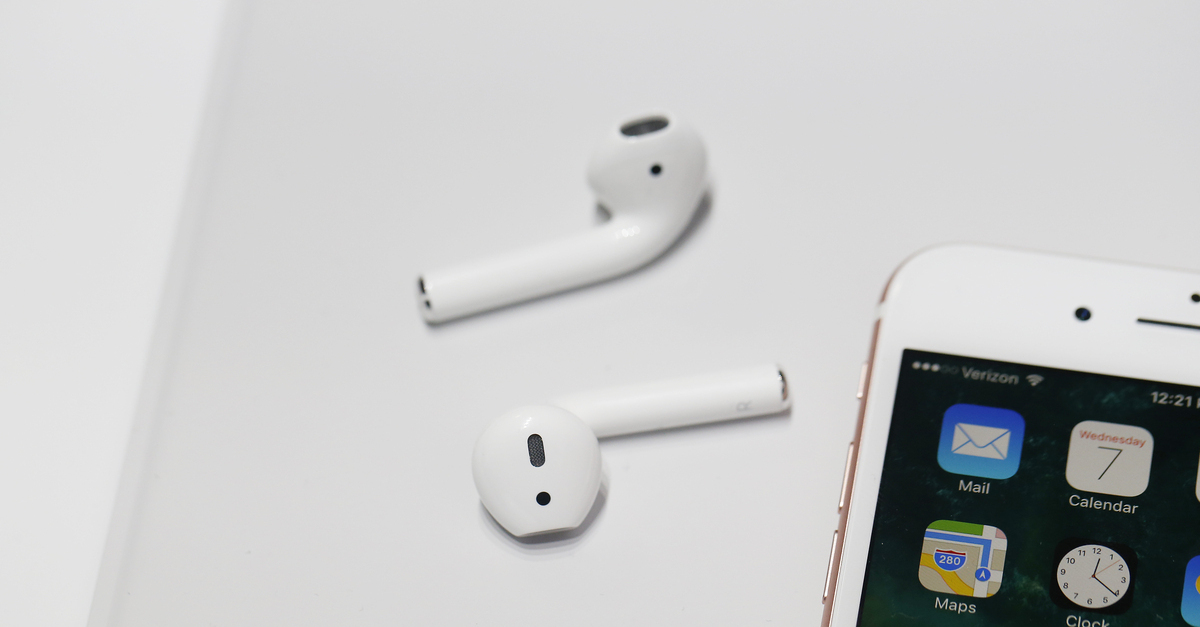 A pair of the new Apple AirPods are seen during a launch event on September 7, 2016 in San Francisco, California. (Photo by Stephen Lam/Getty Images.)

The parents of a San Antonio 12-year old allegedly injured when an AMBER Alert notification came through his Apple AirPods have sued Apple in federal court, seeking to hold the tech giant and its suppliers accountable for their child’s allegedly permanent hearing loss.

According to the 26-page complaint, the child (identified in court documents only as B.G.) had been watching Netflix while wearing an AirPod at low volume in his right ear.  Per the complaint, “an Amber Alert went off suddenly, and without warning, at a volume that tore apart B.G.’s ear drum, damaged his cochlea, and caused significant injuries to B.G.’s hearing.” Plaintiffs say that since the incident, B.G. has suffered bouts of dizziness, vertigo, and nausea along with “sudden and permanent hearing loss in his right ear, other significant and temporary or permanent injuries, pain, suffering, and the loss of the pleasures of life” as a result of the defendants’ negligence. The plaintiff parents assert that their son’s hearing was normal before this incident and that he must now use a hearing aid for the rest of his life.

The plaintiff parents raised claims for negligence and gross negligence, strict products liability (including design defect, manufacturing defect, and failure to warn), breach of implied warranty, and fraud. They also brought a claim for negligent infliction of emotional distress for their own damages in witnessing their son’s injury. Gordoa and Reyes seek not only compensatory damages for their child’s injuries but also punitive damages against Apple and its manufacturers.

The plaintiffs allege that even when used in accordance with the instructions, AirPods create “an unreasonably dangerous environment . . . in the ear unbeknownst to the user such that sudden increases in sound volumes associated with notifications or alerts are not properly equalized, limited, controlled, incremented, or reduced.” What’s more, say the plaintiffs, their son’s injury is hardly the first caused by AirPods. According to court docs, the defendants knew about the problem both before and after B.G.’s injury. Plaintiffs say that Apple and the other defendants recklessly ignored the problem that had been reported to them “at least 1538 times as of April 12, 2019.” 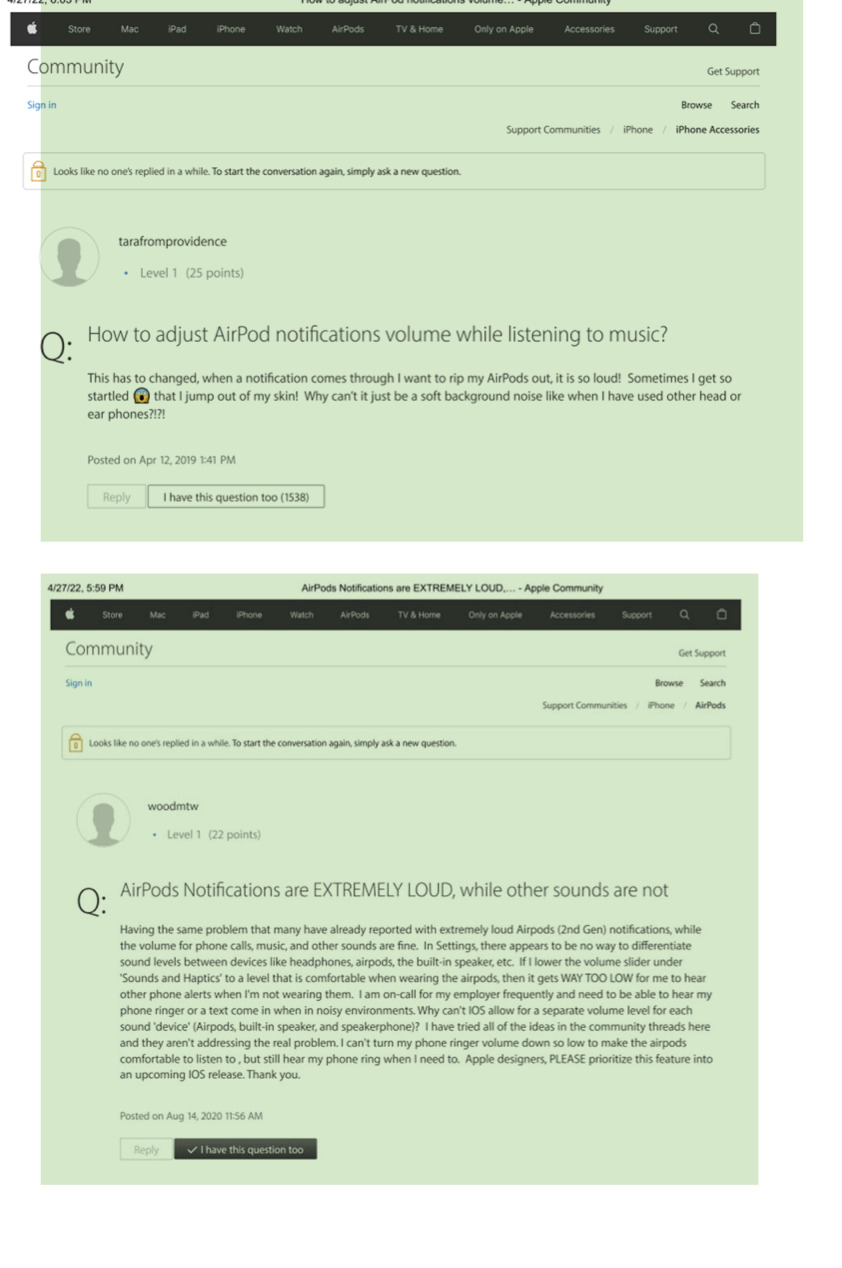 “This boy’s life has been severely altered because Apple did not provide a warning about the volume levels of its AirPods, leading to his permanent hearing loss,” said attorney Tej Paranjpe, who represents the plaintiffs. “Had Apple designed the AirPods to self-adjust to safe levels or provided warnings about the volume increases associated with alerts, this boy would be living a normal life.”

In a video statement viewable below, B.G.’s mother Ariani Reyes said, “We are very sad, frustrated, and also we are a little bit angry, because he was a regular healthy, athletic boy, and his life has changed.”

Counsel for Apple and Luxshare did not immediately respond to request for comment.