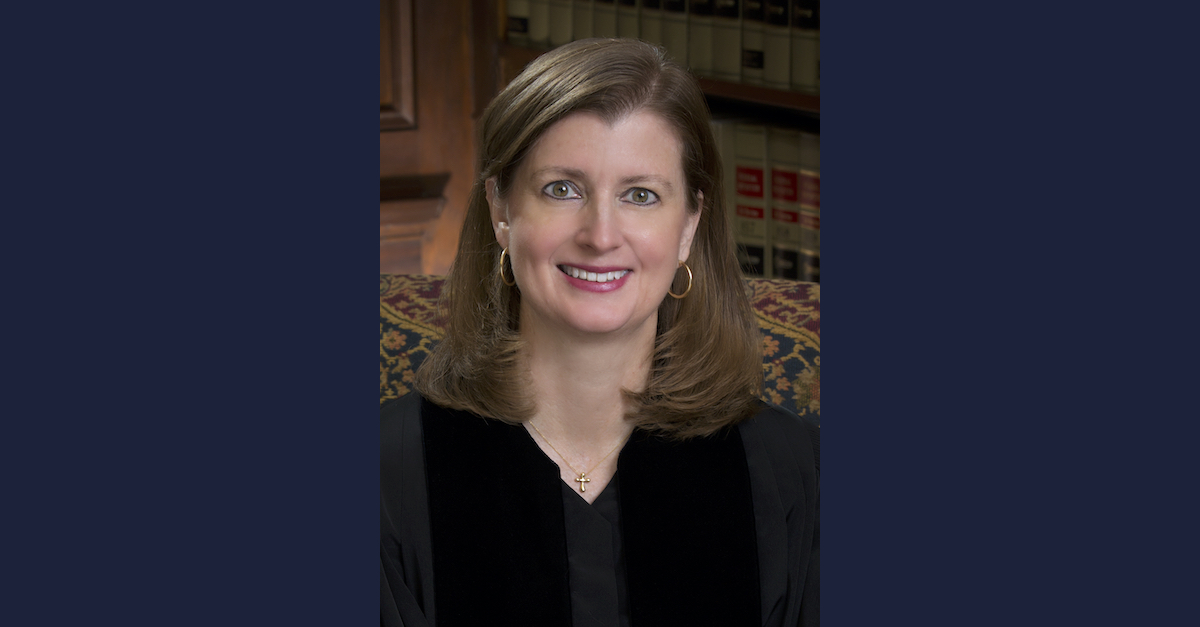 A federal appellate judge became the first to signal that she will add her name to a boycott of hiring graduates from Yale Law School for clerkships, an idea first proposed by another appellate judge and fellow appointee of former president Donald Trump.

On Friday, U.S. Circuit Judge Elizabeth Branch of the U.S. Court of Appeals for the 11th Circuit sent a statement to National Review to say that she was, eventually, and in a limited fashion, going to join the Handsome Dan ban floated by Fifth Circuit Judge James Ho.

Branch’s statement cites alleged concerns with freedom of speech on the New Haven, Connecticut campus. Yale is a private institution and is not subject to the First Amendment of the U.S. Constitution like a state actor is.

“My friend, Judge Jim Ho, recently raised legitimate concerns about the lack of free speech on law school campuses, Yale in particular,” the Atlanta-based judge wrote. “Like Judge Ho, I am gravely concerned that the stifling of debate not only is antithetical to this country’s founding principles, but also stunts intellectual growth.”

In late September of this year, Ho made waves by denouncing “cancel culture” during a speech before the Federalist Society.

“Yale presents itself as the best, most elite institution of legal education,” Ho said in remarks originally published by the conservative magazine. “Yet it’s the worst when it comes to legal cancellation.”

During his lengthy speech against Yale and other law schools, which he said “appear to be run by the mob,” Ho went on to cite several incidents in which judges and law professors have been shouted down by students during classes or speeches based on their viewpoints.

“Yale not only tolerates the cancellation of views — it actively practices it,” Ho’s prepared remarks reportedly said. “Starting today, I will no longer hire law clerks from Yale Law School. And I hope that other judges will join me as well.”

“I don’t want to cancel Yale,” Ho told Reuters in response. “I want Yale to stop cancelling people like me.”

According to The Washington Free Beacon, another conservative outlet, 12 other federal judges – from both district and circuit courts – said they would join Ho’s proposed boycott. That report, however, is entirely based on anonymous sourcing. The judges are not named.

Branch, then, is the first judge to publicly join Ho’s anti-cancel culture attempt to keep Yale law graduates away from the federal bench.

At least some of them – and well in the future.

“I accept Judge Ho’s invitation to join him in declining to consider students from Yale Law School for clerkships with me, with an exception for past and current students,” the statement reads – meaning that Branch’s self-styled method of joining the boycott won’t take place for at least three years.

The Yale Daily News reported on the latest judge to single out Yale for its alleged free speech transgressions – by highlight a letter from a Yale law student who found it “funny” that Ho would be denying jobs to conservative law graduates of the famous and elite school, which is consistently ranked among the top law schools in the country and world, in order to punish the school broadly.

Ho, a Chicago Law School graduate, was nominated to the federal bench by the 45th president in October 2017 after reportedly being promoted for a post by U.S. Sen. Ted Cruz (R-Texas). In December of that year, Ho was confirmed by the Senate in a 53-43 vote and received his judicial commission in January 2018.

Branch graduated from Emory University School of Law in Atlanta. She was originally nominated to her lifetime position in September 2017 but her nomination was returned after a judiciary committee hearing. Trump re-nominated Branch in early 2018 and she was eventually confirmed by a 72-22 vote and seated in March of that year.