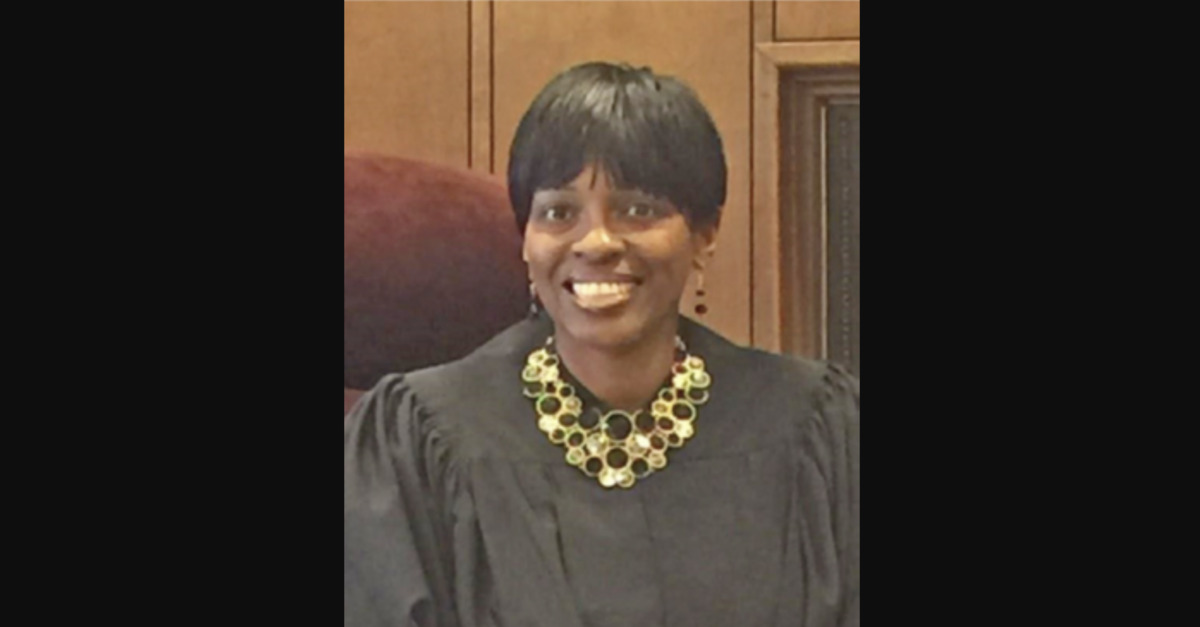 An elected judge was removed from the bench in Alabama by the state’s judicial oversight authority late last week over a series of unprofessional comments and other unbecoming actions.

Recently former judge Nakita Blocton of Jefferson County, Ala. was relieved of her duties and ordered to pay the costs of the proceedings that eventually ousted her from the court, according to a Dec. 10 special court order that resulted from a May complaint that was filed by the Yellowhammer State’s Judicial Inquiry Commission.

Noting a pattern and practice of “making inappropriate comments,” the nine judges on the panel highlighted instances in which Blocton referred to one judge as an “Uncle Tom,” called another judge a “fat bitch” and called an employee who worked for her a “heifer.”

Some of the former judge’s comments, the panel said, actually constituted “a pattern of abuse” directed towards her staff, attorneys who appeared before her and litigants in her courtroom. The “heifer” remark was cited again in this context, and the report says she also “belittled another employee” — without going into details.

And, when faced with the prospect of discipline over her behavior, Blocton apparently attempted to cover it up — albeit unsuccessfully.

“Judge Blocton also ordered employees to allow her to see their private cellphones so that information that might be relevant to the Commission’s investigation could be deleted and she instructed them to provide to her their private login information to their work computers,” the findings section of the order says.

On top of all that, the court essentially determined that the ex-jurist was a bad and overbearing boss with poor management skills.

“Judge Blocton made her employees work unreasonable hours, including excessive, unproductive, and unnecessary late night and weekends, and she made repeated threats to fire employees in an attempt to intimidate them,” the order goes on. “Blocton also called an attorney, forcing the attorney to beg Judge Blocton not to fire an employee who had spoken with a litigant about the harm she had suffered due to the delay in resolving the litigant’s case.”

Yet, despite the surfeit of time she is said to have spent at the office, Blocton apparently “failed to promptly dispose of many cases assigned to her,” even though she spent a substantial amount of time there with staff.

“Judge Blocton is unable to effectively remedy her backlog of cases,” the order went on. “Two judges were specially appointed to handle Judge Blocton’s backlog.”

Then there was what the court called the “dishonesty and deception.”

“This behavior included Judge Blocton’s use of Facebook aliases to communicate directly with litigants and to provide information to litigants in cases, asking potential witnesses to delete evidence relevant to the Commission’s investigation, and attempting to influence the testimony of witnesses (or potential witnesses) in this matter,” the nine judges unanimously determined.

In sum, the court found Blocton violated eight separate canons of judicial ethics — rules promulgated for and by judges in the state.

The disgraced adjudicator is now reportedly mulling her options.

“We were trying to keep her on the bench, and we were disappointed they removed her from the bench,” Blocton’s defense attorney Emory Anthony told Above the Law.

The court’s full order is available below: