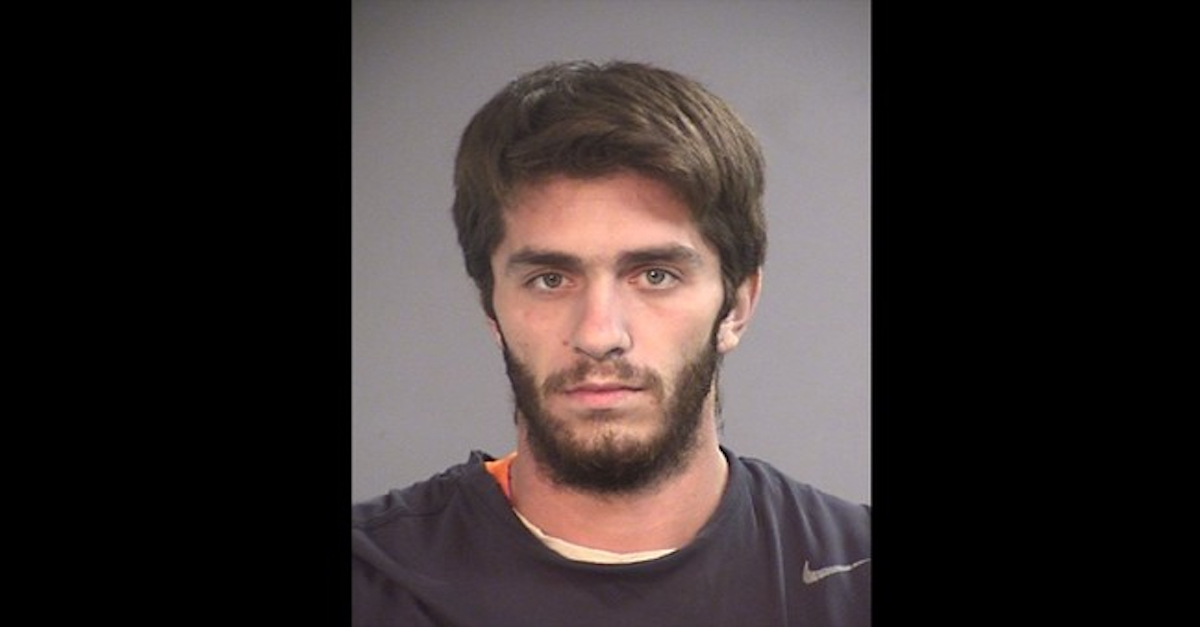 An Oregon man on Thursday admitted to brutally beating his girlfriend’s baby daughter to death in the course of a horrific sexual assault on the toddler in 2019. Russel B. D. Larsen, 25, formally pleaded guilty to one count each of first-degree manslaughter and first-degree sodomy in connection with the 2-year-old victim’s death, the Jackson County District Attorney’s Office announced.

Shockingly, an analysis performed by the Oregon State Forensic Laboratory revealed Larsen’s semen in the toddler’s mouth. An autopsy performed by the medical examiner revealed that the victim had sustained severe injuries including bruising throughout her body and “severe brain damage.”

The victim’s death was ruled a homicide caused by blunt force trauma to the head.

Circuit Court Judge Paul Moser sentenced Larsen to 25 years in prison for the sodomy charge and 10 years for the manslaughter charge, to be served consecutively. Under the sentence, Larsen will not be eligible for parole nor will he be able to have his sentence reduced for good behavior.

A grand jury initially indicted Larsen in August 2019 on the manslaughter and sodomy charges as well as charges of assault, criminal mistreatment, and felony murder. Prosecutors said they consulted with the victim’s family before negotiating a plea deal that included dropping the other charges Larsen was facing.

Officers with the Eagle Point Police Department and Emergency Medical Services on Aug. 5, 2019 responded to a 911 call concerning an unresponsive toddler at a mobile home located on S. Shasta Avenue at approximately 3:25 p.m., prosecutors said in a press release.

EMS paramedics attempted life-saving measures on the baby for approximately 45 minutes as they rushed her to the Rogue Regional Medical Center in Medford. Doctors attempted to resuscitate the child but she ultimately succumbed to her injuries and was pronounced dead later that evening.

The medical staff alerted police that the child had sustained severe and suspicious injuries, sparking a joint investigation by the Jackson County Sheriff’s Office and the Major Assault and Death Investigation Unit (MADIU). This included assistance from the Oregon State Police, Medford Police Department, and Eagle Point Police Department.

Based on witness interviews and surveillance footage, investigators determined that Larsen had moved in with the victim’s mother roughly 10 days before the assault. That morning, the victim’s mother came home for her lunch break from approximately 9:45 a.m. until 10:15 a.m. during which time she said her child was fine. She then came home for the day at approximately 2 p.m. when she said her child appeared to be asleep in her crib. The mother took a nap.

Larsen at approximately 3:20 p.m. alerted the mother that the child was not breathing and called 911.

He initially claimed he had no idea how the child was injured. Next, he claimed the child fell down and hit her head. The came a story about him tripping over the victim and falling on top of the child. Finally, Larsen said after he fell on the victim he accidentally dropped her on her head while trying to feed her.

Instead, the 2-year-old was brutally killed.

“The victim’s family was present for sentencing and several members made statements to the court,” the DA’s office said in a press release. “This was a particularly heinous crime which will have a lasting impact on her family, friends, and the community. With a guilty plea there will be no appeals and a certainty regarding the length of Mr. Larsen’s prison sentence.”