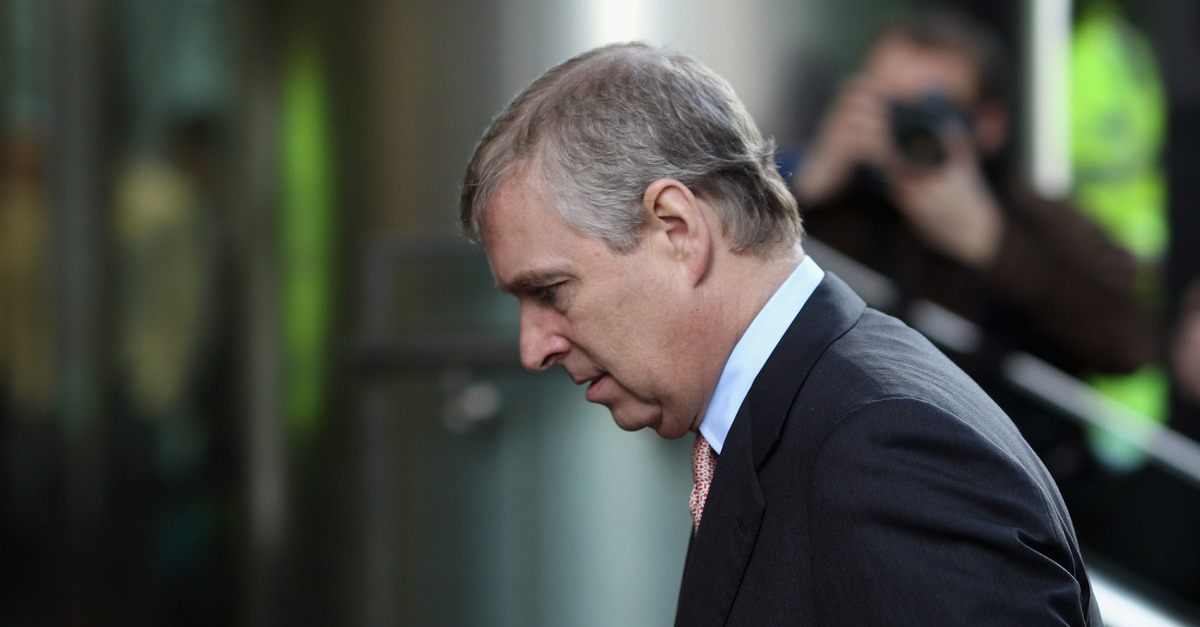 The Federal Bureau of Investigation (FBI) is launching a probe into Britain’s Prince Andrew over his role in the Jeffrey Epstein scandal.

According to The Sunday Times, the FBI is aggressively expanding its efforts in a bid to identify and speak with additional Epstein victims over the course of the next two months. It’s believed those alleged sexual trafficking victims could provide new and potentially incriminating information on the Duke of York.

The Metropolitan Police Service–also known as Scotland Yard–has been notified of the FBI’s expansion of their Epstein inquiry and their detectives are reportedly on standby to assist American investigators should those forthcoming interviews implicate the royal.

Prince Andrew has already been accused of having sex with Virginia Roberts Giuffre when she was only 17 after being offered to the Queen’s son at a London townhouse by Epstein and his alleged recruiter and groomer Ghislaine Maxwell.

“The U.S. investigation is focusing on several potential victims in the hope that they can provide more details about Prince Andrew and his connection to the Epstein case,” an anonymous source within the Department of Justice told the British outlet.

They are not going to dismiss it [claims relating to Andrew] because he is a royal.

Dai Davies is Scotland Yard’s former head of royal protection and he personally oversaw Prince Andrew’s protection during the 90s. He said it was in the “public interest” for authorities to investigate Prince Andrew now since London police previously shuttered an investigation based on claims made by Giuffre in 2015.

According to the Sunday Times, however, the allegations against Prince Andrew by Giuffre are not the only claims the FBI are looking into regarding the British noble.

“I would have thought it’s in Prince Andrew’s interests to clear this matter up,” Davies said. “Any residue of doubt or innuendo should be cleared up by a clear, unequivocal, structured investigation.”

Prince Andrew has consistently denied Giuffre’s allegations–calling them “false” and “without foundation.” In response to the latest news, the British royal family referenced those prior denials.

The FBI’s ongoing investigation hopes to contact and interview some 100 alleged sex-trafficking victims of the multimillionaire pedophile. The great majority of those girls are believed to have been between the ages of 14 and 15 when they were taken into Epstein’s global elite sex trafficking ring.