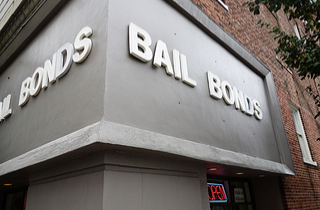 One issue in the United States that’s been gaining awareness in the last couple years is the punitive effect of the bail system, with John Oliver’s “Last Week Tonight” segment on the topic in June of 2015 getting particular attention. New York City is now set to do something about it, as Politico reports a proposal for factoring in defendants’ finances will be introduced at their Tuesday meeting. The chairman of council’s Committee on Courts and Legal Services, Rory Lancman, is the sponsor of the measure.

“If you are a poor person and you cannot pay $500 in bail, the bail might as well be set at $10 million because you can’t pay it regardless,” Lancman said. He pointed to some of the more well-known cases of non-violent, minor offenses where the accused was stuck in jail for an extended period of time due to the amount being unaffordable and thus effectively punitive. For example, there was the case of Kalief Browder, who was profiled in The New Yorker in October of 2014. He was accused of stealing a backpack, maintained his innocence, spent three years in Rikers Island jail when he couldn’t afford the $5,000 bail, and eventually committed suicide last year after he was released but couldn’t cope with the return home.

Lancman’s proposal involves making the process of factoring in defendants’ means as simple as possible. The city already contracts with various companies who provide information about the accused for arraignments, like how to contact them and factors that determine if he or she is a flight risk. Under the new measure, these companies would have to do their due diligence as to whether or not they would be able to afford bail. For example, the contracted companies would ask questions about employment status, if the defendant has a credit card, or if any family members own property that could be used as collateral towards a bond.

“Fundamentally all we are trying to do here is get the courts, the district attorneys and the defense bar the information they need to appropriately utilize the existing state statute so they can stop punishing people because of their poverty,” Lancman added. “This would make them confront the question of how much the defendant can afford before setting that bail.”

While some defense advocates, like the Legal Aid Society, are cautiously optimistic, not everyone agrees with him that confronting that question will work out well for the defendants. The possibility that the judge could see lack of employment or other resources as proof that the defendant is flight risk is a very real one, but the measure technically hasn’t even been introduced yet, so it could evolve in time.