Klobuchar’s Record as a Prosecutor Coming Back to Haunt Her? NAACP Chapter Demands End to Her Campaign 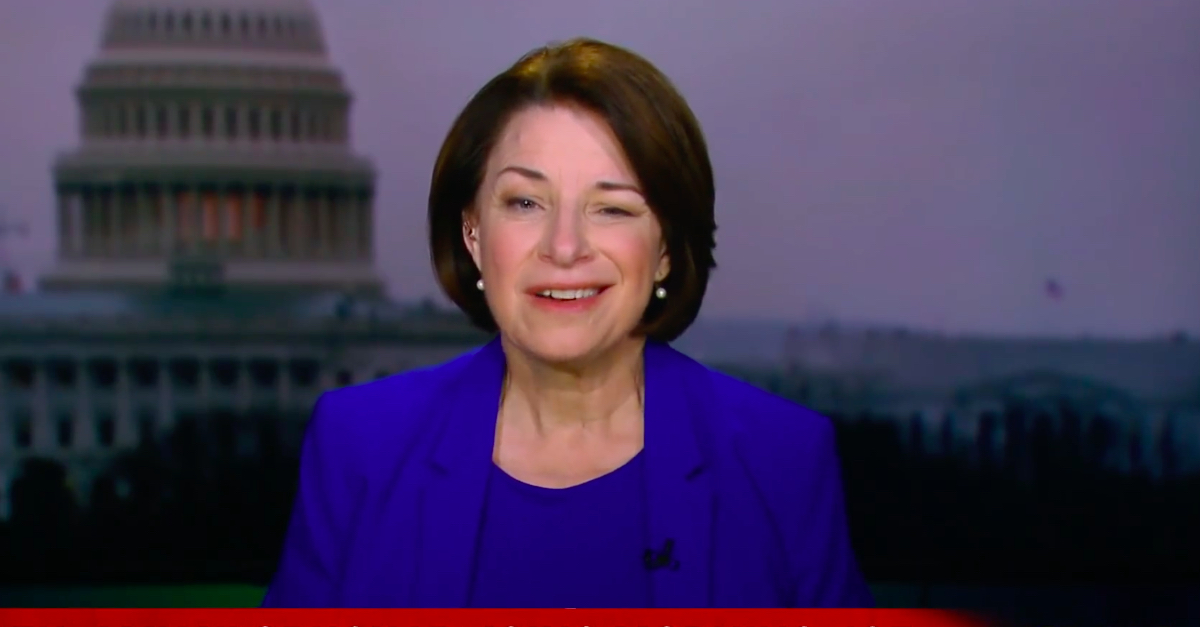 Multiple community organizations in Minnesota have called on Democratic presidential candidate Sen. Amy Klobuchar to suspend her campaign after an Associated Press investigative report revealed her role in prosecuting an African American teenager to prison for life despite an unscrupulous investigation, conflicting witness testimonies, and a glaring dearth of evidence.

Amy Klobuchar's office successfully prosecuted a young defendant in a girl's death, sending him away for life. But an @AP, @apmreports investigation raises doubts. https://t.co/OKa9x0tnvj

In touting her record as Hennepin County District Attorney, Klobuchar has specifically cited her prosecution of 16-year-old Myon Burrell as being indicative of her tough-on-crime record and an example of her providing justice for black families who lost children to gun violence.

Burrell was convicted for the 2002 murder of Tyesha Edwards, an 11-year-old girl who was killed by a stray bullet while doing homework at her dining room table. But the AP’s year-long investigation revealed new evidence and investigative inconsistencies which raise serious questions about Burrell’s guilt:

With no gun, no DNA, no fingerprints, the case against Burrell revolved around a teen rival who gave conflicting accounts of the shooting. Later, police turned to jailhouse informants, some of whom say they were coached and have since recanted. Alibis were not questioned. Key evidence has gone missing or was never obtained, including a convenience store surveillance tape that Burrell and others say would have cleared him. And the chief homicide detective was caught on camera offering cash for information — even if it was just hearsay.

Members of the Minneapolis NAACP chapter, Black Lives Matter Twin Cities, and the Racial Justice Network, responded to the report Wednesday, calling for the Minnesota senator to halt her White House bid and address the AP’s findings (Klobuchar’s attentions right now are on the impeachment trial).

“What I need people to understand is that this is not about partisanship and it’s not about politics. This is about justice. This is about what’s right and what’s wrong.” Minneapolis NAACP president Leslie Redmond said. “This is a situation that happens all around America,” she said. “This is a situation that happens right here in Minnesota. Young people, young adults, were given life sentences to rot away in prison.”

Burrell has consistently maintained his innocence and his co-defendant in the case has since confessed to firing the bullet that killed Edwards and insisted that Burrell wasn’t at the scene of the crime.

“If that man hasn’t done nothing, then he doesn’t need to be in there at all,” Winborn told local news outlet Kare11 Wednesday. Winborn also said he was concerned that his daughter’s death may have been used as political capital by Klobuchar.

“If you were young and black, and your case was tied to gangs or drugs, it was an especially scary time,” Hennepin County public defender Mary Moriarty told the Tennessee Star. “I do firmly believe that there were people convicted of crimes that they did not do.”

“I think a lot of corners were probably cut,” she added.