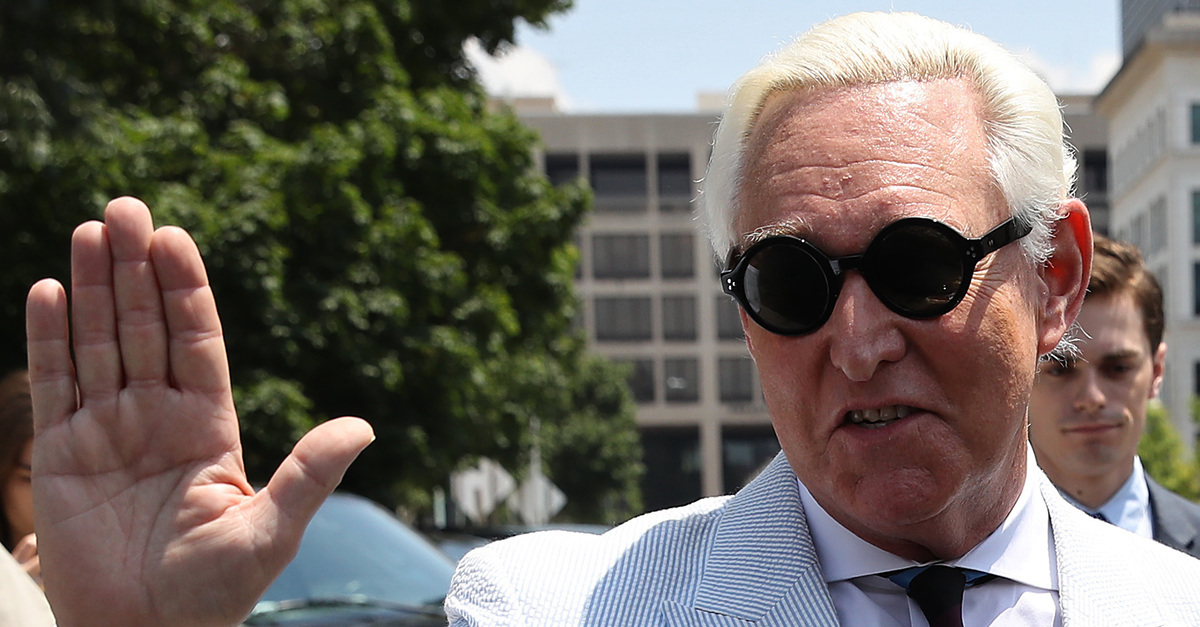 Constitutional law scholars and lawyers say that it is incorrect to argue that the “except in cases of impeachment” clause in the Constitution means President Donald Trump cannot pardon Roger Stone.

The thesis of the piece is the framers of the U.S. Constitution envisioned a scenario where a president suspected of criminality would be prohibited from pardoning a “co-conspirator.” Brettschneider wrote that “Some scholars agree that once a president has been impeached, he or she loses the power to pardon anyone for criminal offenses connected to the articles of impeachment.”

“Less noticed is that even after the Senate’s failure to convict the president, he or she does not regain this power,” Brettschneider continued.

Near the beginning of the op-ed, the author cited Northwestern constitutional law Prof. Martin H. Redish’s Dec. 2019 op-ed in the New York Times, “The President’s Pardon Power May Be Weaker Than It Seems.” The op-ed noted that for this to be true it would require an expansive and “modern constitutional interpretation” of the pardon clause in Article II Section 2 of the Constitution [emphasis ours]: “The President […] shall have power to grant reprieves and pardons for offenses against the United States, except in cases of impeachment.”

In the Times op-ed, Redish concedes that one must choose to construe the clause to mean this and that it is “[t]echnically, perhaps not” what the Founding Fathers intended:

Law&Crime reached out to constitutional law professors and lawyers and they went further than to say “technically, perhaps not.”

“While Professor Redish warns against ‘slavish’ adherence to the text of the pardon clause, this would substitute what he views as ‘slavish’ adherence to constitutional text with what constitutes lavish license to rewrite the Constitution,” Turley said. “The language cited by Professor Redish ‘except in cases of impeachment’ refers to the obvious condition that a president cannot pardon his way out of his own impeachment.”

“There is no historical or textual support for claiming that an impeached but acquitted president is limited in his use of the pardon power for the remainder of his term. Such an interpretation makes little logical or jurisprudential sense,” Turley continued. “An acquittal is a rejection of the demand for removal and often a rejection of the underlying allegations. This position would suggest that a president, once accused, can never fully recover. It is adds a type of disability for an acquitted president that is not mentioned in the test or the constitutional debates that lingers with a presidency.”

Turley said that if these arguments in favor of the Constitution limiting presidential pardon power were accepted, it would mean a president could be unjustly impeached but nonetheless lose constitutional powers.

“A president can be falsely accused or, like Andrew Johnson, impeached on the basis of an unconstitutional law,” he said. “If this interpretation were correct, House members could unjustly impeach a president with the expectation that, even if completely acquitted, they would limit his power in the use of pardons.”

In any event, per Turley, the Supreme Court would “unanimously reject such a theory even if it recognized that there was jurisdiction to review such a case (which is itself a challenging question).”

Frank Bowman, the Floyd R. Gibson Missouri Endowed Professor of Law at University of Missouri Law School, similarly told Law&Crime that he believes Profs. Brettschneider and Redish are wrong on this matter.

“The pardon power is, in my view, absolute in the sense that once a president issues a pardon, it can’t be voided or undone. The only possible limitation I see is the case of presidential self-pardon,” Bowman said. “I think one can fairly argue that such an act would not be within the original constitutional grant of authority. As to a president pardoning anyone other than himself, however, I believe that’s absolute and final.”

Bowman then pointed to a James Madison quote that both op-eds cited. Madison: “If the President be connected, in any suspicious manner, with any person, and there be grounds to believe he will shelter himself; the House of Representatives can impeach him: They can remove him if found guilty; they can suspend him when suspected, and the power will devolve on the vice-president.”

“Note that the quote from Madison relied upon by both Brettschneider and Redish doesn’t say a president may not pardon his co-conspirators. Nor does it say that such pardons would be void. Madison said only that IF a president pardoned co-conspirators, he would be impeachable on that ground. Which is certainly true,” Bowman said. “But that is, I think, the only remedy. Employing that remedy requires a Congress in which both parties have a desire to defend the country and the Constitution against an aspiring autocrat. And at this moment in American history, we are one party short on that score.”

Attorney and impeachment expert Ross Garber got right to the point.

National security lawyer Bradley P. Moss also said it was clear to him what the Founders meant in Article II Section 2.

“I’ve seen this argument before but I’ve never agreed with it from a legal perspective. In my humble opinion, the ‘exception in cases of impeachment’ refers to the idea that the president can’t pardon himself if convicted by the Senate,” he told Law&Crime. “Not to anything else.”

But wait, leaving all of that aside–Stone was convicted for witness tampering, obstruction and lying to federal investigators amid the Russia probe; prosecutors and the judge in the case said he did it to cover up for Trump. What does the Mueller probe have to do with Ukraine?

Brettschneider anticipated and addressed this question in the op-ed, reasoning that the abuse of power article passed by the House is the “general high crime at play in Ukraine and elsewhere that links the impeachment and Stone.”

That is what one might call a stretch. The House did not vote to impeach Trump for abusing his power during the Mueller probe, as the resolution shows.