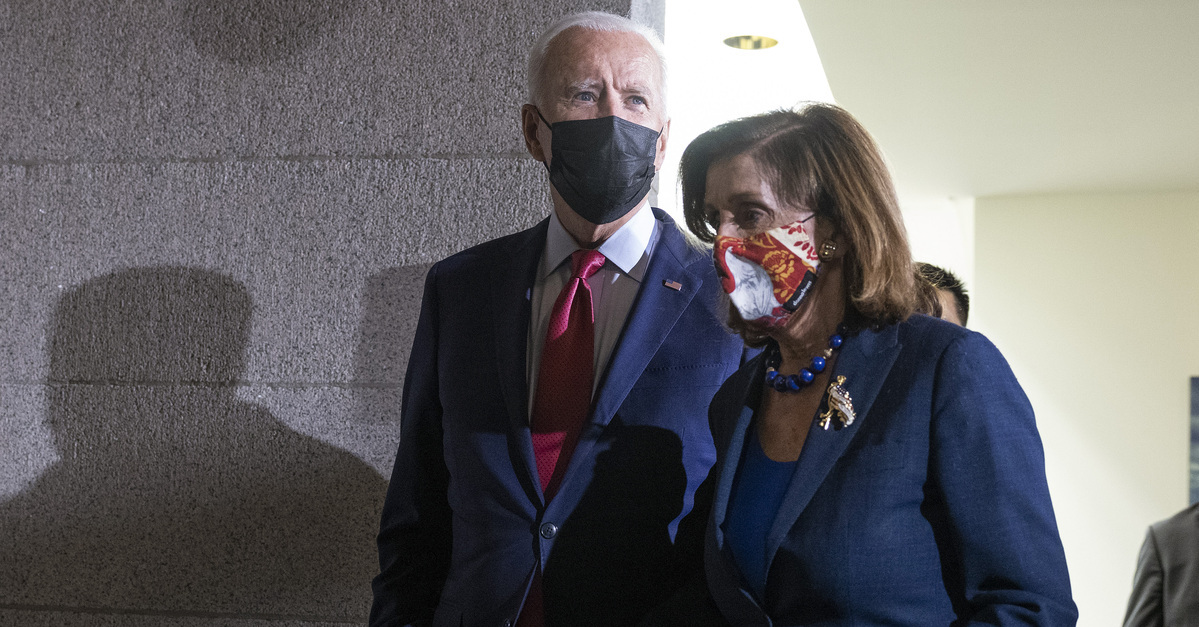 The states of Missouri and Texas sued President Joe Biden as well as several senior administration officials and immigration agencies over border wall construction in federal court on Thursday.

The 37-page complaint accuses the executive branch of “pervasive violations of the Constitution and federal law in its southwest border policy” and asks a district court to enter injunctions that would force the administration to spend congressionally appropriated funds for the construction of the border wall.

Additionally, the plaintiffs are asking a district court in South Texas to actually “enforce or implement” the barrier’s construction.

Immediately after taking office on Jan. 20, the 46th president, via executive order, instituted a pause on wall construction and called for a review of all projects and federal funding related to former president Donald Trump‘s hallmark 2016 campaign promise.

The lawsuit takes Biden to task for his own campaign promises about not building the controversial linear structure:

[W]hile on the campaign trial, then-presidential candidate Joe Biden promised termination of border wall construction, declaring that “[t]here will not be another foot of wall constructed on my administration.”

He kept his promise, breaking the law to do so.

The two conservative states note that the U.S. Congress “twice [in bills for financial years 2020 and 2021] appropriated $1.375 billion for ‘construction of a barrier system along the southwest border,’ and provided that this money ‘shall only be available for barrier systems’ [emphasis in original].”

According to the Congressional Research Service, that claim in the lawsuit is correct. Democrats in the U.S. House of Representatives, despite House Speaker Nancy Pelosi (D-Calif.) and others often loudly proclaiming never to do so, voted to fund Trump’s border wall to the tune of billions as late as the summer of 2020.

The filing claims that the Department of Homeland Security — which is also a named defendant in the lawsuit — did not consider “its own prior assessment of walls as effective security measures, and its own prior admission that it was legally obligated to spend money appropriated by Congress on border wall construction.”

“[President Biden] had neither constitutional nor statutory authority to refuse to spend funds Congress authorized mandating the construction of the border wall, and thus DHS acted without any authority in implementing the January 20 Proclamation, including cancelling contracts entered into for the purpose of building the border wall,” the filing continues. “Even if the President had any statutory authority (and he did not), he still failed to comply with federal law, and thus DHS acted without any authority to implement the January 20 Proclamation.”

Over time, contract after contract was cancelled. Earlier this month, the Biden administration put the kibosh on agreements for wall construction in Texas’s Laredo and Rio Grande Valley areas.

“By cancelling the border wall contracts and otherwise refusing to spend any money on actual construction of border barriers, DHS is precluded from complying with Congress’ mandate in the Appropriations laws at issue because cancellation of those contracts ensures that the southwest border wall will be left unfinished,” the lawsuit goes on. “Failure to comply with Congress’ mandate is unlawful, and thus DHS acted without legal authority.”

The Lone Star and Show-Me states allege seven separate causes of action. They include a separation of powers argument over allegedly pilfered funds, a violation of the Impoundment Control Act, and numerous “arbitrary and capricious” violations of the Administrative Procedure Act.

Just last week, the U.S. Supreme Court dismissed as moot a House challenge to Trump’s diversion of military funds for border wall construction. The nation’s high court sided with the Biden administration, which said that allowing the House to sue would “open the courthouse doors to a sweeping range” of legal battles.