‘A Conspiracy to Kidnap’: U.S. Immigration Agents Rounded Up Immigrants in a Foreign Country and Deported Them 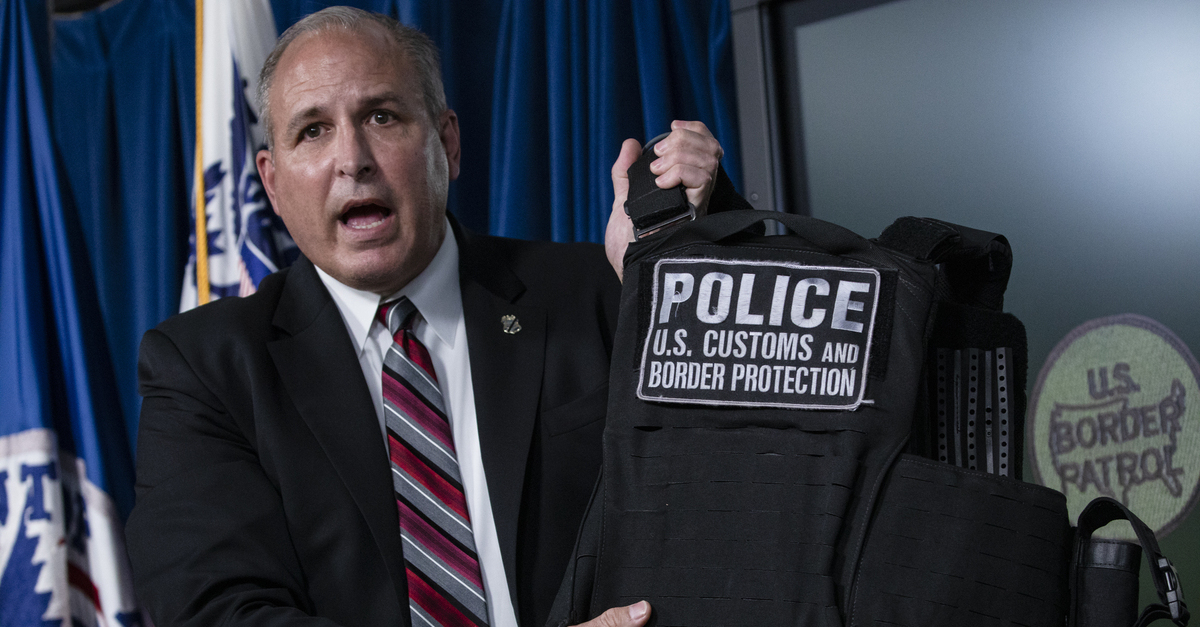 U.S. immigration agents operating under the authority of the Department of Homeland Security (DHS) conducted an operation in a foreign country that critics say amounts to “a conspiracy to kidnap.”

According to Senate Foreign Relations Committee (SFRC) report released Tuesday, U.S. Customs and Border Protection (CBP) personnel in Guatemala “transported an unidentified number of Honduran migrants in unmarked vans to relocate them to the Guatemala-Honduras border.”

DHS informed SFRC Democratic Staff that DHS personnel used the vans to transport migrant women and children, but was unable to clarify whether any family members had been separated during the operation or whether there was any process to reunify any family members that may have been separated. Moreover, the DHS operation to transport Honduran migrants was conducted in an improvised manner without any protocols in place to address security considerations or ensure the personal safety and human rights of the migrants. DHS also failed to put in place any appropriate screening for individuals seeking asylum or international protection.

“Press reports indicated that CBP personnel assumed a direct role in preventing the migrant caravan from transiting Guatemala,” the report states later on. “The State Department and DHS later confirmed that CBP personnel participating in the operation had overstepped the authority of their authorized training activities.”

“A ‘deportation’ by immigration authorities from country A that occurs in country B to people who fled country C isn’t a ‘deportation’ at all, but a conspiracy to kidnap,” he said.

Free offered additional analysis regarding the decidedly novel situation: “Throwing women and kids into vans and summarily refouling them to a country whose President’s brother your [Department of Justice] indicted for drug trafficking is a tell that you only brought the prosecution to get leverage on the foreign and domestic policy of that regime, whose coup you supported.”

In the summer of 2009, the left-wing government of Honduras was overthrown by a far-right coup d’état–which was supported by then-U.S. President Barack Obama’s administration.

Subsequent refugee crises in the years following the U.S.-backed destruction of Honduran democracy have been directly attributed to the regime of violence that developed in Central America afterwards. The report documents the first publicly-known instance of U.S. immigration agents conducting physical deportations of migrants from and/or within a foreign country.

DHS personnel have long operated in the U.S. client state of Guatemala and the Trump administration has entered into accords with the Guatemalan government over the past few years specifically on immigration matters. Still, according to the State Department, conducting interior immigration enforcement operations within a foreign country far exceeds DHS’s mandate–as well as the provisions of some of those bilateral agreements and internal U.S. government guidelines.

“In the January 2020 incident, DHS personnel stationed in Guatemala conducted a reckless operation that breached restrictions on their funding,” the report continues. “DHS initially tried to obfuscate the violation of its agreement with the State Department. Later, DHS acknowledged that its actions violated the terms of an interagency agreement between DHS and the State Department’s Bureau of International Narcotics and Law Enforcement Affairs (INL), constituting a misuse of INL funding.”

Congress originally approached the Trump administration about the alleged “kidnapping conspiracy” in January of this year, according to the report. The administration, by way of the U.S. Department of State, initially denied that any such incident occurred. The report doesn’t cast the blame on the State Department, however, but says that DHS “lied” to the agency overseeing all U.S. foreign affairs about the operation.

Additionally, the State Department responses reaffirmed that “INL’s interagency agreement with DHS in Guatemala clearly specifies U.S. personnel under this agreement will not conduct immigration or law enforcement operations; they are in country for mentoring, advising and capacity-building purposes only.”

But the story changed roughly one week later.

On January 30, the State Department told Democratic senators that their prior responses were “not accurate.”

As it turns out, the original allegations were true. CBP personnel conducted immigration and law enforcement operations inside of a foreign country using “unmarked vehicles” and “contracted drivers” to force “an untold number” of unwelcome immigrants back to the Guatemala-Honduras border.

“This explosive report is a painful reminder of how President Trump’s anti-immigrant agenda has overtaken every aspect of this administration’s work. Blurring the lines between the work of our nation’s professional diplomatic corps and that of domestic immigration enforcement agents is corrosive and wholly unacceptable,” he said in a statement. “Months before the Trump administration used similar tactics against peaceful protestors in Portland, Oregon, we now know that DHS secretly used State Department funding to rent unmarked vans in Guatemala to haul migrants back to the Guatemala-Honduras border.”

“The Department of Homeland Security and Customs and Border Protection are not authorized to act as un-deputized international migration police throughout Latin America. Congress must once again step in to serve as a check on this President’s unhinged anti-immigrant agenda,” Menendez added.