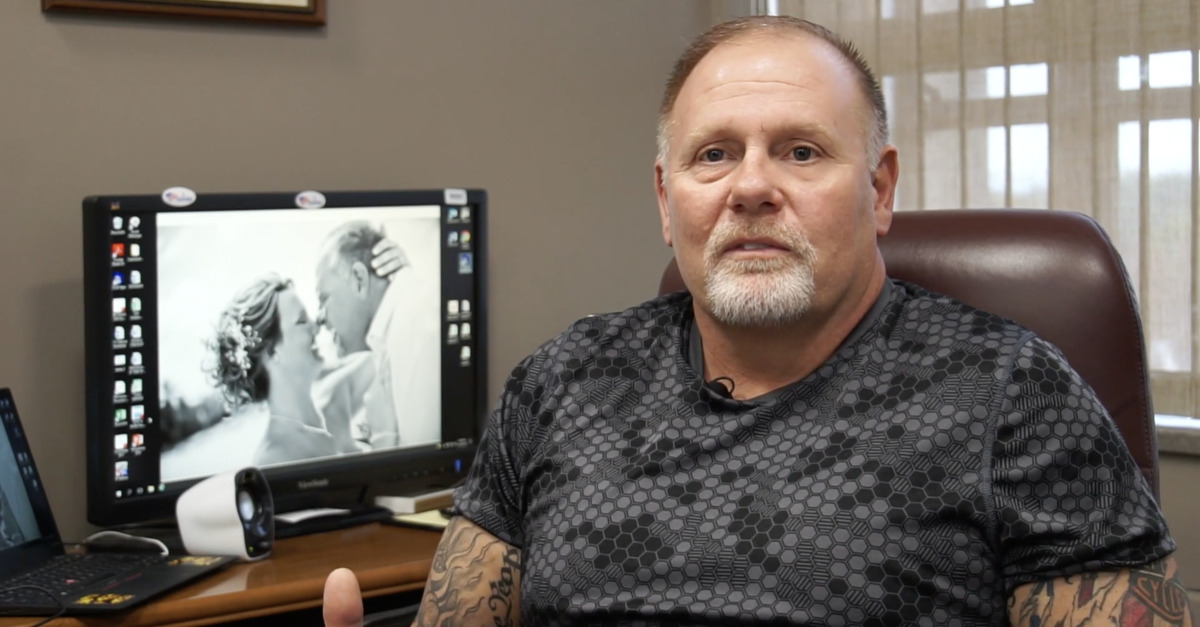 A county judge in Wisconsin was suspended by the state’s highest court for “impatient, undignified, and disrespectful speech” during court proceedings and for showing his pistol to victims of violence during a sentencing hearing and high school students during an event.

Winnebago County Circuit Judge Scott C. Woldt was given a seven-day suspension without pay in light of his behavior in a per curiam opinion by the Wisconsin Supreme Court. Two judges separately concurred and dissented in part. Two other judges did not participate.

“Having considered all of the facts of this proceeding, including all of the appropriate aggravating and mitigating factors, we conclude that a short suspension is necessary in this situation to assure the members of the public that judges will treat them with dignity, fairness, and respect when they enter the courtrooms of this state, and to impress upon Judge Woldt the seriousness of his misconduct and the need for him to change how he treats the jurors, lawyers, litigants, witnesses, victims, and staff with whom he interacts,” the court concluded–noting that Woldt’s lengthy record on the bench does not contain any previous misconduct allegations and that the adjudged infractions are over five years old.

In June 2015, a cognitively impaired defendant pleaded guilty to a stalking charge in exchange for a burglary charge being dismissed. During the sentencing hearing, one of the victims spoke about how the defendant’s behavior “had undermined the family’s sense of safety in their home, especially in light of the fact that they had two young children,” the supreme court noted in summary.

Woldt sympathized by way of a “rather lengthy soliloquy” about the threat of violence and the necessity of personal protective measures.

Then he drew his Glock.

The judge made the following comments, in relevant part:

I understand the fear of the victims in this case. When I judge people and I make decisions, the people of this county elected me, and when they elected me they elected me and my beliefs, my thoughts, and they reelected me because they agree with my beliefs and my thoughts and my experiences. Just an example is I’ve been trying to get security into this courthouse. There is none. Any one of you could have walked in today with a gun. None of us would ever know. Because I sit here and I – this isn’t the most safest place in the world, I don’t deal with the upper echelon of the community, a lot of people I meet do pretty bad things, I send people to prison – or I should say they send themselves to prison but they think I do – so I have a concern with that. So I have that fear too. So what can I tell you to do with that fear? I have tried the County Board, I have tried everything to get people to do something to keep guns out of this courthouse, and nothing happens, so you know, you got to protect yourself. I can tell you what I do now. This is what I do – (the court holds up a gun.) That I keep up here on the bench just because I want to protect myself. Now, I’m not saying you should do that but if I was in your – if I was in your situation, I’d have it on my side all the time. With today’s laws with the Castle Doctrine, you’re lucky you’re not dead because, if you would have come into my house, I keep my gun with me and you’d be dead, plain and simple, but that’s what makes this so scary.

“We have no hesitation in concluding that Judge Woldt’s comments, when combined with the unnecessary display of his personal handgun during the sentencing proceeding, constituted a failure to observe ‘high standards of conduct’ ‘so that the integrity and independence of the judiciary will be preserved,'” the opinion explains. “A judge who displays a personal gun as a ‘prop’ during a court proceeding and then immediately threatens to use it to kill the defendant if he ever broke into the judge’s residence is not demonstrating the integrity of the judiciary, and is not ‘promot[ing] public confidence in the integrity and impartiality of the judiciary.’ Such conduct does not show that the judge is conducting himself or herself as a respected judicial officer applying the law in a dispassionate and reasoned manner, as the public expects judges to do.”

The opinion then goes on at length:

Judge Woldt essentially used his sentencing comments to encourage the victims to take matters into their own hands and use a gun, as he would do. It was at that point that he brought out the handgun from under his robe to display it for dramatic emphasis. As the Panel noted, it was not necessary for any valid judicial purpose to display the gun and introduce an element of force into the sentencing hearing. Most importantly, it was immediately after displaying the gun that Judge Woldt turned to addressing the defendant, who was a young man with substantial cognitive limitations. Just two sentences after holding up the gun, Judge Woldt told this young man that he was lucky that he had not entered Judge Woldt’s house because Judge Woldt would have shot him dead on the spot with the gun that he always keeps with him (and had just displayed). That comment in connection with the display of the gun served no purpose other than to menace and frighten the young man.

The dissent, however, took great umbrage at the court’s lengthy dressing-down of Woldt and characterization of his comments and behavior.

“The majority expands its hyperbole when it moralizes, ‘it was not necessary for any valid judicial purpose to display the gun and introduce an element of force into the sentencing hearing,'” Judge Rebecca Lynn Grassl Bradley wrote. “The majority then misstates that Judge Woldt ‘threaten[ed]’ to ‘kill’ the defendant if he ever broke into the judge’s home. Judge Woldt issued no threat.”

The second showing of the judge’s gun occurred during a “Government Day” event sponsored by the local Chamber of Commerce.

“Judge Woldt displayed the gun ‘as a prop’ when responding to a student question about courthouse security generally,” the high court noted, citing the original misconduct panel’s description of the incident. “The question did not ask him whether he carried a firearm, and no one asked him to display a gun.”

Four additional incidents were also noted by the court including the use of profanity, casting aspersions about a female sexual assault victim and berating criminal defendants on two separate occasions.

Woldt was first appointed to the bench in 2004 and subsequently elected to six-year terms of office in 2005, 2011 and 2017. He did not take issue with any of the facts when the Wisconsin Judicial Commission alleged numerous incidents of misconduct against him in 2020.