West Virginia Lawmaker Faces Charges After U.S. Capitol Raid: ‘We’re In, We’re In! Derrick Evans Is In the Capitol!’ 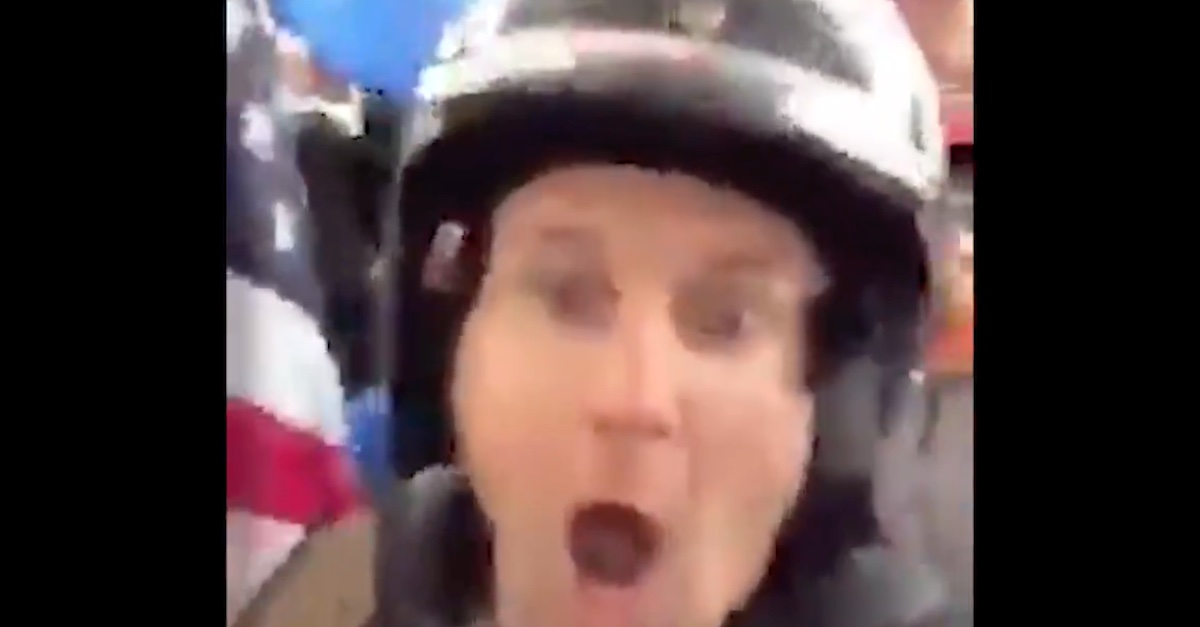 A West Virginia Republican lawmaker has been charged in connection with a raid by supporters of President Donald Trump on the U.S. Capitol, the U.S. Attorney’s Office for the District of Columbia said Saturday.

“It is alleged that on Jan. 6, 2021, Evans, a recently elected member of the West Virginia House of Delegates, streamed live to his Facebook page a video of himself joining and encouraging a crowd unlawfully entering the U.S. Capitol,” the U.S. Attorney’s Office said in a press release. “In the video, Evans is allegedly seen crossing the threshold of the doorway into the U.S. Capitol and shouting, ‘We’re in, we’re in! Derrick Evans is in the Capitol!'”

Evans resigned his position as a state lawmaker on Saturday, the Associated Press reported.

West Virginia Delegate Derrick Evans’ grandmother said this to me as her grandson was taken into federal custody.

He had nothing to say as he left federal court:

Video of Evans’ alleged crime circulated widely after he himself streamed to the world.

Derrick Evans, a newly elected lawmaker from West Virginia is among the thousands who rush inside. He livestreams it all to his Facebook page, saying, “We’re in! Derrick Evans is in the Capitol!” He later deleted the video. pic.twitter.com/u6u7rRSdzq

“It’s never a good idea to live stream your own crimes. But if you do, you’ve got to remember not to shout your own name.”

The deep breath at the end? I relate. pic.twitter.com/DUo2BMohTc

Other social media posts are attached to a charging document as evidence against Evans. 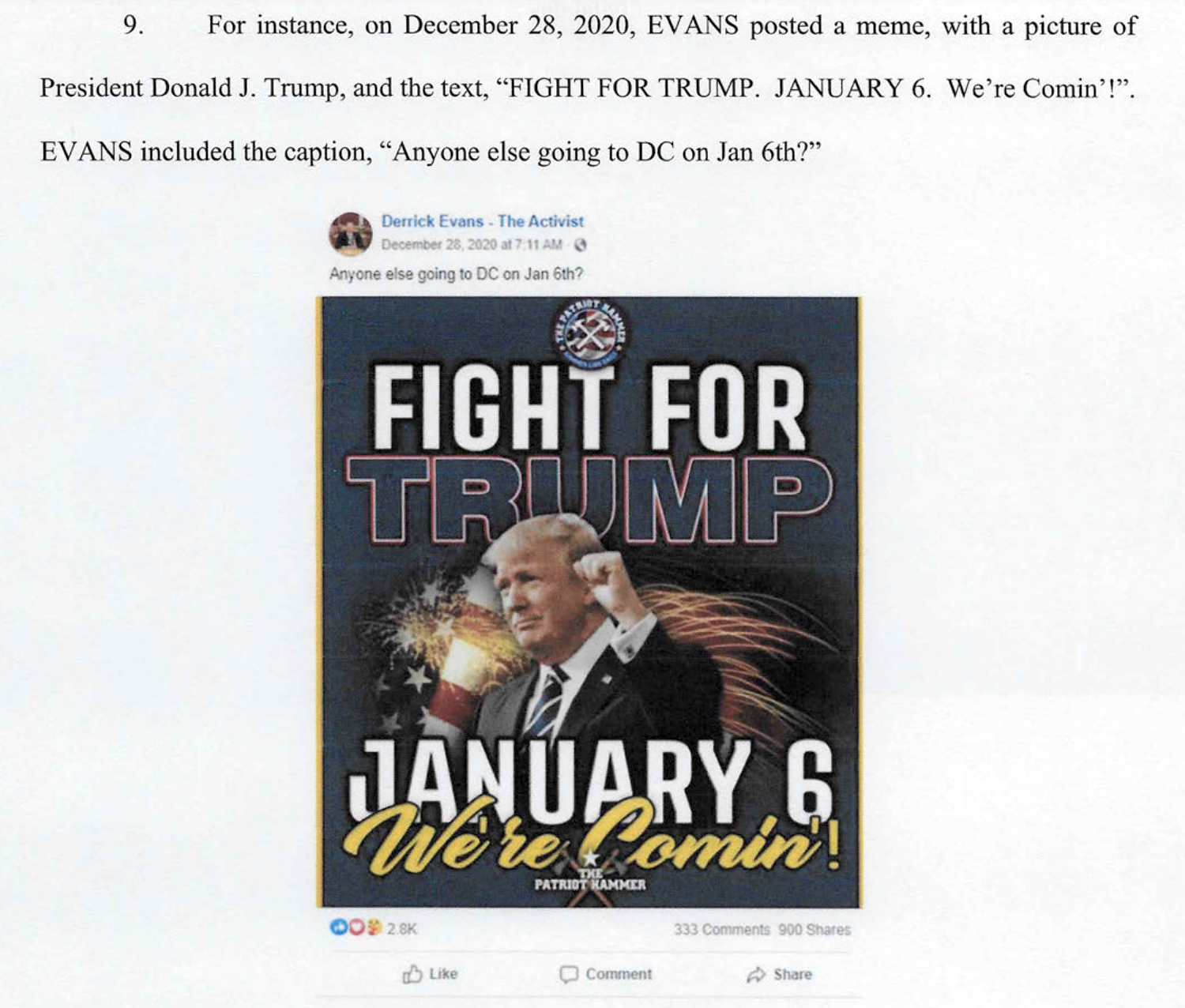 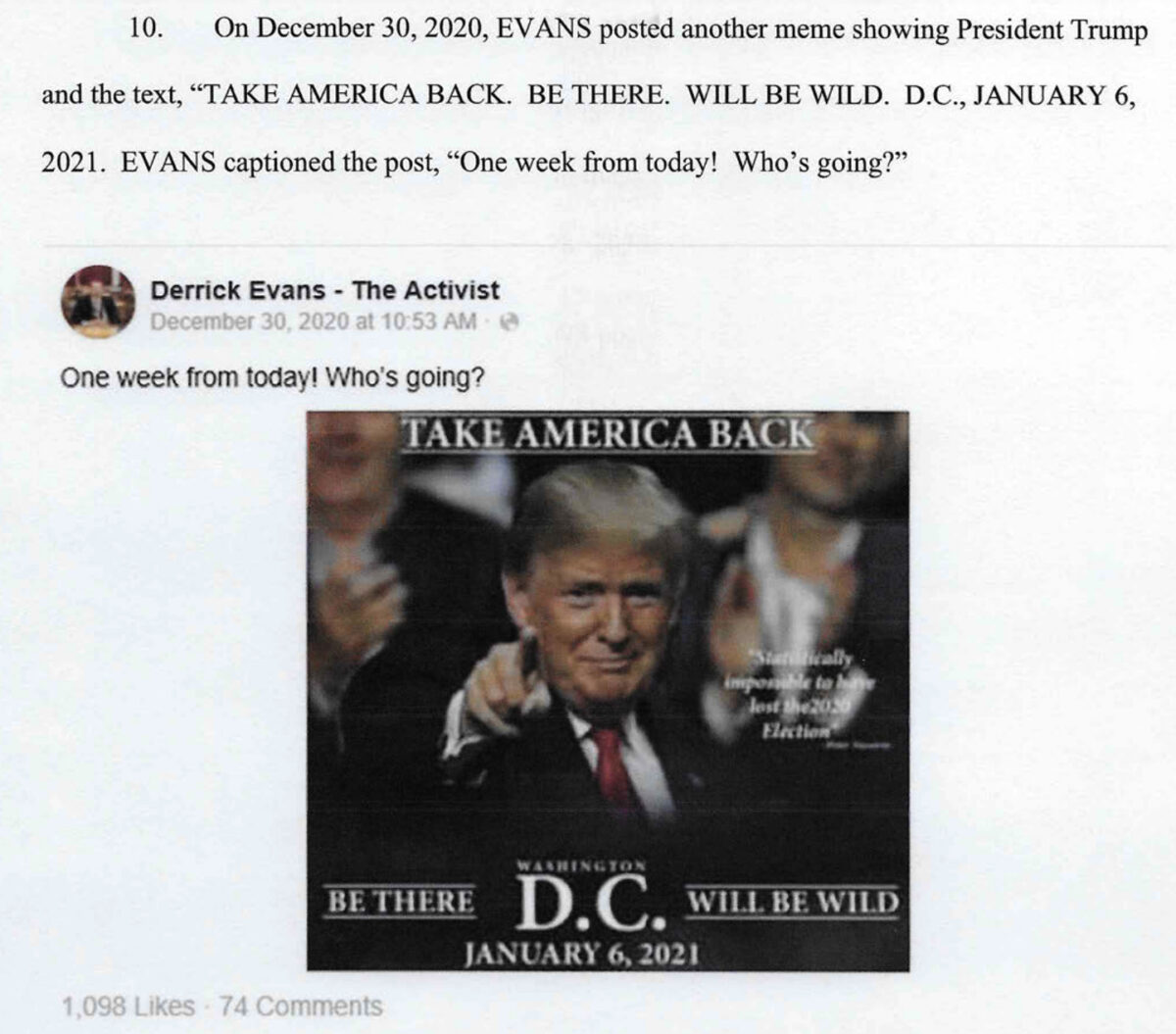 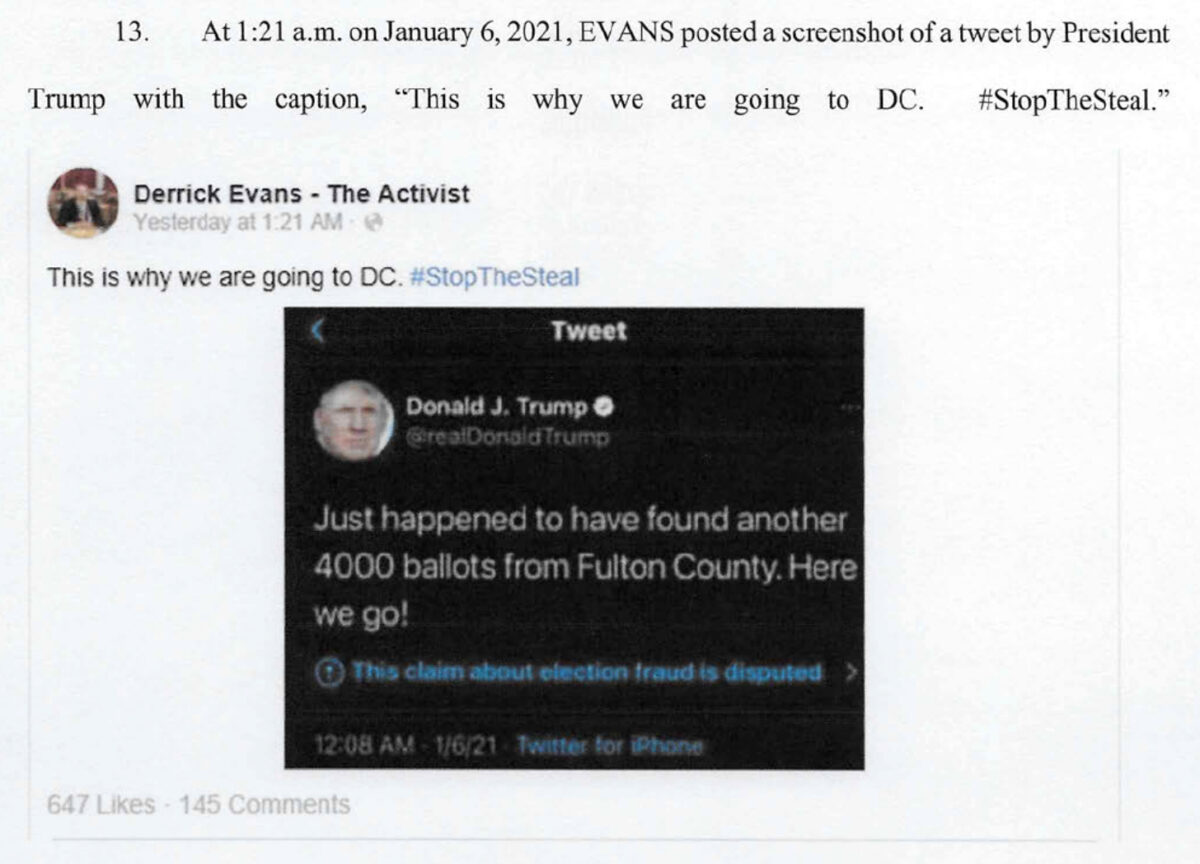 The charging document lays out the timeline of what Evans is alleged to have said in the video.

Evans said he could not see out of one eye because it had been pepper sprayed.

The charging documents say that as Evans walked through the capitol, he “appear[ed] to fist-bump” a “Capitol Police officer” while telling him “We still respect you, all right?”

The documents also state that Evans told people not to vandalize the building or destroy its contents.

Earlier, before storming the building, Evans recorded himself saying that the protesters’ target was Vice President Mike Pence, the documents allege.

“They’re making an announcement right now saying if Pence betrays us you better get your mind right because we’re storming that building,” the complaint says. It then says Evans “laughs” before saying, “I’m just the messenger, so don’t be hating on me. I’m just telling you what I’m hearing right now on the ground.”

Later, the complaint says Evans posted a statement thanking “everyone for their prayers” and saying he was “on the bus headed back home to WV.” It did not say who paid for the bus ride.

Evans said he “had the opportunity to film another event in DC” and “want[ed] to assure” everyone that he “did not have any negative interactions with law enforcement.”

He also said he did not “participate in any destruction that may have occurred.

“I was simply there as an independent member of the media to film history,” he said.

The charing document notes that Evans describes himself on Facebook as a “political candidate” and nowhere “as a member of the media.”