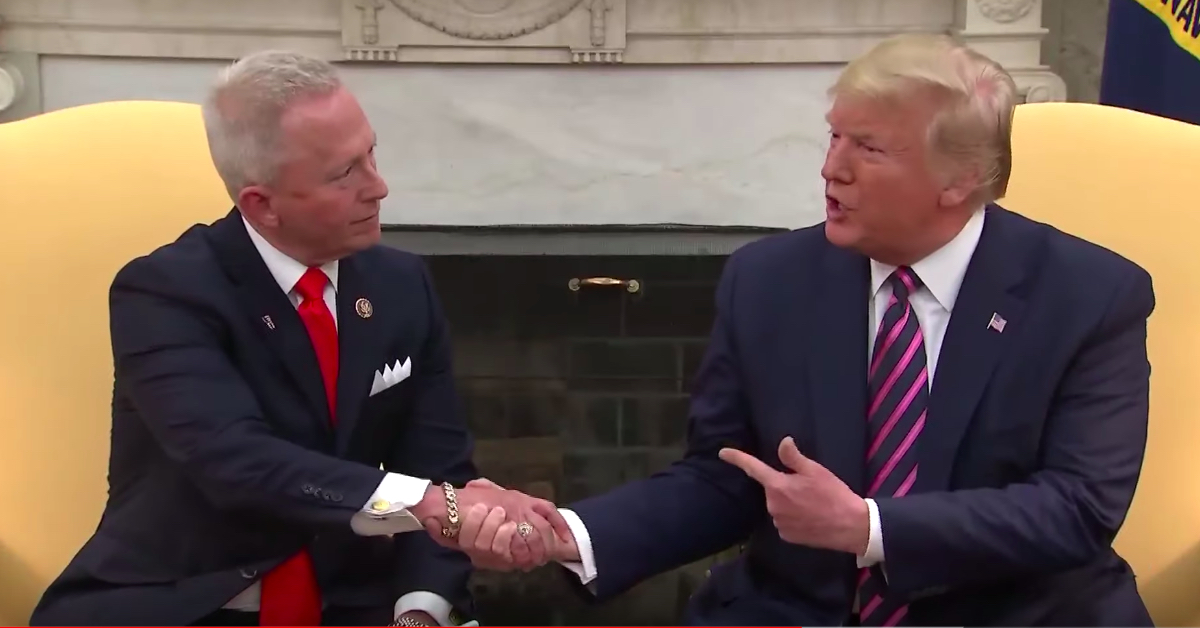 In light of the recent revelations regarding White House Senior Advisor Stephen Miller we must stand up against white supremacist terrorism and the racist rhetoric that encourages it. That is why I am an original cosponsor of H.Res. 299.

“Very big announcement – Jeff will be joining the Republican Party,” Trump said Thursday from the Oval Office with Van Drew at his side. It happened one day after Van Drew voted against impeachment.

"You have my undying support. And always."pic.twitter.com/L6jHLT3n7Z

“I believe this is just a better fit for me,” Van Drew said. “This is who I am. I’s who I always was but there was more tolerance of moderate Democrats, of Blue Dog Democrats, of conservative Democrats, and I think that’s going away.”

And Van Drew didn’t stop there, going on to pledge his “undying support” for President Trump.

“Two more things I want to say: One: you have my undying support. Always,” he said.

Before he could continue, Trump interjected, saying he felt the “same way.” Trump endorsed Van Drew for re-election.

At least six senior aides to Van Drew were not thrilled with the congressman’s decision to switch parties, and resigned.

“Sadly, Congressman Van Drew’s decision to join the ranks of the Republican Party led by Donald Trump does not align with the values we brought to this job when we joined his office,” five of them wrote in a letter.