Volunteer Fire Chief Dies in Horrific Multiple Car Pileup on the Highway Along with His 9-Month-Old Daughter. Eight Other Girls Were Also Killed. 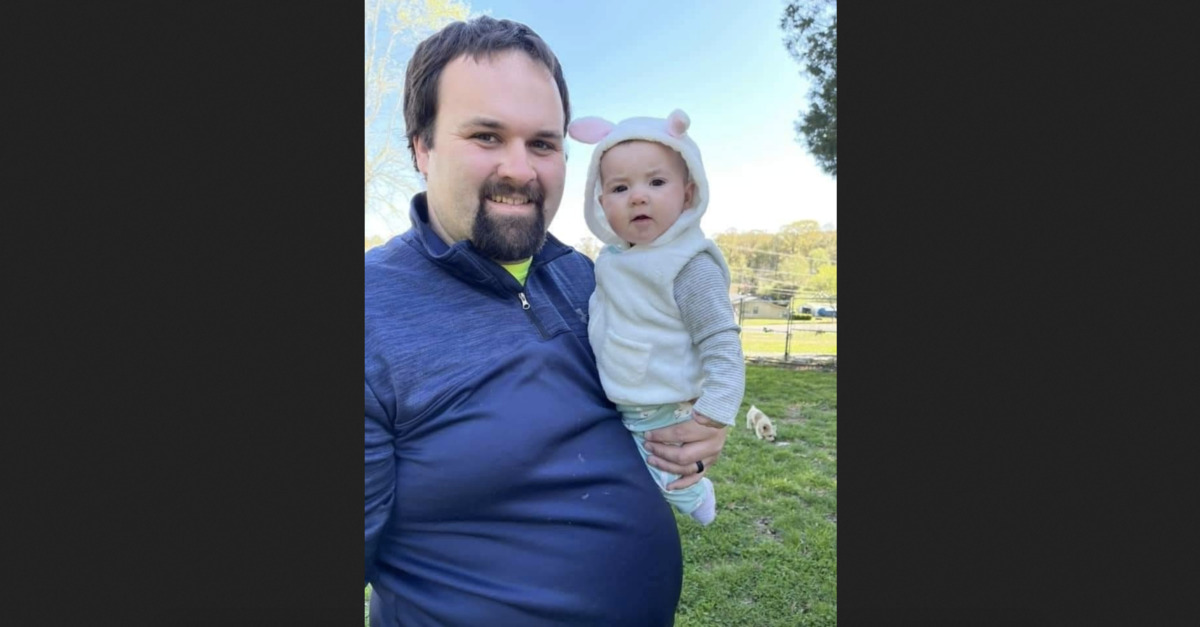 A volunteer chief fire fighter from Tennessee was killed in a car crash over the weekend along with his 9-month-old daughter.

New Hope Volunteer Fire Chief Cody Fox and his daughter Ariana were killed along with eight others in a massive, 15-plus-vehicle car wreck on Interstate Highway 65; nine of those who died were children.

According to The Chattanoogan, the incident occurred in Butler County Alabama after one vehicle began to hydroplane. Ultimately, two semis were involved in the horrific and fiery pileup late Saturday afternoon. Fox’s vehicle, a small SUV, reportedly overturned. The deceased chief’s fiancée Hayle Anderson was also injured and reportedly rushed to an intensive care unit at a nearby hospital.

While a volunteer in New Hope, Fox was employed as a member of the Emergency Management Agency (EMA) in Marion County, Tenn.

Accolades, memorials and fond remembrances of the fallen firefighter began pouring in almost just as soon as word got out.

“He is loved by so many and is such a good father,” Fox’s brother Blake Fox told local CBS affiliate WDEF. “He had a drive unlike anyone else when it came to building the family business with my dad. He was always ready to help anyone out. He always put his family first.”

“Cody Fox was the best friend, the best man, the best father,” his friend Tyler Payne wrote in a Facebook post. “He had the most sweetest and cutest daughter. Cody was my brother. I can’t believe this happened. My god rest your soul Cody and Ariana.”

“I’m at a loss for words,” EMA Director Steve Lamb said Monday. “He was a fine young man with a bright future.”

According to the Chattanooga Times Free Press, Lamb elaborated on the time he spent with Fox in a social media post on Sunday:

Words cannot express the grief I have felt since I received the call yesterday afternoon informing me of the death of Cody and his daughter in an automobile accident in southern Alabama. Cody was an integral part of the EMA staff in Marion County, always ready, always willing to serve. His upbeat attitude, his willingness to learn, and without a doubt the politest young man I have ever known, will be greatly missed.

I offer my deepest prayers for his parents and family. He was a dedicated responder, a good son, a good brother, a good father and a good friend.

I’m going to miss him terribly.

Institutions who knew the man also contributed their own memories of his life and the impact of his loss.

“Our faculty and staff have heavy hearts today as we mourn the loss of one our alumni,” Richard Hardy Memorial School, where Fox graduated from a decade ago, posted on Facebook. “Cody Fox, a member of the Class of 2011, and his 9 month old daughter was tragically killed in an accident yesterday returning from a vacation trip. We would like to express our deepest sympathies to his family.”

“The South Pittsburg Mountain Volunteer Fire Department would like to send our thoughts and prayers to the family, friends, and members of the Marion County EMA for the loss of EMA Member Cody Fox and his daughter Ariana,” the agency said in a Facebook post on Sunday. “His fiancée Hayle is currently in ICU. Please keep all these people in your thoughts and prayers.”

Fox also worked as the plant operation manager at Tennessee Rub Factory. He was pronounced dead at the scene. His daughter died at a hospital in Greenville, Ala.

In addition to the death of Cody and his infant daughter, eight girls aged four through 17 were killed after the bus they were in caught fire amidst the cascading wreckage–even as rescue crews attempted to remove them from the fatal danger on the highway.

Many of the girls who died attended the Tallapoosa County Girls Ranch–a home for abused and neglected children–which is operated by the Alabama Sheriffs Association.

Two of the deceased were the daughters of surviving ranch director Candice Gulley; another two were guests.

Ranch CEO Michael Smith told the Associated Press that the girls were heading back home after a week at the beach in Gulf Shores.

“This is the worst tragedy I’ve been a part of in my life,” he said.

The CEO returned back to the ranch to tell the other residents about the incident who were in a separate bus that was not aware of the crash.

“Words cannot explain what I saw,” Smith continued. “We love these girls like they’re our own children.”

Authorities believe the roads were slick that day because of residual rains from tropical storm Claudette.

A GoFundMe campaign started for the Tallapoosa Co. Girl’s Ranch has raised more than $300,000 as of Monday evening.