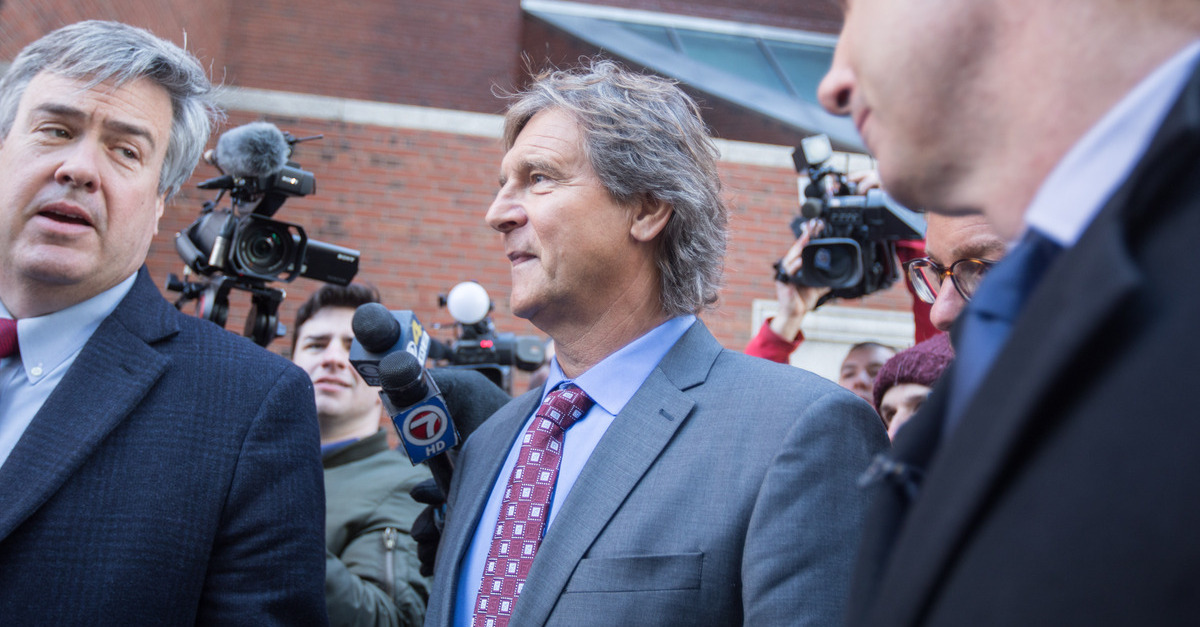 A federal judge sitting in Boston, Massachusetts on Thursday tossed out the conviction of a former University of Southern California water polo coach, who was charged in the so-called “Varsity Blues” scandal on allegations of wire fraud and conspiracy to commit bribery.

In a 60-page memorandum and order, U.S. District Judge Indira Talwani ordered a new trial for ex-coach Jovan Vavic in a significant win for the defense that could give a boost to a previously convicted parent whose legal team is preparing a forthcoming appeal.

Prosecutors alleged Vavic, misled a USC subcommittee dedicated to appraising prospective athletic recruits about the prowess of some would-be students and argued that amounts paid to USC were tantamount to bribes that benefited the coach personally.

But in doing so, the judge found, the state misstated the law.

“[W]here the government argued that a misrepresentation to [the subcommittee] plus a payment to the USC Water Polo gift account was by definition contrary to USC’s interests, the argument was not consistent with, but instead flatly ignored, the court’s instruction,” Talwani wrote. “And, however distasteful, there is nothing inherently illegal about a private institution accepting money in exchange for a student’s admission.”

The court goes on to explain in detail just how far the prosecution strayed from her instructions during closing arguments:

Talwani goes on to note that Vavic owed USC “a duty of honest services,” and that’s exactly who got the money – not some hypothetical third party such as those the prosecution also saw fit to mention in their effort to convince jurors of the former coach’s guilt.

“Although the government argues that USC would not have accepted the donations had it known why they were being made, the money benefitted USC, and USC was content to accept the money at the time it was given, as evidenced by its thank-you notes to the Wilsons and other families,” the order states.

In singling out the Wilsons, the Talwani order notably tees up, by name, the forthcoming appeal mentioned above.

In October 2021, private equity financier John Wilson was convicted on various charges related to the $220,000 he paid to USC to have his son, who did play water polo, accepted as a recruit. Prosecutors said the boy wasn’t good enough to compete at the college level and equated the amounts his dad paid to the school with bribes.

Vavic was convicted after only the second trial that’s been held during the entirety of the college admissions scandal so far; Wilson’s joint trial, with ex-casino executive Gamal Abdelaziz, was the first.

But in ordering Vavic a new trial, the court cast doubt on various government theories of the alleged bribery scheme:

The government’s argument is further undermined here where there was no suggestion that USC returned the money once the scheme was revealed. That the later federal criminal investigations and resultant publicity of the practice may have caused reputational harm to USC does not change the fact that the money itself was paid to the institution. That Vavic may have gained a professional boost from bringing in the money cannot, without more, be the basis for an honest services fraud conviction. To find otherwise would be to resurrect the undisclosed self-dealing theory that the Supreme Court rejected in [a precedential case] and make causing reputational harm to one’s employer sufficient to support a criminal prosecution…The resulting prejudice…on the funds paid to the USC Water Polo gift account that the government concedes were not misused, warrants a new trial.

An attorney for Wilson praised the Vavic ruling.

“Judge Talwani’s ruling correctly rejects the prosecution’s claim that John Wilson’s donations were bribes,” former solicitor general and current appellate attorney Noel Francisco told Law&Crime. “Indeed, the prosecution cannot identify a single example in all of American legal history where the victim and beneficiary of a ‘bribe’ were one and the same. We look forward to presenting this and other issues to the Court of Appeals on November 7.”

The full Vavic order is available below: